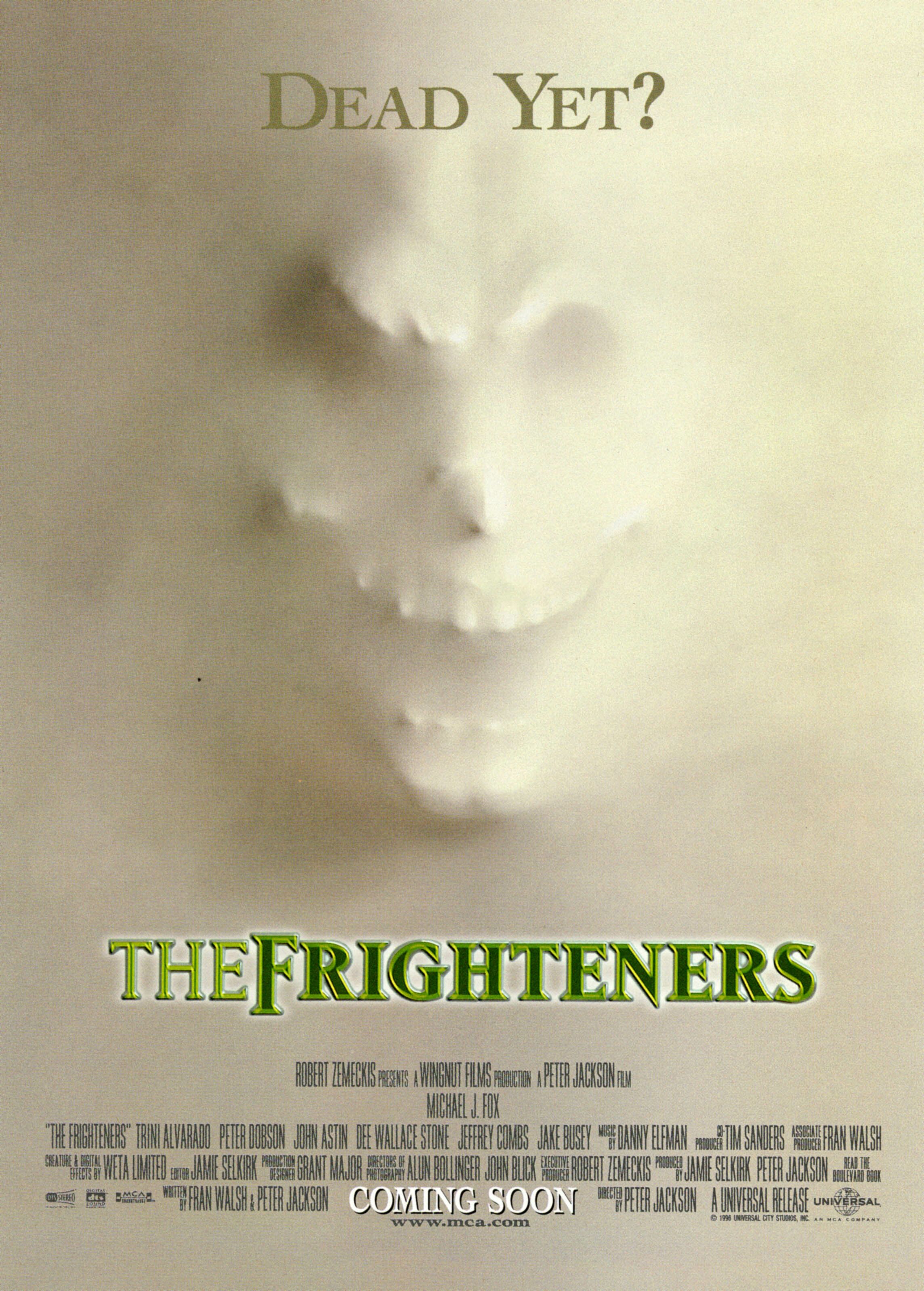 I needed a palate cleanser after watching The Exorcist today, so I watched Michael J. Fox’s horror/comedy The Frighteners for the October Horror Binge.  Do you know what?  That film was way creepier and more intense than I remembered it being.

I always liked The Frighteners even though it was considered one of Michael J. Fox’s less successful films after his huge trilogy with the Back to the Future films.  It did not make a lot of money, but the special effects for the time were quite well received and hold up today.

Fox is former architect Frank Bannister, whose wife was killed by a vengeful spirit and he gained a psychic ability to see spirits.  His wife’s death sent Frank on a spiral, to the point where he was using his ability to scam people as an exorcist of evil spirits.

However, the same dark spirit that killed his wife has returned to town and has begun killing again, making it look as if perfectly healthy people were falling over dead with heart attacks.  Frank, though, begins to see people with numbers on their foreheads, indicating who is the next victim.

I had not known that Peter Jackson, famed director of the Lord of the Rings trilogy,  had directed this little gem.  It showed what Jackson could do with CGI ghosts and battles before the jaunt into Middle Earth.

Some of the humor of the film felt a little forced and the tone of the movie did bounce around some.  The character of the FBI agent Milton Dammers (Jeffrey Combs) seemed to be a strange addition to the storyline.  He was a twitchy Fed who did not really serve to do anything much to push the story along.  I would have liked to see that character re-imagined and added into the mix in a different manner.

And the eventual killer was pretty obvious, but there was a neat little twist at the end that worked, for the most part.

This was a fun film that worked more than it didn’t and contains the always charming Michael J. Fox in a role slightly different than we are used to seeing him in.  I enjoyed The Frighteners more than most.