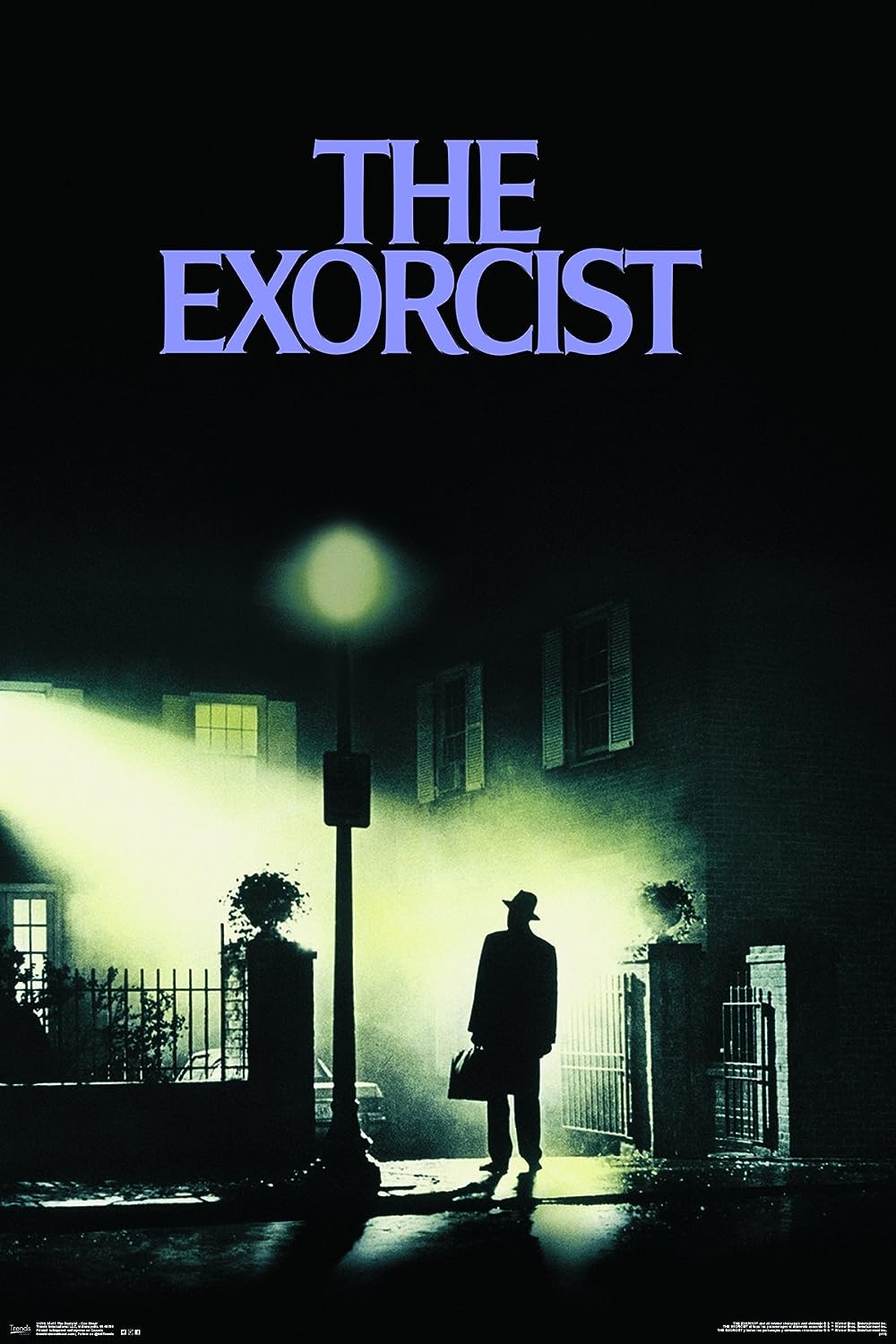 Bringing out the big guns now.

Perhaps one of the scariest, most iconic horror movies ever made is next in the October Horror Binge, and it is one that I am happy I watched in the middle of the afternoon.  I can only imagine what this would be like watching in the dark at night.

The Exorcist is one of those movies that everyone knows about and has transcended the genre of horror into the lexicon of pop culture.  There are so many scenes in this movie that have been parodied or imitated that it is somewhat difficult to watch the original without thinking about these examples.  To illustrate, when finished with The Exorcist, I pulled up the clip from Whose Line is it Anyway featuring the Scene to Rap on the Exorcist.

This movie became the first horror movie to be nominated for a best Picture Academy Award and has been the top grossing horror film of all time until recently when it was unseated by It.

This is the story of a young girl Regan (Linda Blair) who become possessed by a demon and her desperate mother (Ellen Burstyn) tried to find someone who would help them.  After exhausting the medical community, she turned to the church and Father Damien Karras (Jason Miller).  He brought in another priest Lankester Merrin (Max von Sydow) who has more experience in the ritual.

William Friedkin directed the film, based on the novel by William Peter Blatty, which was based on the last known Catholic sanctioned exorcism in the United States.  Many of the specific details were changed, but much of the story is represented well in the movie.

No doubt, The Exorcist shook up the movie going public when it was released in 1973 and it has been creating a stir ever since.  It is as iconic a movie as you are going to find.