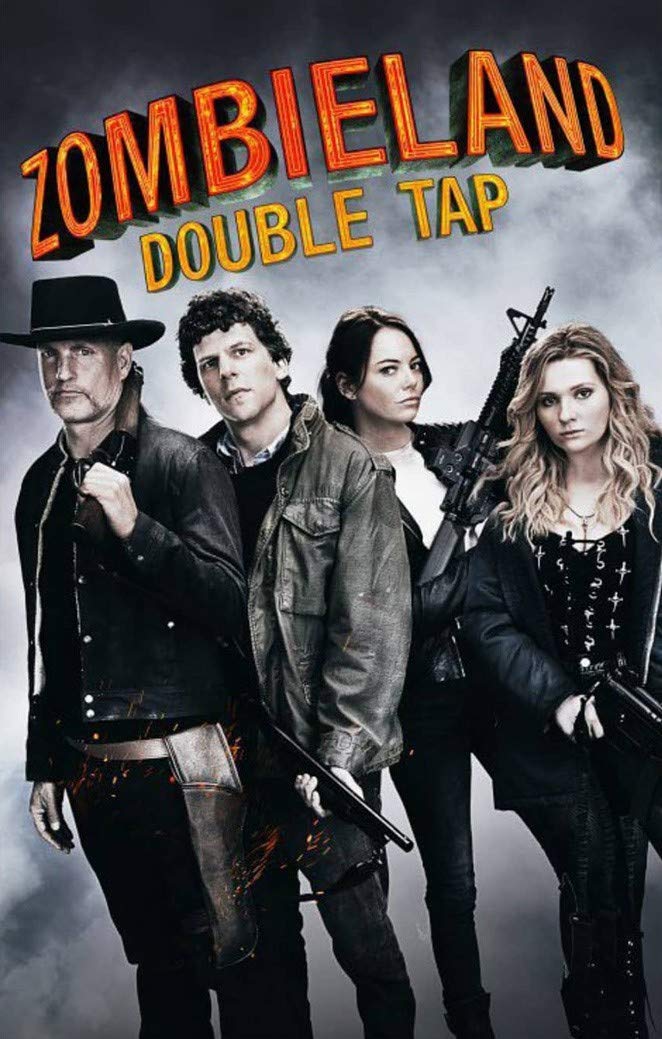 I was very wary about this movie.  I absolutely loved the original Zombieland.  It was such a surprise when I saw it because I did not expect much of anything.  I remember clearly watching the movie is our local theater and just being completely engulfed in the world and the humor of the movie.  It was so great.

However, I have to say that the idea of a sequel eight years after the original release had me picturing such failed films as Dumb and Dumber To, Zoolander 2 and Vacation.  Worse yet, the trailers were anything but huge successes for me.  I was unimpressed with what I had seen so far. So the combination of this made me nervous for this film.

Zombieland: Double Tap (which, if you remember, double tap is rule #2 on Columbus’s list of rules, fitting for the second movie) does not reach the heights of that first film, but it is an enjoyable and funny film with heart and a group of characters that we care about.

Little Rock (Abigail Breslin) had no one her own age to be with and her “family” was getting on her nerves.  She was tiring of Tallahassee (Woody Harrelson) acting as a surrogate father and her sister Wichita (Emma Stone) and Columbus (Jesse Eisenberg) carrying on their relationship.  She decides to leave the White House, where the group had set up their “home” and find her own path.

Unfortunately, the zombie world had become more dangerous with the evolution of some of the zombie types so the others followed after Little Rock in an attempt to protect her.

Honestly, the narrative structure of this movie was one of the glaring weaknesses because it felt more like a series of short skits strung together with little connectivity outside of life in Zombieland.  Still, most of those skits were funny and reasonably charming so the lack of a true narrative and some pacing issues did not hurt the film much.

The strength is, of course, the great cast of characters that we met in the original and return to here.  There are some fun new additions too, especially Zoey Deutch’s Madison, the blonde airhead who stole every scene she was in.  The always great Rosario Dawson was also a wonderful addition to the cast as Nevada.

I was not a huge fan of the arrival of Albuquerque (Luke Wilson) and Flagstaff (Thomas Middleditch), although I do love how EVERYBODY is using the city where they were from as their name now.  This pairing felt like it was an old cliche and not worth the time it spent.  Plus, the result of the situation with these two resoled itself exactly the same way (or so we thought) that Madison’s situation had resolved.  It felt like a cheap repeat.

The use of the rules on the screen continued to be a lot of fun, as did the “Zombie Kill of the Year” joke.  It felt as if these running gags might get old, but they seemed to have enough gas for this movie still.