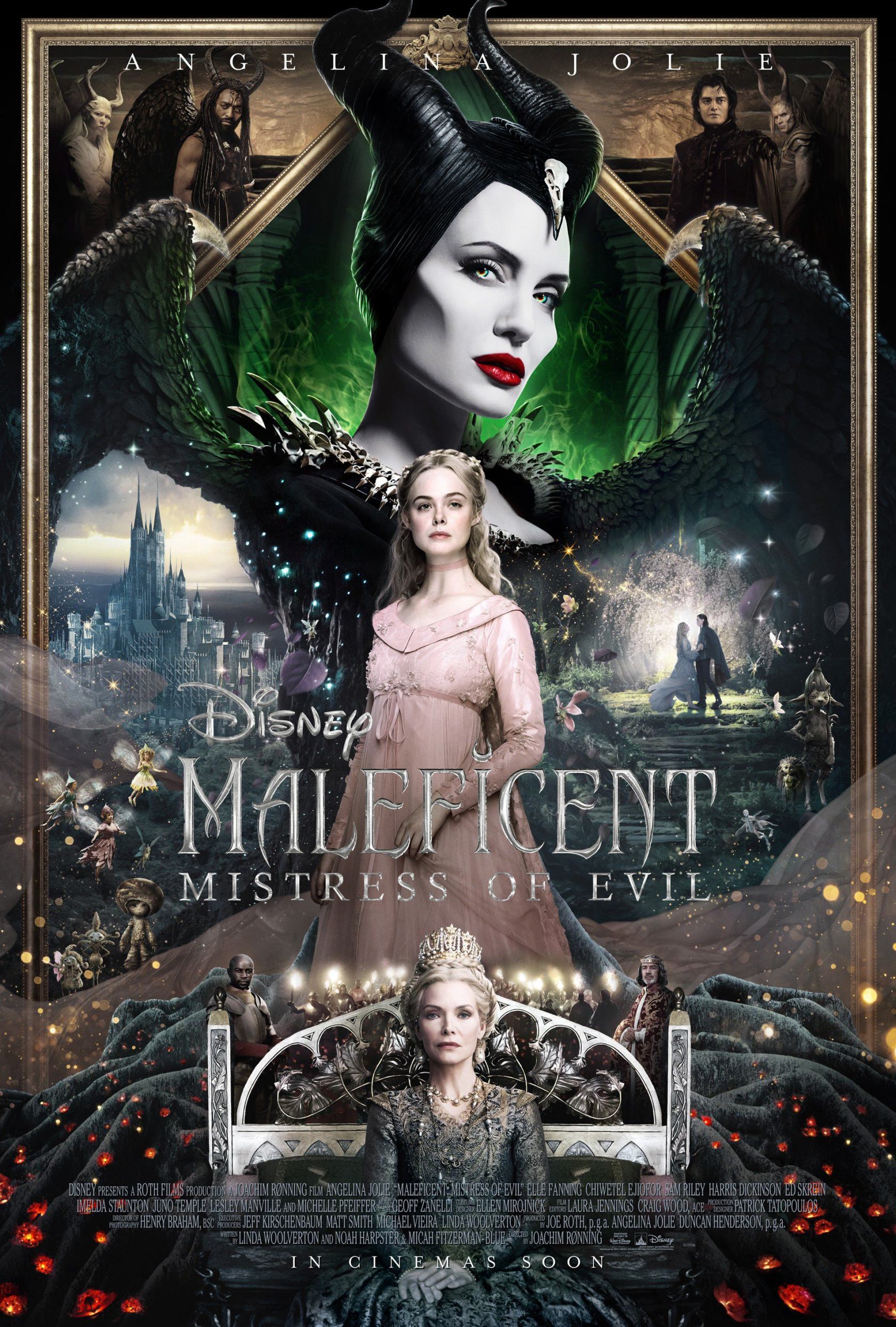 This was my second movie sequel of the day.

As opposed to Zombieland, I was not much of a fan of the original Maleficent film Disney released five years ago and I was not waiting for a sequel.

Much like Zombieland: Double Tap, the trailers for Maleficent: Mistress of Evil did little to excite me.

The “daughter” that Maleficent (Angelina Jolie) raised, Aurora (Elle Fanning), was planning on marrying the prince of the neighboring land, Philip (Harris Dickinson), which meant that Maleficent had to be introduced to the King (Robert Lindsay) and the Queen (Michelle Pfeiffer).

Problem:  Queen Ingrith was not what she seemed.

I do not want to spoil the movie, but I will state that the first 20-30 minutes of Maleficent: Mistress of Evil is fantastic and contains perhaps the best dinner scene in years.  The tension between Angelina Jolie and Michelle Pfeiffer is off the charts and worth every second.  It is easily the best scene in the movie.  Unfortunately, the remainder of the movie is only okay.

I did not expect to like this movie, so there is that.  Angelina Jolie is absolutely stunning as Maleficent and every second she is on screen is magic.  Unfortunately, even though there is a fascinating back story involving Maleficent and her race, the dark fae, we do not see enough of Angelina Jolie.  She seems to disappear in the middle of the movie, and it suffers for it.  Every moment she was on the screen I was taken by her beauty and her absolute appeal.

Pfeiffer, after that initial dinner scene, really slips into a one note character and never really catches the momentum that was lost after the first act.

The movie was desperately predictable too, although that is not the worst crime.  There are some things that were quite silly that happened in the third act that brought the film down some, but the overall performances and the beauty of the look were able to overcome some of the films distinct flaws.

Sadly, Chiwetel Ejiofor was totally wasted in the movie.  Some initial chemistry with Jolie is wasted as the amazing actor is in the background, and, because of that, I did not feel the connection the film hoped that I would between Ejiofor and Jolie.

There were some intriguing storyline ideas that were brought up in Mistress of Evil, but were not given enough attention.  There was a potential genocide in the film, but since it brushes past it quickly, there was not enough weight given to these plot points to make them anything more than surface level.  It is impressive that the plot points are here at all though, since this is a family film from Disney.

This film was helped by the fact that I did not enjoy the original film much and, despite its flaws, this is definitely better than that.  While the overall film is fine, the scenes with Angelina Jolie are wondrous.