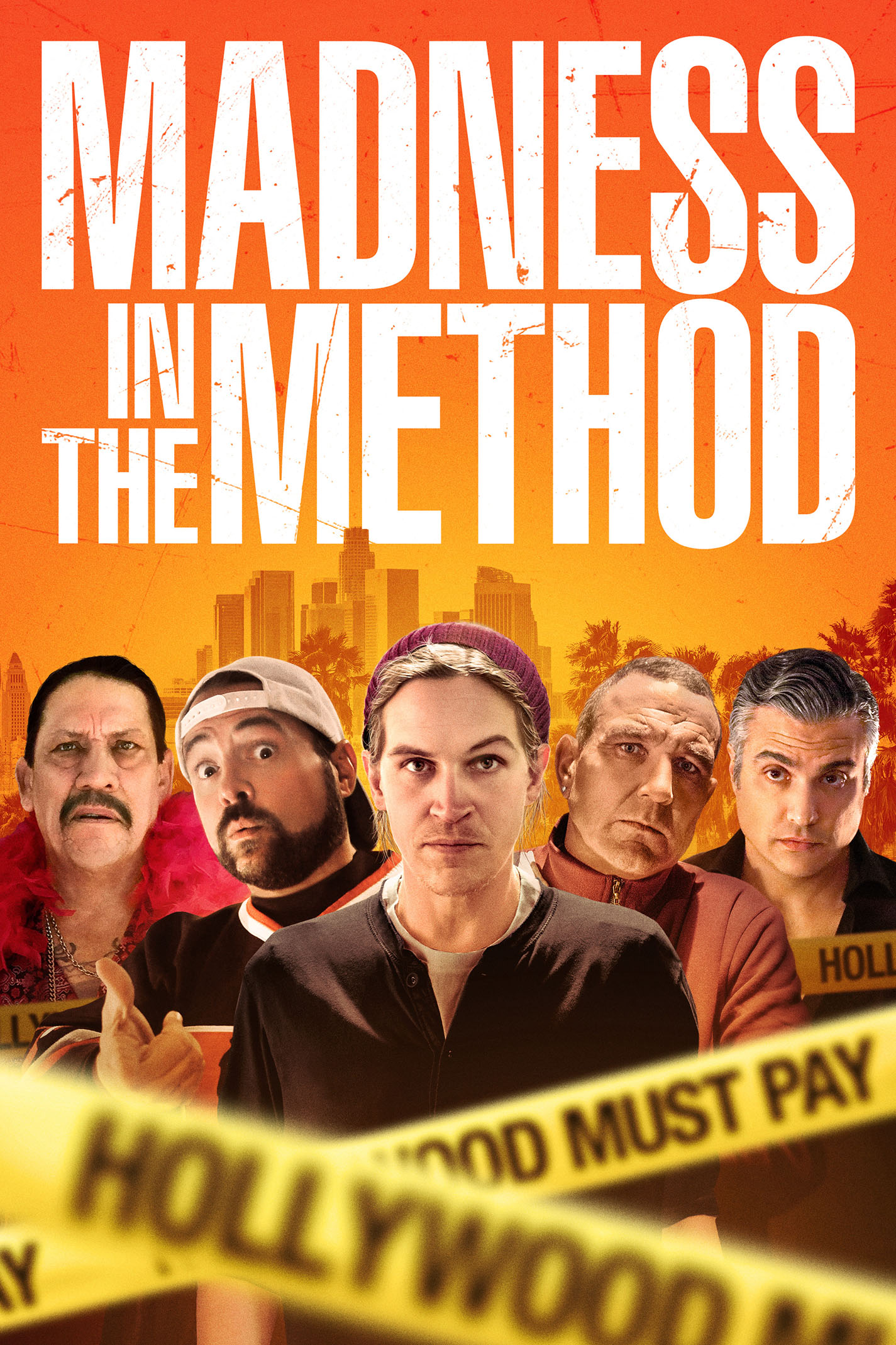 I was watching Collider Live’s Thanksgiving episode and Roxy Striar, one of the co-hosts of the YouTube show, said that she was thankful for her chance to be in a movie this year with Stan Lee.  I had no idea what that was.

So I went to IMDB so see what movie Roxy was in this year.  It told me that it was Madness in the Method.  It was directed by and starred Jason Mewes, the “Jay” in the Jay and Silent Bob pairing from Kevin Smith movies.

It was on Amazon Prime so I gave it a chance because I love Roxy and, of course, Stan Lee.

As this movie started, I hated what I saw.  I found this really dumb and idiotic. It was heading toward my worst list of the year.

And then, strangely, I started to find some of the film oddly funny.  There were a bunch of cameos and guest stars that were fun. Where the film seemed to take a bit of a twist was when Dean Cain arrived in a cameo.  He was really funny and it changed my perception of the film.

The story, based on Mewes finding a book on Method acting that causes him to change who he is, becomes very dark.  It was ridiculous but I was not hating it any more.

Mewes, playing himself, as he followed the evil Method, was becoming darker and more wicked with each second and the more darkness he showed, the film got better.   Don’t misunderstand me, it was not good, but it was no longer going to be the horrid film that it looked like the direction it was heading.

Vinnie Jones was great too, as was his eventual fate.  I enjoyed Kevin Smith too.

The movie was not great.  In fact, I can’t recommend it, but if you want a silly stupid movie, this could give you some fun.