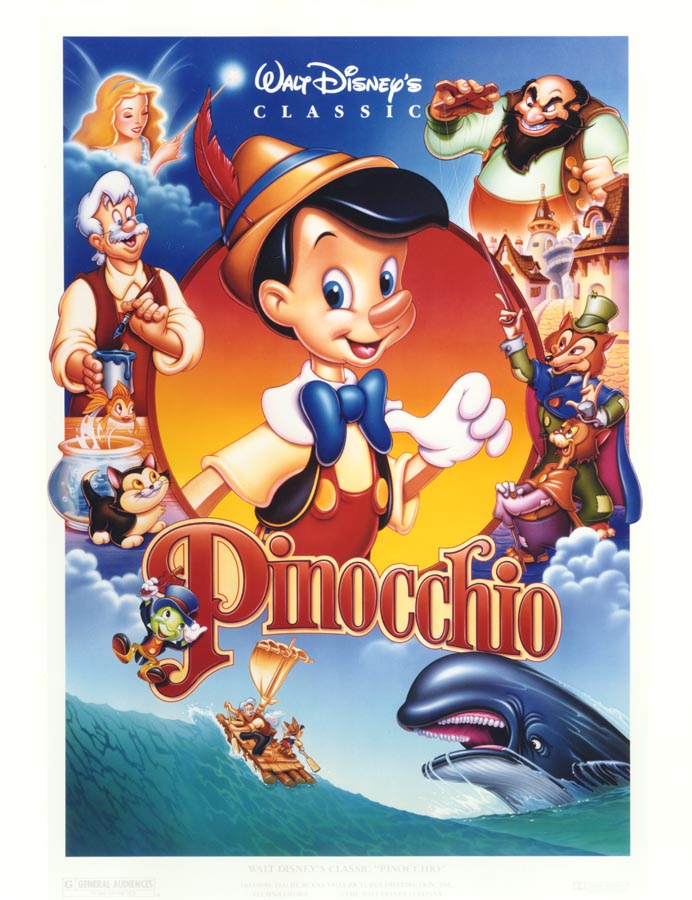 Holy cow.  It had been a long time since I saw Disney’s Pinocchio and I did not remember just how dark this thing was.

Man, this animated film was scarier than many of the horror movies that came out this year.

Legitimately, the scene where Pinocchio was turning into the donkey, especially the spot where the shadow was being shown was frightening. The entire sequence with the whale Monstro was as intense of a stretch as yo are going to have in an animated film.  The wicked creatures such as Stromboli, Honest John, and the Coachman never get any comeuppance for their foul deeds.

I am 100% certain that there were several nightmares induced from this film.

There is also a good message here about doing the right thing and not lying, but it is all encompassed with the nightmare juice.

I really enjoyed it.

Of course, I would not recommend you show your 8-year old this movie.  Wait until they are a little older.  But Pinocchio is an iconic film with some of the most well-known Disney songs of all time, including “When You Wish Upon a Star.”

Pinocchio was naive as could be, believing just about anything these characters told him.  One of those “born yesterday” things.  But his bravery in face of the raging Monstro helped lead him to becoming a real boy.

The animation for 1940 was beautiful and added to the entire presentation.  Considered one of the greatest animated movies of all time.