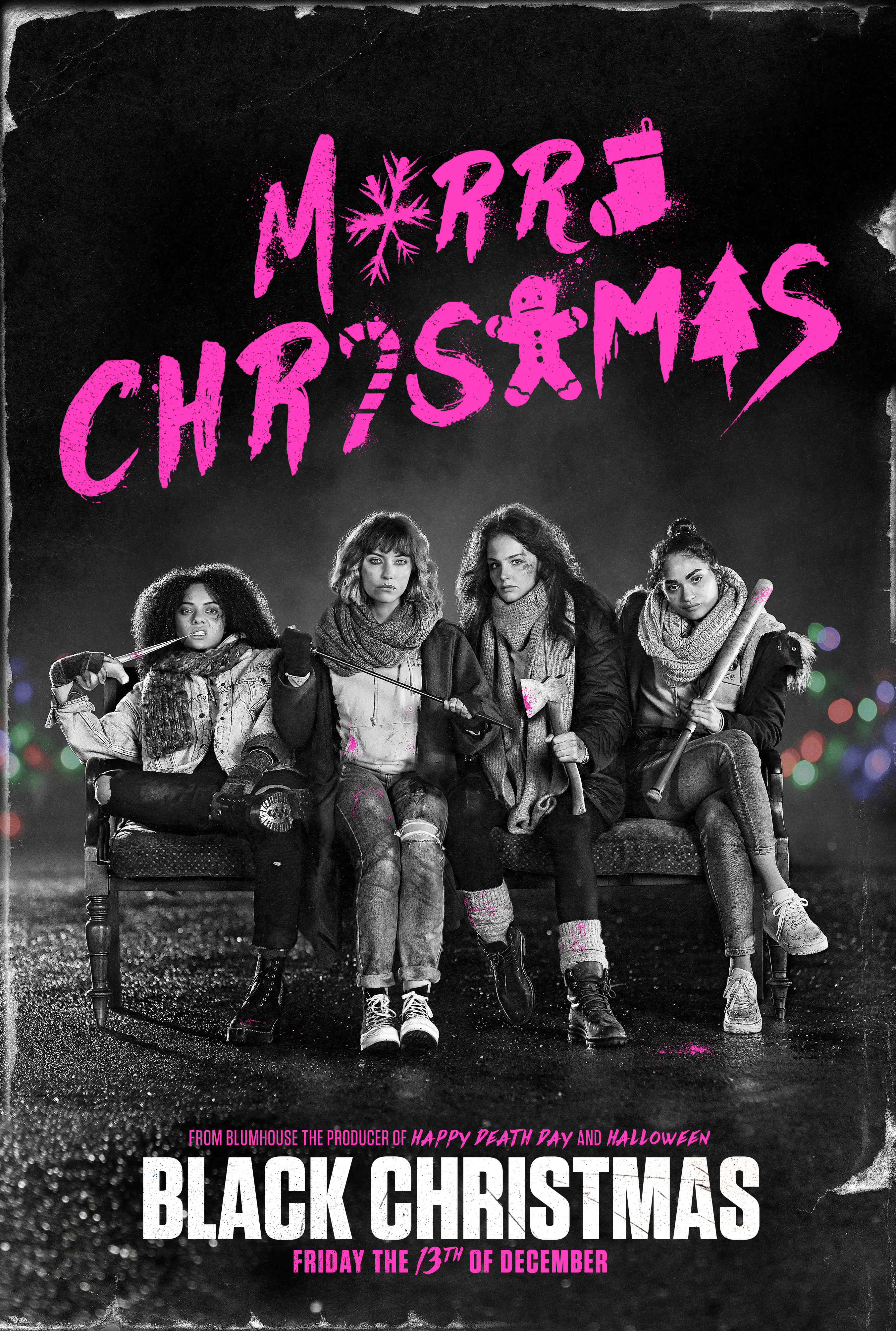 I had never seen the previous versions of Black Christmas, the 1974 original, which horror aficionados consider a classic in the slasher genre, or the 2006 remake, so I was not weighed down by any previous feelings toward the film.

However, I had seen the trailer fro this new version, and I feel that, after viewing the trailer, I basically saw the film itself.  I was not sure why I needed to see this movie since they showed me so much in the trailer.  Film critic William Bibbiani tweeted that he thought so initially too, but that, after seeing it, the film held more back than he thought.  Okay, so I decided to give it a chance.

After seeing it, I do still think they gave way too much away in the trailer, but there are a few things that are left for discovery in the movie.  One of the biggest was actually one of the parts I liked the least.

I have heard a lot of negative reviews directed towards Black Christmas (2019) but I did not think it deserved as much vitriol as it has received.  It is fine.

A group of sorority sisters were being hunted by an underground cult/cabal from a misogynistic fraternity who were looking to force women in their proper place.  Riley (Imogen Poots) had a past experience with the fraternity that has informed her opinion and the opinions of the others in her sorority.

I was actually enjoying a good chunk of the opening hour or so of the film, but I thought the ending went fairly wanky and relied too much on exposition to reveal what the film needed us to know.  The last half hour or so weakened the film for me.

I also believe that Cary Elwes, who played Professor Gelson, was totally wasted here.  He had some early scenes that could have been creepy and mysterious had the trailer not spoiled it for me.

The message of this movie could have benefited from being more subtle than it was.  There is a clear and unmistakably apparent message that is drilled throughout the film and, while it is a very important message for today’s world, it was less effective with the preachy aspect of it.  The best horror films use symbolism to provide a message in the story, but it does not have to be as blatant as it is in Black Christmas.

The cast does a solid job of making me feel for the characters and to draw the contrast between them.  Each girl had a trait or quirk that made them individuals, something that a lot of these movies do not take the time to do.  A special shout out to Aleyse Shannon, who played Kris, who I thought was one of the most interesting actors in the ensemble.  You could see the spark while she was on screen.

I am torn about whether to recommend this film.  On one hand, I do think it is a better film than it is getting credit for, but it clearly has some major issues in storytelling and theme.  In the end, I walked out of the theater with the mindset that it was better than I expected and so, I will give it the slight recommendation.   And if you can go into Black Christmas without seeing the trailer, do it.