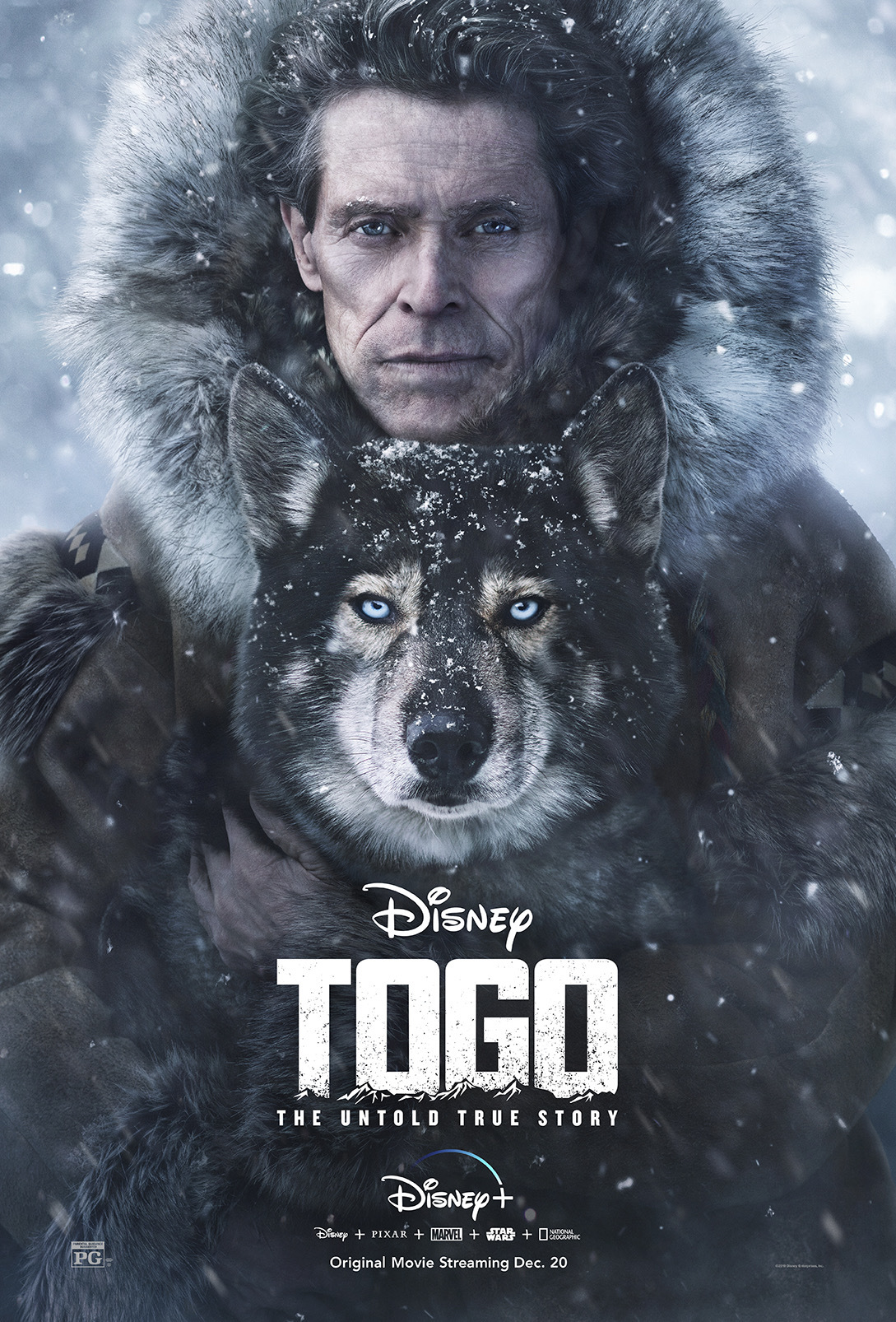 The latest movie to appear on Disney + is a true story of one of the greatest sled dogs of all time.

In 1925, a breakout of diphtheria, mostly among the children, in the small town of Nome, Alaska, led to a desperate attempt to save the kids by transporting life saving serum over 600 miles by dogsled.  A relay across the distance was planned.

Leonhard Seppala (Willem Dafoe) and his dog Togo, the lead dog on his team, went through a terrible storm, dubbed “storm of the century” and traveled across the frozen Norton Sound to cut the time of the journey.

During the Serum Run, we saw flashbacks to the beginnings of the relationship between Seppala and the dog.  We meet Seppala’s wife (Julianne Nicholson) during this time.  I loved this character as she was witty and straight-forward.  These flashbacks felt much more intricate than those during the Aeronauts.  They were used to show how important the bond was between the two and how it developed.

This film has some real intense moments during the serum run, and some wonderful moments between Togo and the Seppalas.  It is a very enjoyable and potentially emotional film to watch with a family and, if Disney + continues to provide this solid of content, then the streaming service will be in great shape.