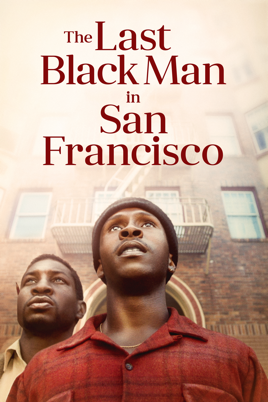 This is one of the A24 movies that had not wound up in a theater near me this year.  A24 movies have typically been very high in quality, but the small independent nature of this studio some times makes it less likely to see.

So, I had to search this film out on Vudu.

Jimmie Fails (Jimmie Fails) hopes to reclaim a house that had been built by his grandfather in San Francisco.  Joined by his best friend Mont (Jonathan Majors), Jimmie begins a path to discover whether the city has passed him by.

There is a sadness to this movie.  However, there is more to it than just that.  It strives to have you feel for the plight of these characters and it succeeds considerably.

The score is distinct and beautiful.  The music punctuates every scene with power and poignancy.

The film is an odd one, but yet it is quite powerful.  If you have not had the chance to see this, you should search it out as well.