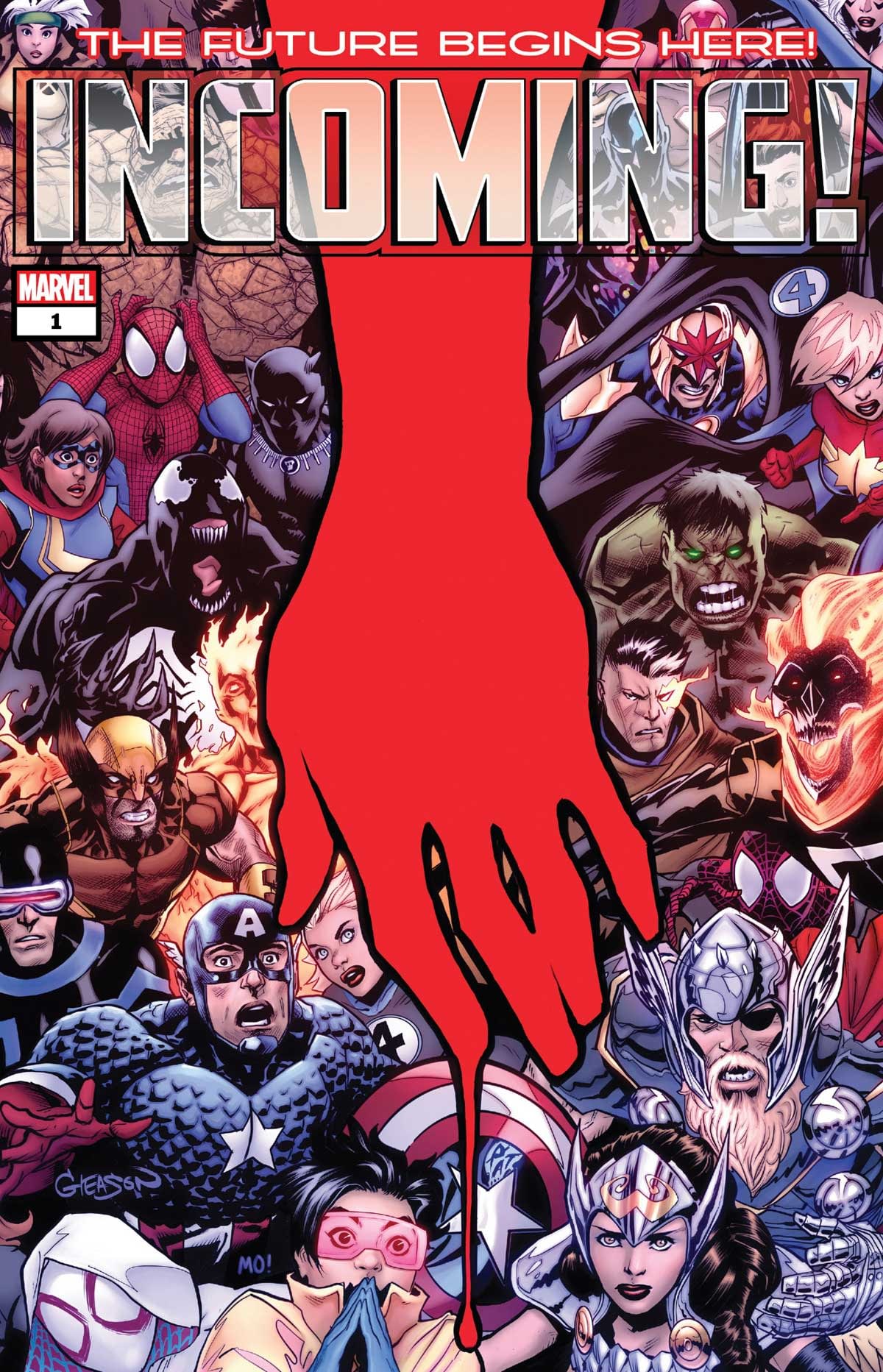 There are a ton of writers and artists involved in this project.  Individual creative teams per books.

I have been anticipating this book for several months because of the promotion Marvel had done.  I am a fan of murder mysteries and the idea really appealed to me.  So, here on the last new comics day of 2019, Incoming! #1 was released.

I had many thoughts about it.

First, the book started out strong with the discovery of the murder and the involvement with Jessica Jones, which made total sense.  The clues dropped and the banter with Jessica and Captain Marvel was great.

Then as I was getting into the mystery, suddenly, it felt as if the book took a turn.  At this point, it felt like an advertisement for all the other Marvel books.  Each time the scene shifted, it felt like those free releases that give a flavor of the upcoming books.  Not that they weren’t fascinating or interesting by the way, but they did not feel as if they had anything to do with the mystery of the murder.  It was just what Marvel Comics 2020 was going to be like.

It got back to the mystery at the end of the book and connected it to a major event that is happening in the Marvel Universe.

There are some fun interactions between characters that do not always work together, and Jessica Jones is great as always.  I am curious about the new young superhero issues that are mentioned in here because I like most of those characters (because it almost got as much exposure here as the murder mystery did).

This was the best Reed Richards that we have gotten in quite a while too.

In the whole, I am not sure this was worth the massive promotion that Marvel gave it, but I had a good time reading it and I am looking forward to the ideas and the storylines that it mentions so it may have done its job.