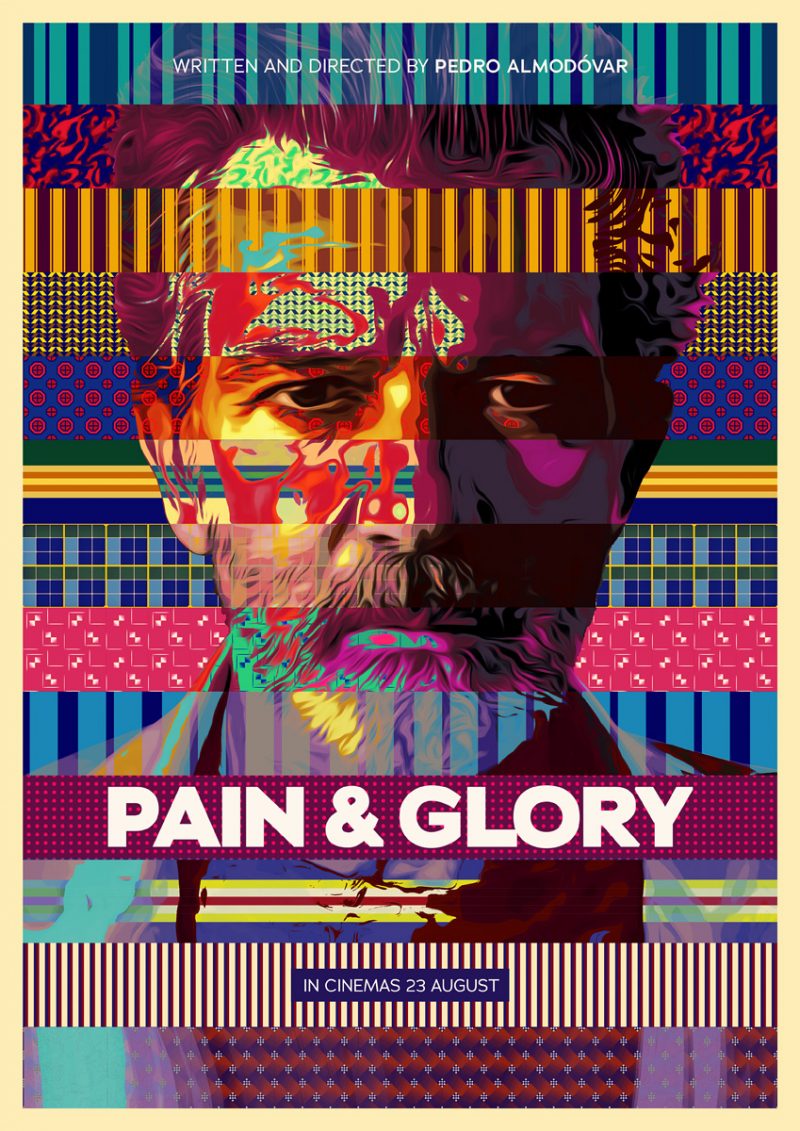 Antonio Banderas received an Oscar nomination for the performance he gave in this Spanish film, Pain and Glory.  I try my best to see these performances to be complete.  I do not see too many films with subtitles, but I have seen a few this past year so I was excited to see Pain and Glory offered on Vudu.

Now, let me get this out of the way immediately. I had some problems with the subtitles.  I did not mind reading them as the film progressed, because, with the other subtitled films I have seen, you forget that you are reading and get lost in the story.  However these subtitles were, at times, very difficult to read because of the background on the film.  Some of the white print was very hard to see and, since I do not speak Spanish, that took me out of the film at times.  It felt as if it took longer for me to forget that I was reading the film and to engage in the story.

Having said that, the trouble reading the subtitles was not a major draw from the film, which was beautifully done.  Antonio Banderas was truly great in his role and the story of his character’s life filled the screen.

We saw (what we thought were) flashbacks to the character Salvador Mallo (Antonio Banderas) childhood, an intelligent young boy living in poverty with his mother Jacinta (Penelope Cruz).  These flashbacks are interspersed with the current life of Salvador, a great movie director who was broken down and sickly, recently hooked on heroin and trying to get over back pain from a surgery and the death of his mother.

The tale seems to be an autobiographical tale of director Pedro Almodóvar, who is a renowned Spanish film director.

One of my particular favorite bits about this film is that it avoids the cliches fully.  You think about a broken down, heroin addicted director and you have a story that comes into your mind about what is going to happen.  You could not be farther from the actual story.  Every time the film begins a convention where you expect a certain response, it take a different path and it was very welcome.  The moments are not used to milk out the melodrama, but to serve as character development and traits for choices made by the character.  It is a wonderfully designed and laid out story.

Antonio Banderas was amazing too.  He plays Salvador with such pain and hurt, but also with a noble honor.  He did not have to go over the top to display the pain the director was feeling, nor to show the depression he was gripped in.  It is a top line performance.

Penelope Cruz and newcomer Asier Flores (who played young Salvador) are also wonderful here, and their relationship is one of the best in the film.

Once I got past some of the issues with being able to read the subtitles, I really enjoyed Pain and Glory.  It was very well done and deserves the credit it has received.