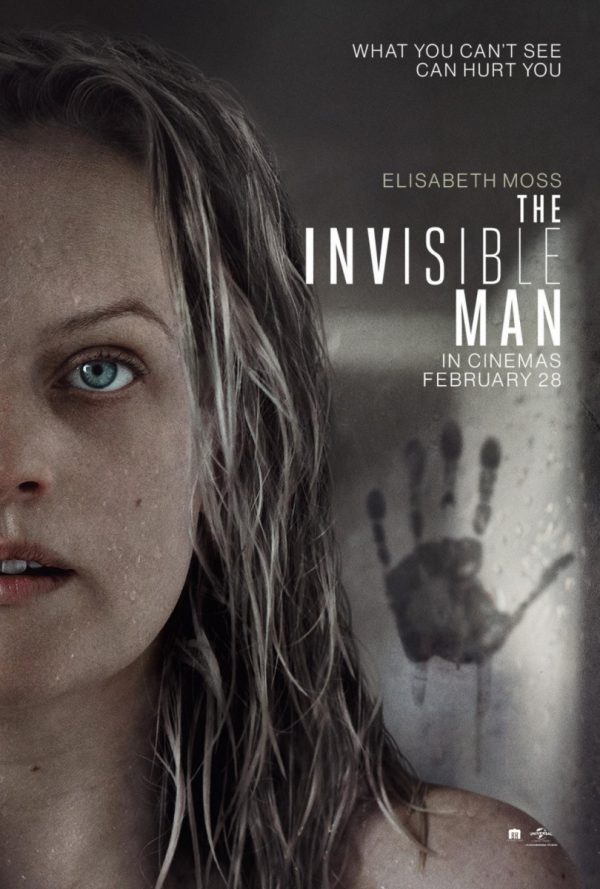 This is how the Dark Universe should have gone.

The brand new version of the classic Universal Monsters movie, The Invisible Man, came out this weekend with Blumhouse’s Jason Blum as a producer and he showed, once again, that you can make a movie with a small budget and make it compelling and intriguing.

Cecilia Kass (Elizabeth Moss) was in an abusive relationship with tech magnet Adrian Griffin (Oliver Jackson-Cohen) and she tried to escape.  With the help of her sister (Harriet Dyer) and friend James (Aldis Hodge), Cecilia was able to escape from Adrian’s controlling clutch.

When news of Adrian’s suicide reached Cecilia, she was not as relieved as she should have been because she began to suspect that Adrian was still alive and stalking her by somehow turning himself invisible.  She found herself becoming more paranoid with each passing moment and the people in her life believed that she was falling into madness.

I really enjoyed a lot of The Invisible Man and my first watch of it was very enjoyable.  I must say, upon reflection, there are more moments in the film that I found pressed the level of plausibility and might make this one of those films that I like less over time.  As of right now though, I thought it was fun.

Elizabeth Moss was great in the lead, really showing the tension and the potential descent into madness for her character.  I wish the film had not revealed so quickly that this was what was happening because, although they hinted at the fact that this might just be Cecilia’s paranoia and mental state, this was never in question.  Part of that went with the promotional material for the film as the trailer certainly gave much of the film away.  It would have given the film another level that would have helped the story.

The performances were all great and the use of the invisibility was very well done.  There were moments in the film that were very tense because you were never quite sure if Adrian was actually there.  I know I always assumed he was there.

Some of the things that I would quibble with are spoilers so I won’t be specific, but there were several moments when it felt as if the characters responded in ways only because the film needed them to do so.  There were a bunch of horror tropes here too that took away from the overall quality of the film.  These are minor points though as they did not bother me too much during the movie.  I found myself several times wondering why she did or did not make certain choices.

Directed by Leigh Whannell, The Invisible Man creates a world of suspense and terror that comes from the unknown.  We have all walked into a room in our house with that creepy feeling that someone is watching us, even though we know for certain that is not the case.  Whannell successfully mines that naturally unnerving feeling and takes it to its nth degree.