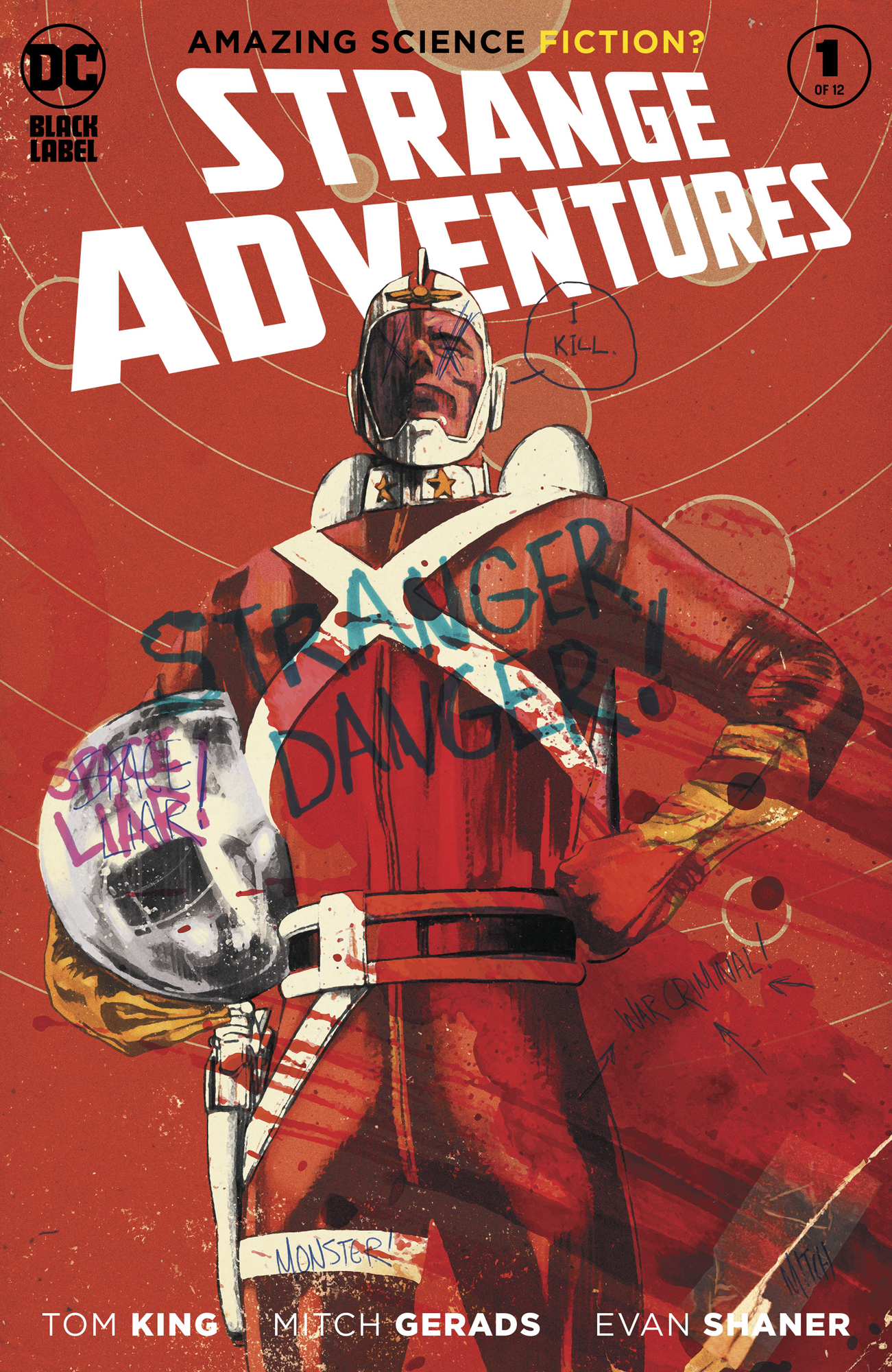 “Chapter 1: They Floated Above the Ground”

I have always liked the character of Adam Strange, even if I really did not know much about him.

I remember seeing him appear in some old Justice League books when I was a kid and I liked the look of the character.  He appealed to me and inspired some creativity.  I remember basing a few of my own characters on the design of Adam Strange.

Yet, I did not have any books that he appeared in regularly and I truly did not know that much about the character.

When I saw the DC Black Label issue out today on the stand, and that Todd, my friend at the comic shop, had placed it at number one on list top five of the week list, I decided to give it a chance.

Then I saw that it was written by Tom King.  King has been working on DC books lately so I have not seen much of his work, but I know his run on Mister Miracle was tremendous and his Vision series for Marvel is one of my top five or so runs ever.  He seems to be able to take those characters that are not quite as mainstream or A-list as others and find that sweet spot for them.  He did it with Vision.  He did it with Mister Miracle and it feels as if he is on target once again with Adam Strange.

The story was interesting and engaging.  There were two parts taking place at the same time, creating an effective mystery about exactly what had happened.  Lots of little clues were dropped that seasoned the meal that this series is going to deliver.

I loved the art work here too.  It fit the tone perfectly.  There was an old fashioned, pulpy feel to the art which fit beautifully with Adam Strange, a character that shares many characteristics in common with a Phantom or a Flash Gordon.  There is a brightness to the art that really stands out.

However, there is a dark undertone to the story that plays wonderfully against the art.  This feels that there is something horrible getting ready to happen and I am excited to see where this takes me.