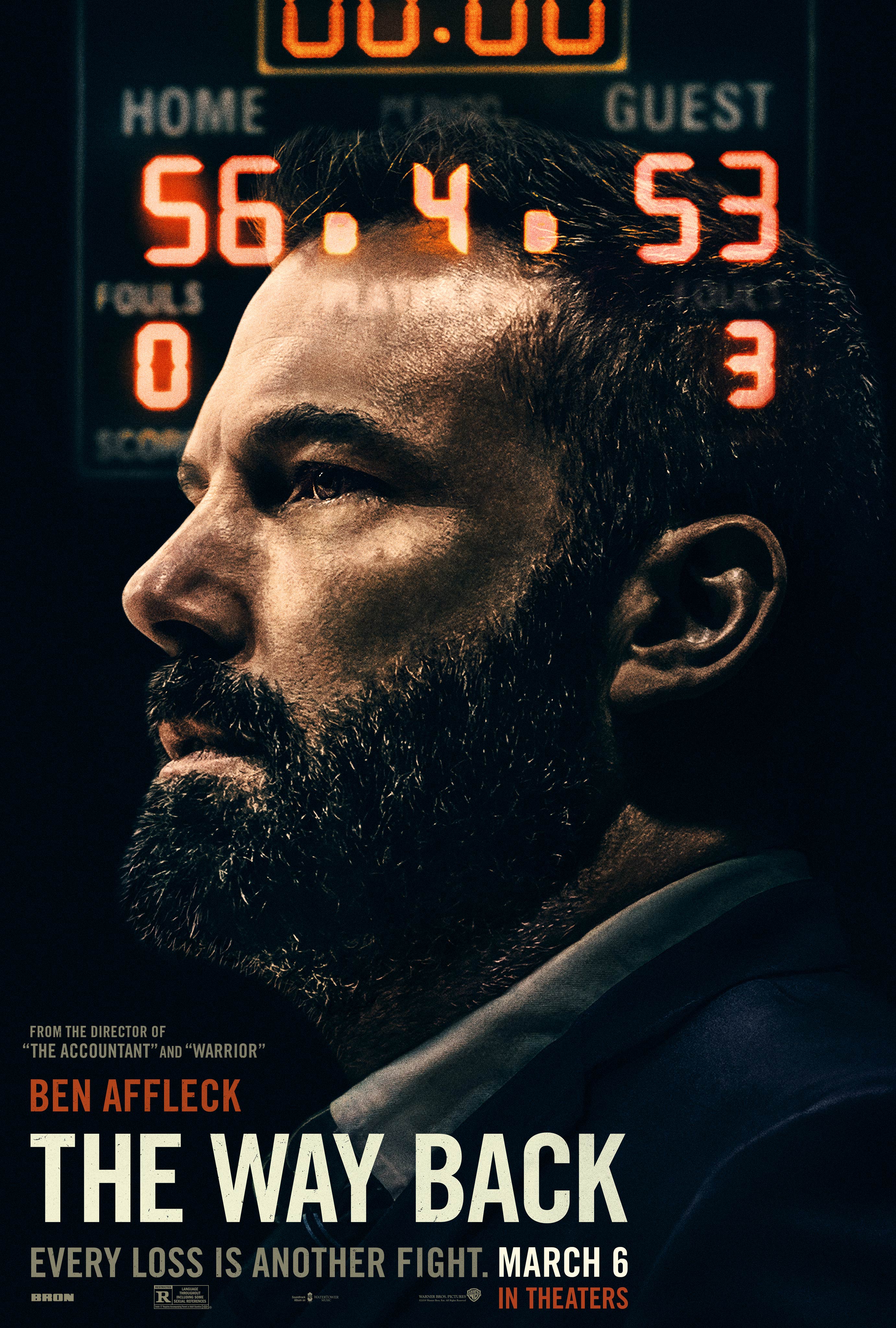 One has to admire the bravery of the performance in this movie from Ben Affleck.  He has recently suffered from alcoholism and had checked himself into a treatment center and this could not have been easy to play this role.  Yet he did it and he was tremendous in it.

The Way Back is a sports movie with more.  Jack Cunningham (Ben Affleck) was a former star high school player at the Catholic High School.  The basketball world was at his feet, but he chose to leave it behind.  A troubled life followed which included a separation with his wife (Janina Gavankar) and an alcohol problem.

When his old high school’s coach had a heart attack, Jack is offered the position of head coach, working alongside assistant coach Dan (Al Madrigal) of a team with a group of problematic players who have not been successful.

However, the scenes with Jack and his troubles were very well done and brought an uncertainty to the story.  The final act of the film was just strong and really took the film into an area where you were not sure what was going to happen.  That was a refreshing switch from what had been a predictable tale.

Ben Affleck was magnificent here.  He brought a depth and an anguish to Jack Cunningham that was relatable and understandable.  You wanted to see this guy overcome his demons, but the film does not take that easy route.  Just because his basketball team was having success, it did not mean that the problems that had haunted him and had driven him to hide in a bottle were gone.  In fact, it may have made those issues all the worse.

I do think the film felt a little long, but I am not sure where you would have cut.  The film was more about Affleck than it was the game of basketball.  Because of that, some of the characters on the basketball team were shorted in development.  The movie was Affleck’s story and it gave him the minutes to show it.

Directed by Gavin O’Connor, who also directed feel good sports movies Miracle and Warrior, found a way to subvert the expectations of the genre with this movie.  It seemed that this was going to be just another formulaic sports movie, until it wasn’t.

Powerful and difficult to watch at times, The Way Back is a good movie with a strong lead performance.