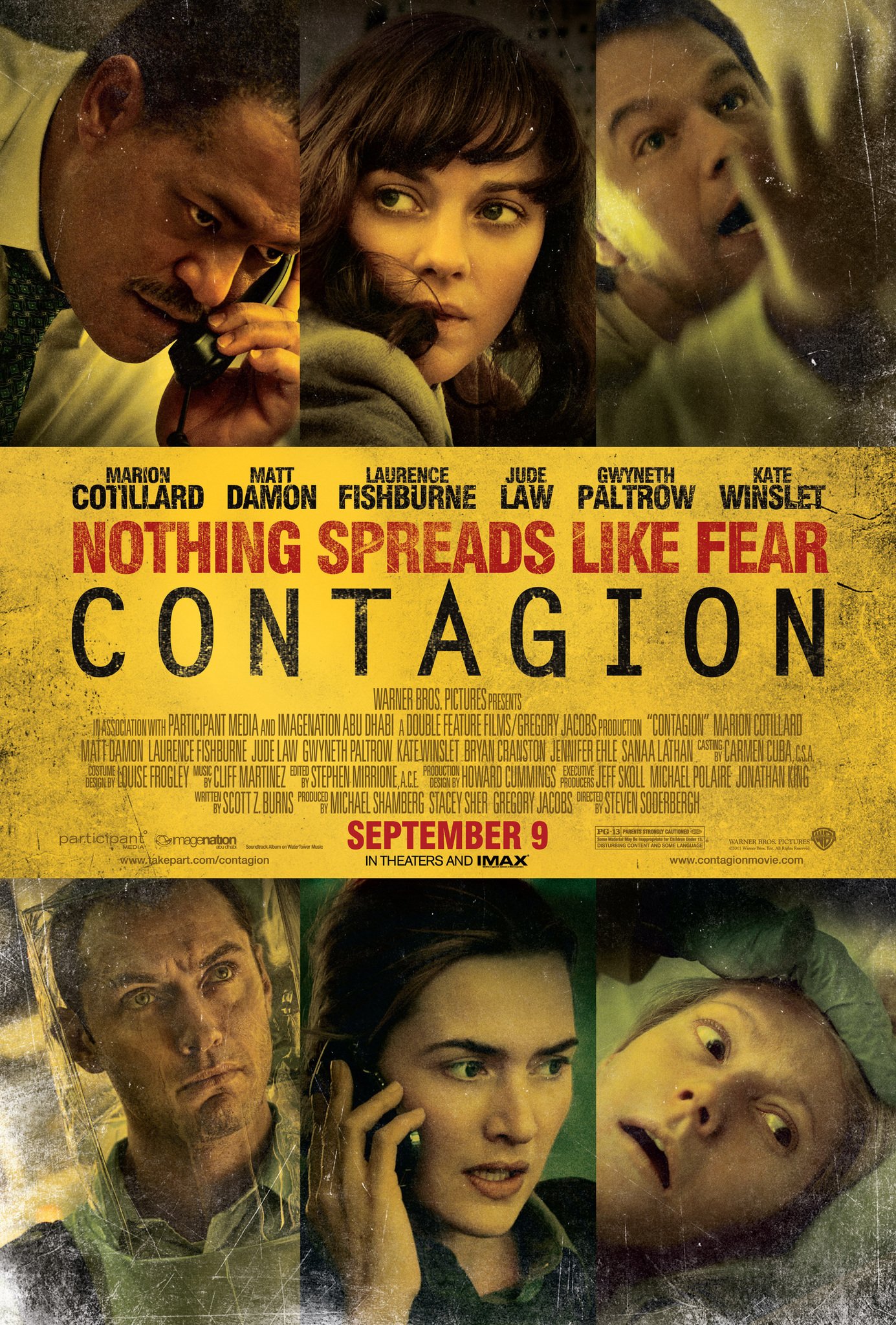 This one is much more frightening than Outbreak because Contagion feels much more possible, more realistic.

From the moment early in the film where Gwyneth Paltrow falls to the floor in a seizure, Contagion felt like a true world tale of a deadly virus spreading across the planet, truly showing how susceptible the human race could be to such an event.

This movie shows the insane reaction that people who are encased in fear can exhibit.  The images of people fighting over toilet paper in the aisles of grocery stores are burned into our collective minds and many find it unimaginable to react in such a barbaric way.  Still, fear causes such a potent and powerful reaction that some are blinded to anything but survival.

This movie also shows the lower forms of life than those just hoping to do what they can to survive another day.  The exploitation of the virus for monetary gains is a disgusting results yet these vultures seem to come out every time there is a problem in the world.  We see this on display in Contagion as well.

But there are positives here as well.  Stories of the heroes who sacrificed to attempt to save as many people as possible. Or the people who had to continue their lives after the horrendous loss involved.

Matt Damon’s character, Mitch Emhoff, showed the humanity of the situation as he struggled to get through after his wife (Paltrow) and son (Griffin Kane) became some of the first victims of the virus.  Mitch’s life became trying to save his remaining daughter (Anna Jacoby-Heron).

Laurence Fishburne led a remarkable cast of actors that were in search of the cure for this virus.  He had to suffer during the movie to be one of the people at the heart of the situation.  Jude Law, John Hawkes, Marian Cotillard, Kate Winslet, Elliot Gould, Bryan Cranston, Tien You Chui, and Enrico Colantoni are among the powerhouse cast on display here.

Honestly, I did see this film in the theater, but tonight, on my second watch, I do not remember much about it after the death of Paltrow in the opening ten minutes.  It can be disturbing and it can be unnerving, but it also has hope and it has a joy for life.

Of course, it ends with that final jab that tells you everything is not over… like any great horror movie.  Contagion is a well created movie with a message for us in the world today.  It always could be worse.