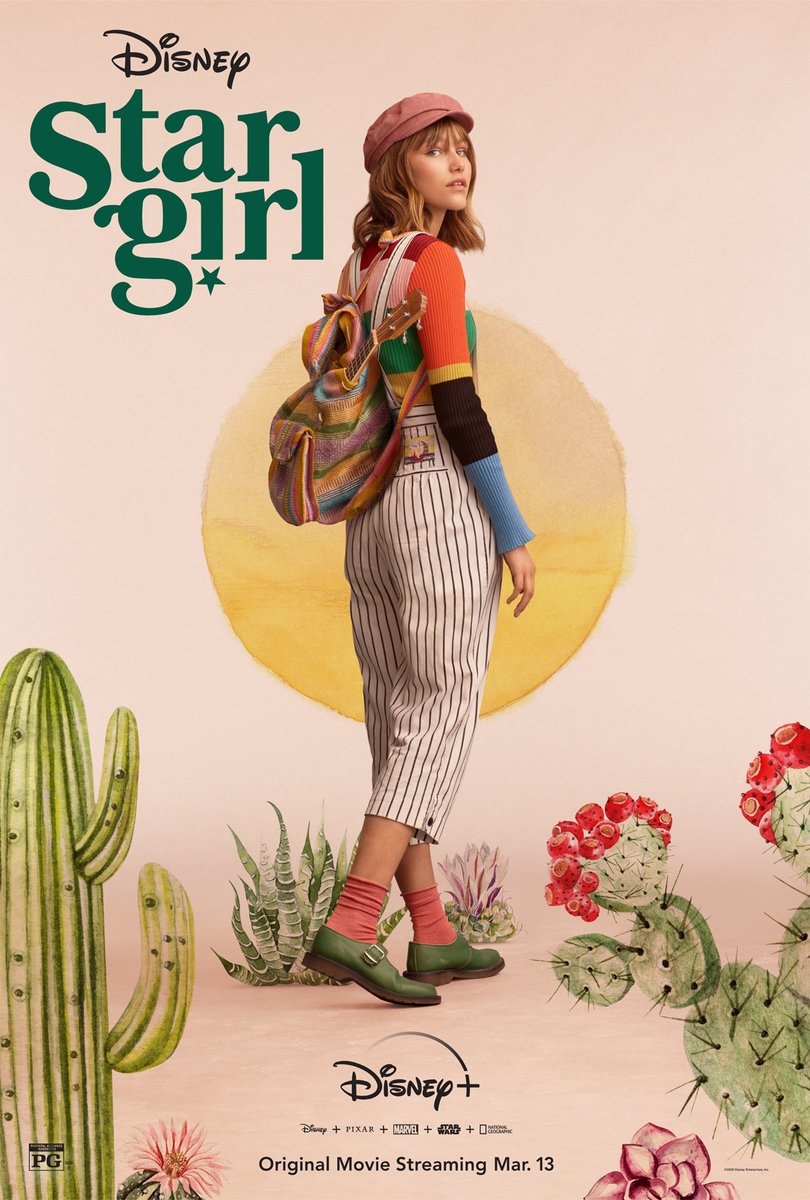 The latest family friendly film arriving on Disney + is based on the YA novel of the same name by Jerry Spinelli, called Stargirl and it was sweet.

Teenager Leo Borlock (Graham Verchere) was an average student at Mica High School until he meets a charismatic, free-willed new student named Stargirl (Grace VanderWaal), and his life was never the same.  Her ukulele playing at the football game made her into a good luck charm as the school embraced her quirkiness.  Popularity can be fleeting in high school so when things went wrong, Stargirl found herself shunned and Leo found himself confused and desperate to figure things out.

This is the type of film you would expect to find as an original on Disney +.  It featured a healthy dose of magic and goodness, just the type of fare that Disney has thrived on over the years.

Grace VanderWaal is an absolute star.  She had an amazing aura about her that made her someone who you had to keep your eyes on every second she was on the screen.  She had an undeniably special feel about her.

But she was not on screen alone and her co-star, Graham Verchere was solid as well.  He was a perfect foil to Stargirl’s magic.  Verchere’s Leo came alive when he was with Stargirl and Verchere played this beautifully.  His vulnerability filled his performance opposite Stargirl’s confidence.  There was a magic between them.

The story was fairly simple and did not go into a great deal of specifics, but there are some solid moments.  I especially liked how Stargirl did not make the right decisions every time and, unwittingly, does something that hurts a fellow student.  Stargirl was not perfect.  She was flawed as anyone.

The music of the movie was weaved into the story in a wonderful manner.  The music at the football game and then, eventually, at the dance really helped capture the imagination of the audience and created a dream-like state.

Stargirl is a coming of age movie with a lot of Disney magic involved and some great musical numbers.  Some characters are shorted in their development, but the pairing of Stargirl and Leo is what the film is about.