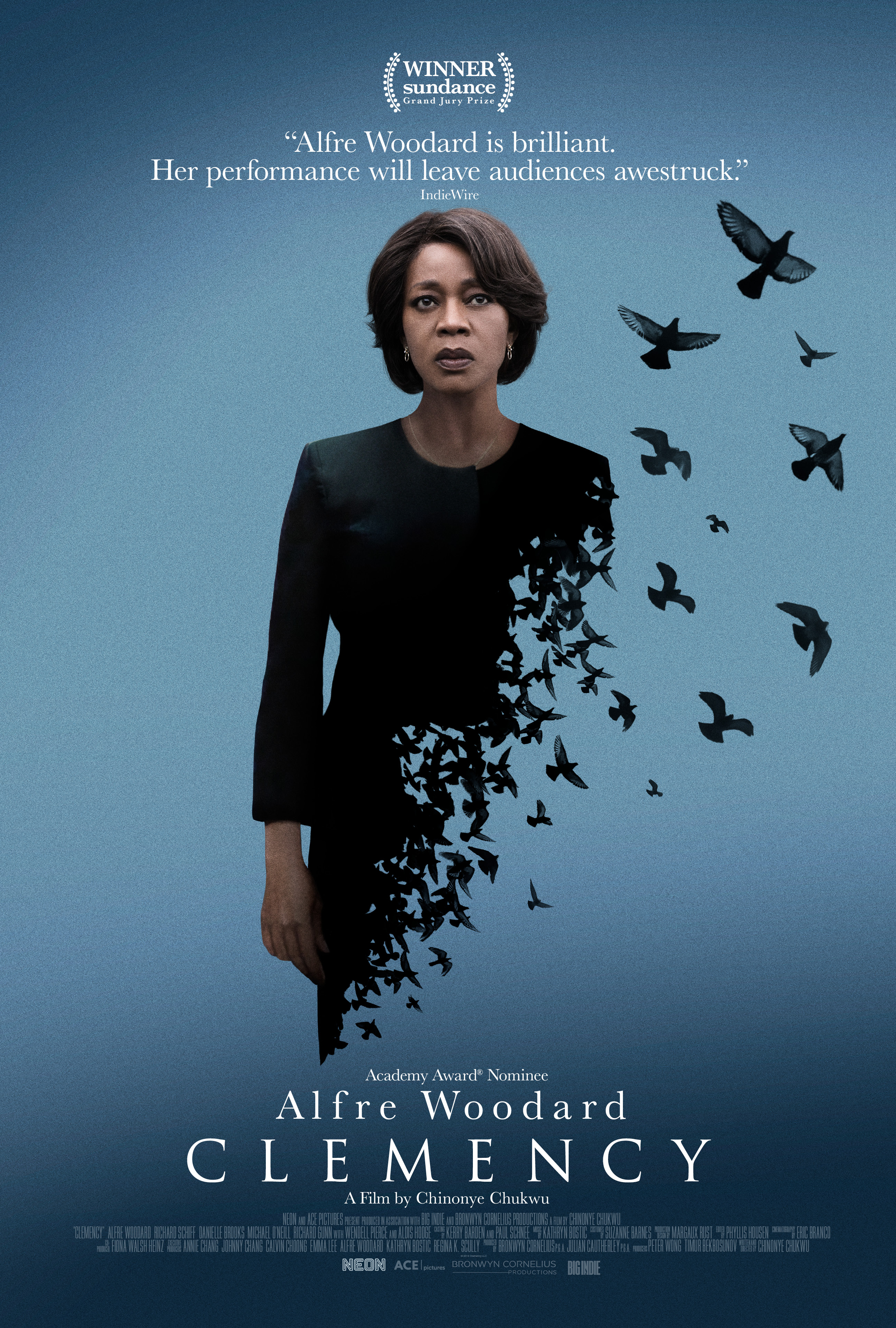 Okay, this one is a kick to the gut.

Clemency is a film about Warden Bernadine Williams (Alfre Woodard) and the stress and psychological pain and demons that comes with watching the executions in her prison.  This comes to the head when a young man named Anthony Woods (Aldis Hedge) is scheduled to be next to which she connects.

Alfre Woodard is heartbreaking in this movie.  Her anguish is sapping her will out of her body, effecting negatively not only her own job but her relationship with her husband Jonathan (Wendell Pierce).  Woodard is easily the standout in this movie as the entire basis for the film is riding on her performance and she knocks it out of the park.

Not to be overlooked though is Aldis Hedge, who has been coming on strong over the last few months/year.  He brings his best work as of yet in this film.  His scene with the Chaplin (Michael O’Neil) is crushing.

Though this movie has undeniably brilliant performances, the fact that it is a difficult film to watch and an even more challenge to enjoy.  It is dower and painful.  There was very little hope on display in the film.  Though gripping, it is a film that I have no desire to see again.  So while I recommend that you see it, I will not want to see it again.