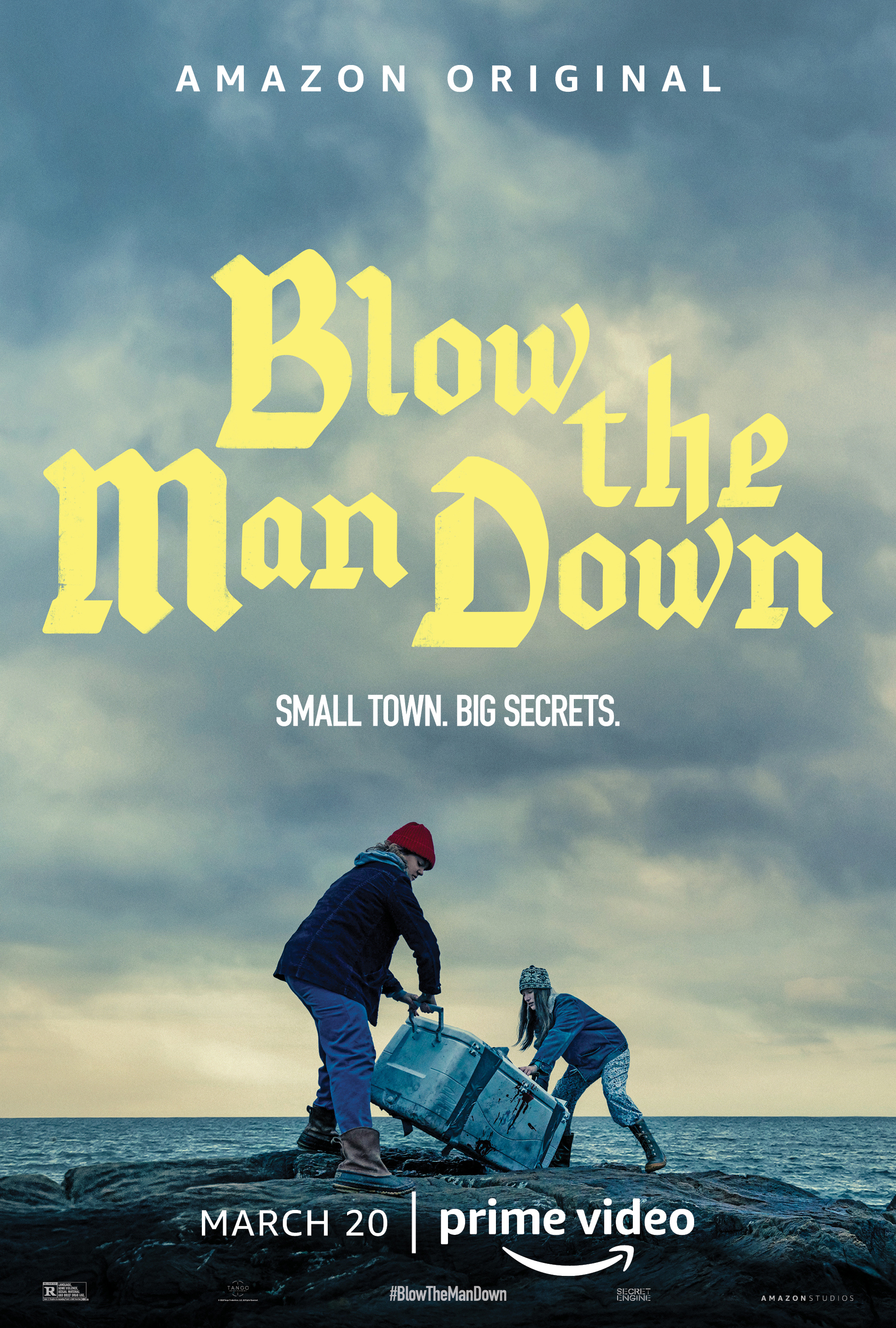 All the theaters are closed, so I need to depend on streaming for movies.  It has been kind of slow for movies.  However, today I found a movie released on Amazon Prime today, Blow the Man Down, and I was excited.

Priscilla (Sophie Lowe) and her sister Mary Beth (Morgan Saylor) wind up trying to cover up a crime.  By doing that, the small town of Easter Cove revealed some of the darker secrets of the town.

The story picks up immediately after Priscilla and Mary Beth’s mother’s funeral.  Their mother had been involved in a group of elderly women who are part of the underbelly of the town.

Margo Martindale played Enid, the local madam.  The other ladies included June Squibb, Annette O’Toole and Marceline Hugot.  These women are a fun part of the film, but I could have used more with all of them.

The film has a definite Fargo feel to it which was cool.  The movie was a funny, dark comedy with lots of dramatic undertones.  The characters are intriguing and creative.

My problem with the film was everything felt a little rushed, especially the ending.  I liked how they were weaving everything together, but it felt as if it resolved too quickly.  The film is only an hour and a half in length and I think they had enough here for more.

I love June Squibb.  She is the most engaging actress and I love when she shows up in any movie.  Margo Martindale was totally enthralling as Enid.

Both of the young girls leading the film are strong too.  It is just a well acted film with a fun story.

There are fun transitions with sailors singing shanties as well.  Very quirky and creative.  I enjoyed this a great deal.