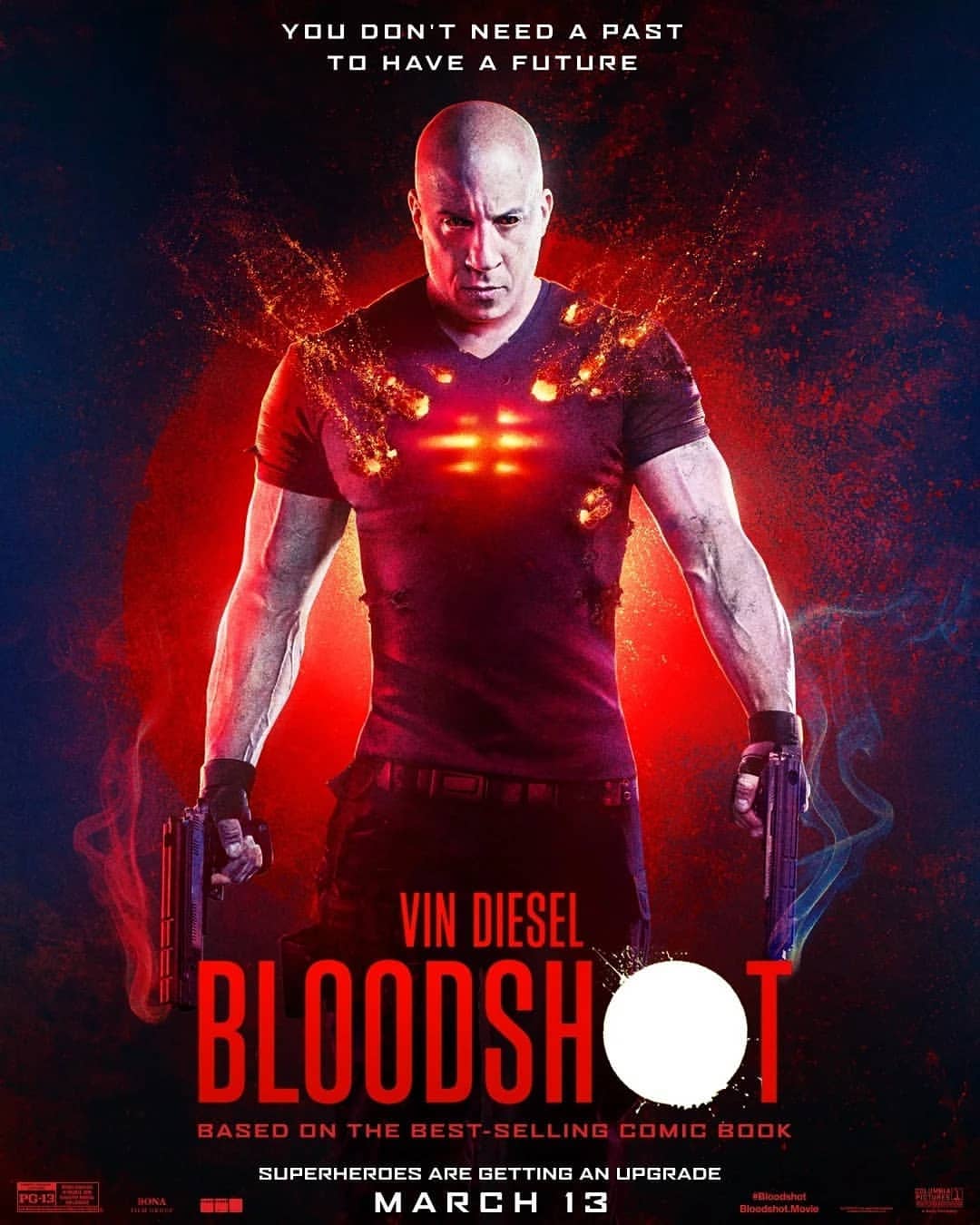 I never got around to this while the theaters were open and it was there.  I had intended to see it in the theaters, but I wasn’t feeling great and the timing just never worked out so I skipped Vin Diesel’s latest comic book based project, Bloodshot.

However, it came to the video on demand early after the theaters were closed nationwide.  I have to say that I still ignored it for a time because, by this point, I had heard the bad reviews on it and I wasn’t sure that I wanted to drop the money to see it.  Boredom took over tonight and I went ahead and purchased it.

Boy this was terrible.

Vin Diesel played Ray Garrison, an elite soldier killed in battle, but who was brought back using technology that gave him special abilities and powers.  After returning from beyond the grave, Ray turned his attention to the man who murdered his wife in front of him.

Or so he thought.

This is not a spoiler, since trailers gave it away, but it turns out that Ray’s mind is being messed with and his memories manipulated in order to make him an assassin.

So the story is convoluted and I couldn’t have given a bigger crap about Ray Garrison or anyone in his orbit.  The film does not make any real attempt to give us any reason to support or cheer for Ray and the mission he is on.  In fact, it is clear that he is not on a heroic mission.  Vin Diesel provided us with zero emotions outside of anger and vengeance.

There are zero side characters that are worth anything either.  Eventually we come across Lamorne Morris, whose comedic sidekick type character is fine, but we have little to no backstory or reason to care about him either… except that he was funny.

The action was fine, but nothing that you haven’t seen before.  The CGI was below average, especially when compared to other comic book movies and the exceptional work that they are providing the world.

This was quite boring.  There was nothing that made this stand out.  I probably should have left it alone.