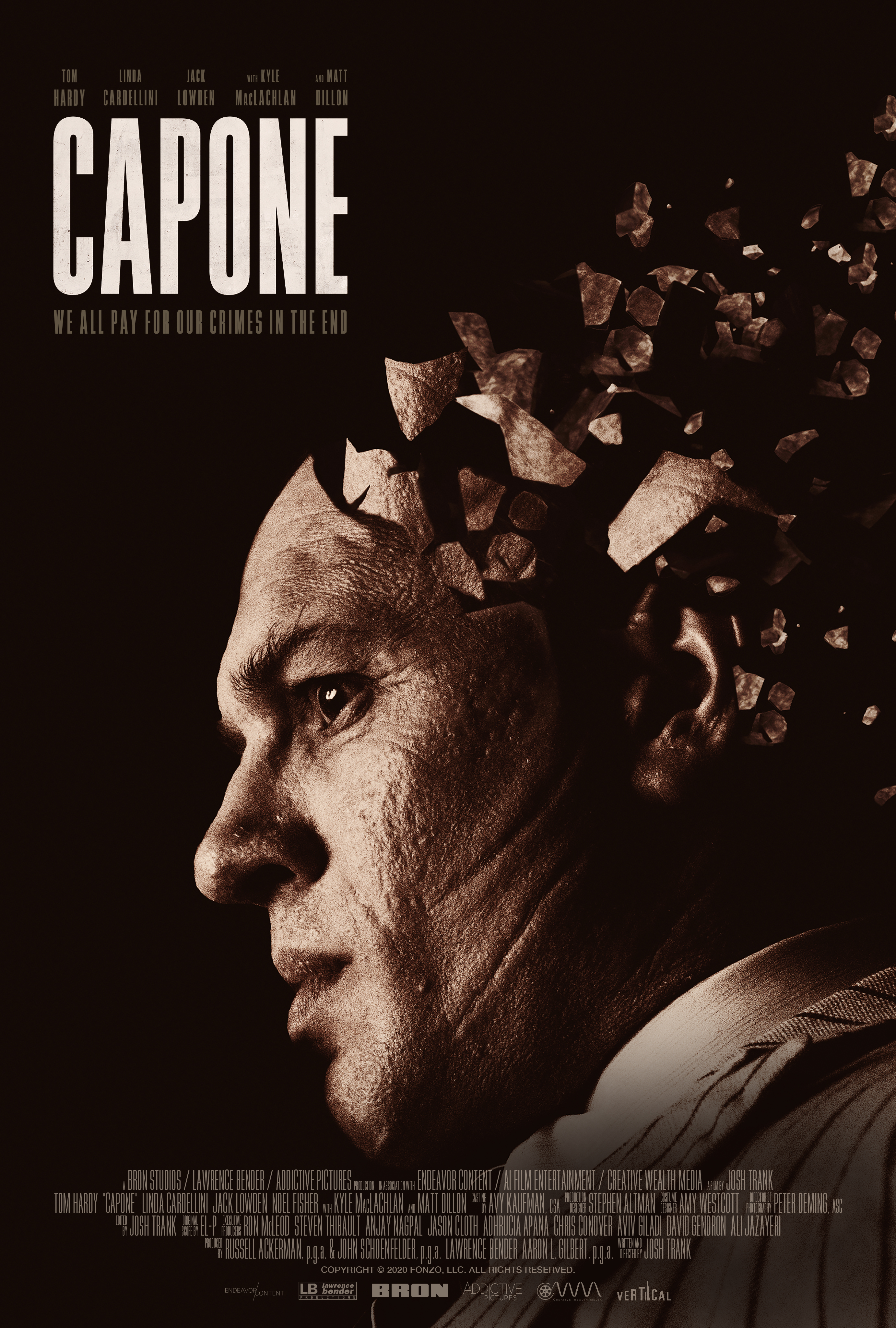 Josh Trank had a terrible downward spiral after the failure of the big budget FOX film, Fantastic Four.  After an ugly situation with that film, Trank is back with a biopic on the ending moments of the life of infamous gangster Alphonse “Al” Capone.

This movie is not your typical gangster flick.  Far from it.  After spending several years in prison for tax evasion, Capone was released due to his suffering from syphilis and dementia.  He would live out his remaining life at his house in Florida.

This movie tells that story, as it showed the mental deterioration of Capone, called “Fonzo” by everyone around him, but it detailed the guilt and anguish from his monstrous life.  There are moments in the film that you are not sure exactly what was going on and it turned out to be within his head.  These scenes made the film feel very nightmarish, very surreal.

Tom Hardy was truly transformative as Capone, having his brain rotting from the syphilis.  His performance as Fonzo was raw and powerful.  He went through such a physical and mentally suffering as this character and he made you a believer.

Linda Cardellini played Mae, Capone’s wife and carries a heavy load during this movie.  She gives a strong performance as the woman taking care of Fonzo through some of the most horrifying uncontrolled moments of his life.

There were some times during the film that the pacing felt a little off.  The film seemed to be longer than it was.  Still, the film is certainly a character piece and the plot is not of the most importance.  This is about Al Capone and what he is going through.  There is a plot point about $10 million dollars that Capone supposedly had buried somewhere, but it was not that important.  The lack of the plot did cause the film to drag a bit.

The film is held together from the great performances and the look at the unexpected end of the life of Al Capone.  Tom Hardy gets to show a level of acting that you do not expect.

One thought on “Capone”