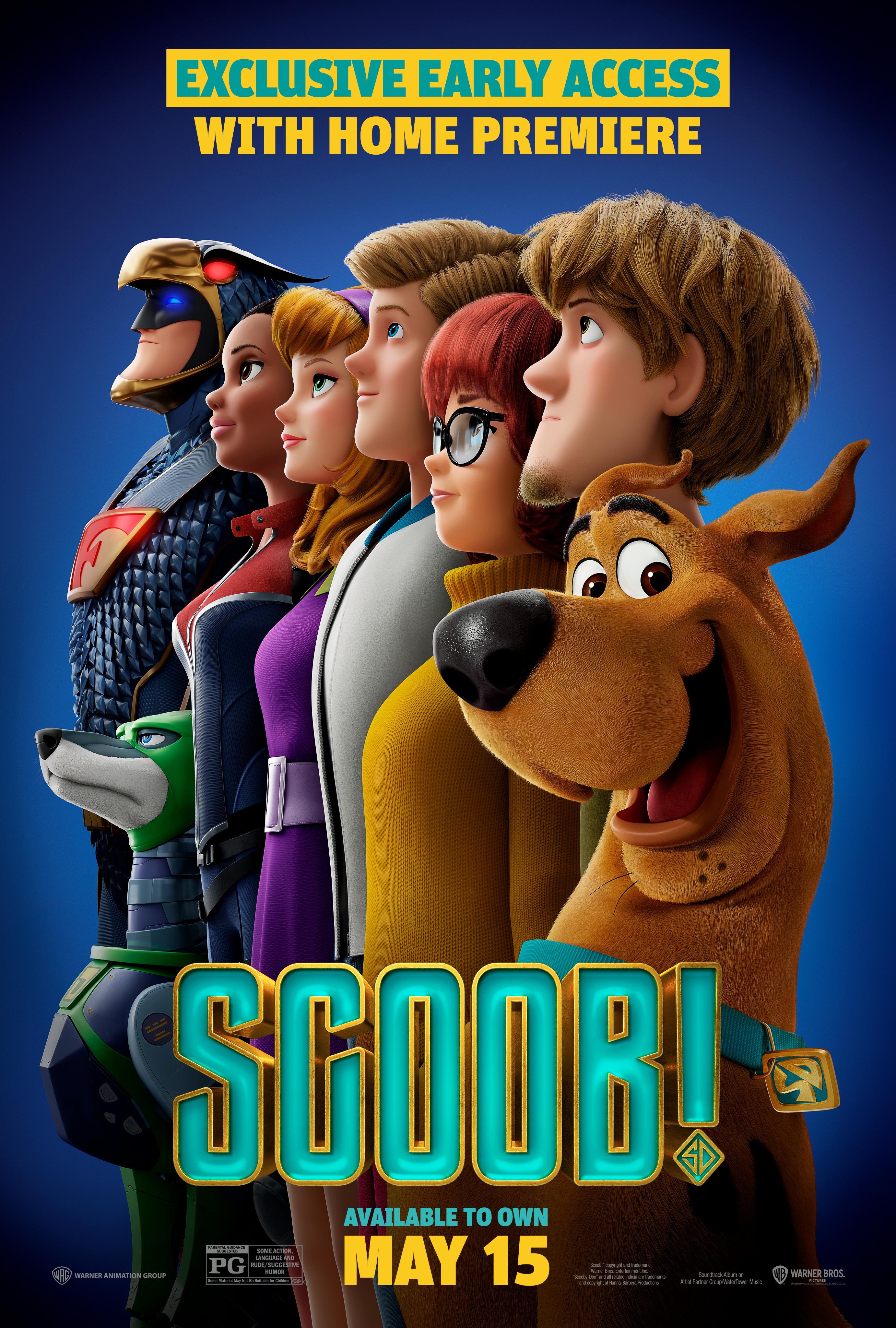 Scooby-Doo was a personal favorite of mine.  Truthfully, I liked most of the Hanna-Barbera cartoon catalog, but I cheered for the Scooby-Doobies in the Laff-A-Lympics.  So you would think that this new adaptation of the world of Hanna-Barbera would be right up my alley.  And for much of the run time of Scoob!, I would say that I was in.

Scoob! gives us a glimpse at the original meeting between Norville “Shaggy” Rogers (Will Forte) and Scooby-Doo (Frank Welker) and how the new friends became a part of Mystery Inc. with Fred (Zac Efron), Daphne (Amanda Seyfried) and Velma (Gina Rodriguez).

Unfortunately, that part of the animated film only lasts the first 10-15 minutes.  I would have liked more of that.  I can say that I was still in with the story at this point.

With the arrival of Blue Falcon (Mark Wahlberg), Dyno-Mutt (Ken Jeong) and Dee Dee Skyes (Kiersey Clemons), the story becomes more convoluted and complicated.  The Blue Falcon (actually the son of the original Blue Falcon) was trying to stop arch villain Dick Dastardly (Jason Isaacs) from finding some magical skulls and kidnapping Scooby to open a portal to another dimension.

This resulted in a massive third act battle sequence that was over stuffed with stuff and unnecessary plot points.  It did feel like most of Scoob! was designed to do world building, introducing a series of characters from the Hanna-Barbera animation to a new generation.  Many of these were crammed into the film and, despite being a fan of many of the characters that appeared, could have been done without.

However, there were actually quite a few jokes or dry humor that hit with me.  Moments that I was laughing at the writing and the humor- in a positive manner.  There is a reason why these characters have lasted as long as they have.  There have been many iterations of the Scooby Gang over the years, some good and some not so good, but it does carry on.

The animation was very good and the film had that bright color aspect that many of the animated movies have these days.  This will be great for young kids, keeping their attention and introducing them to the world of Hanna-Barbera.  Because of that, you have to consider the film somewhat of a success. Long time fans of Scooby Doo are most likely going to find enough here to trip that nostalgia trigger and bring back happy memories of “meddling kids” and third act unmaskings.  I do think that there was the outlines here to have made this a fantastic animated revival of Scooby-Doo, but the film comes up short on that level.

Scoob! is a mixed bag, but I did enjoy more than I did not.