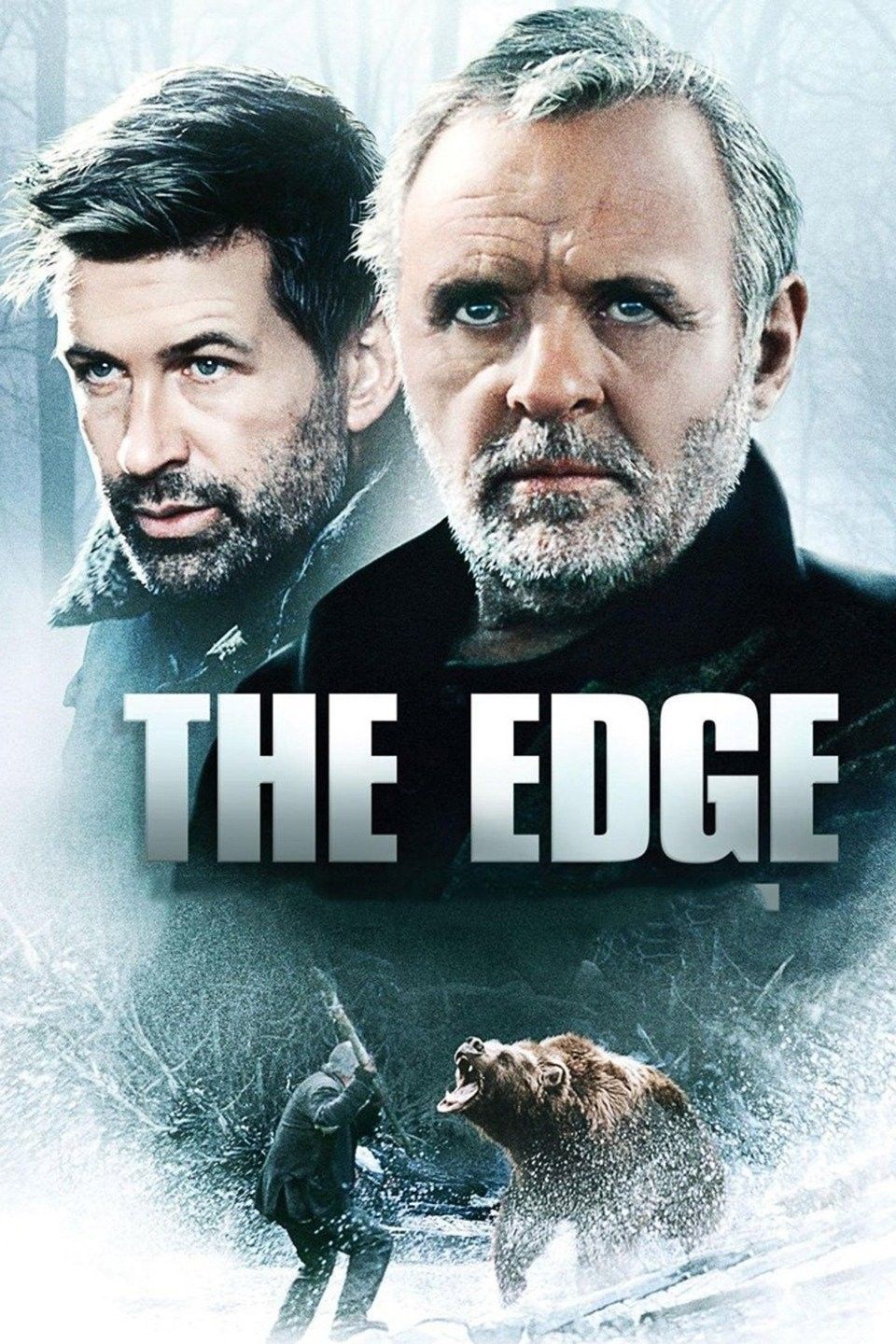 I had heard about this movie on one of the movie talk shows that I listen to and I thought it was odd, but I had never known of this before.  It was referenced by the podcaster as one of his favorite movies ever and, again, I had never heard of it before.  So The Edge went on my list of films to see.

Billionaire Charles Morse (Anthony Hopkins) accompanied his model wife (Elle McPherson) on a shoot in Alaska.  Photographer Robert “Bob” Green (Alec Baldwin) and his assistant Stephen (Harold Perrineau) went in search of another local photographer.  The helicopter that carried them crashed and stranded the three men in the Alaskan wilderness.  Before long, they realize that they have been stalked by a man-killing Kodiak bear.

This action/survival tale had some definitive benefits to it.  First of all, Anthony Hopkins is a master actor and he can make nearly every silly or cheesy scene watchable, if not tense and exciting (Transformers: Last Knight notwithstanding).  Hopkins’ character is intelligent and observant, understanding the situation and finding ways in which to help them survive.

I wonder if this was on the resume for Harold Perrineau when he applied to be Michael on LOST (Waaaaaaaaalllllllt!) as he showed off his skills of running through the trees and navigating water and rivers.  There were a couple of scenes with Perrineau that were painful and extremely dramatic.

I do have to say that Charles Morse was probably too great of a person.  I truly respected his kindness and his heroic efforts, but I have to say there were a few moments that made me question what he does.  I am not sure I would have done the same thing making him the best among us.

However, I do love the fact that the movie highlights his intelligence as one of the key character traits of this man.  He is shown to be able to think on his feet and to plan out a strategy that will give him the best opportunity to survive, whether it be from the wilderness, the animals or the human component.

I did find it difficult to accept the film’s assertion that the bear was tracking them the whole time, but I have to say the confrontations with the bear made up for any issues I might have had with the narrative.

The Edge had some good action scenes, but they knew that the real elements of survival were not just built on the action.  The moments of character interaction were every bit as good as the action, if not better.  Except for the bear fights.  Those ruled.