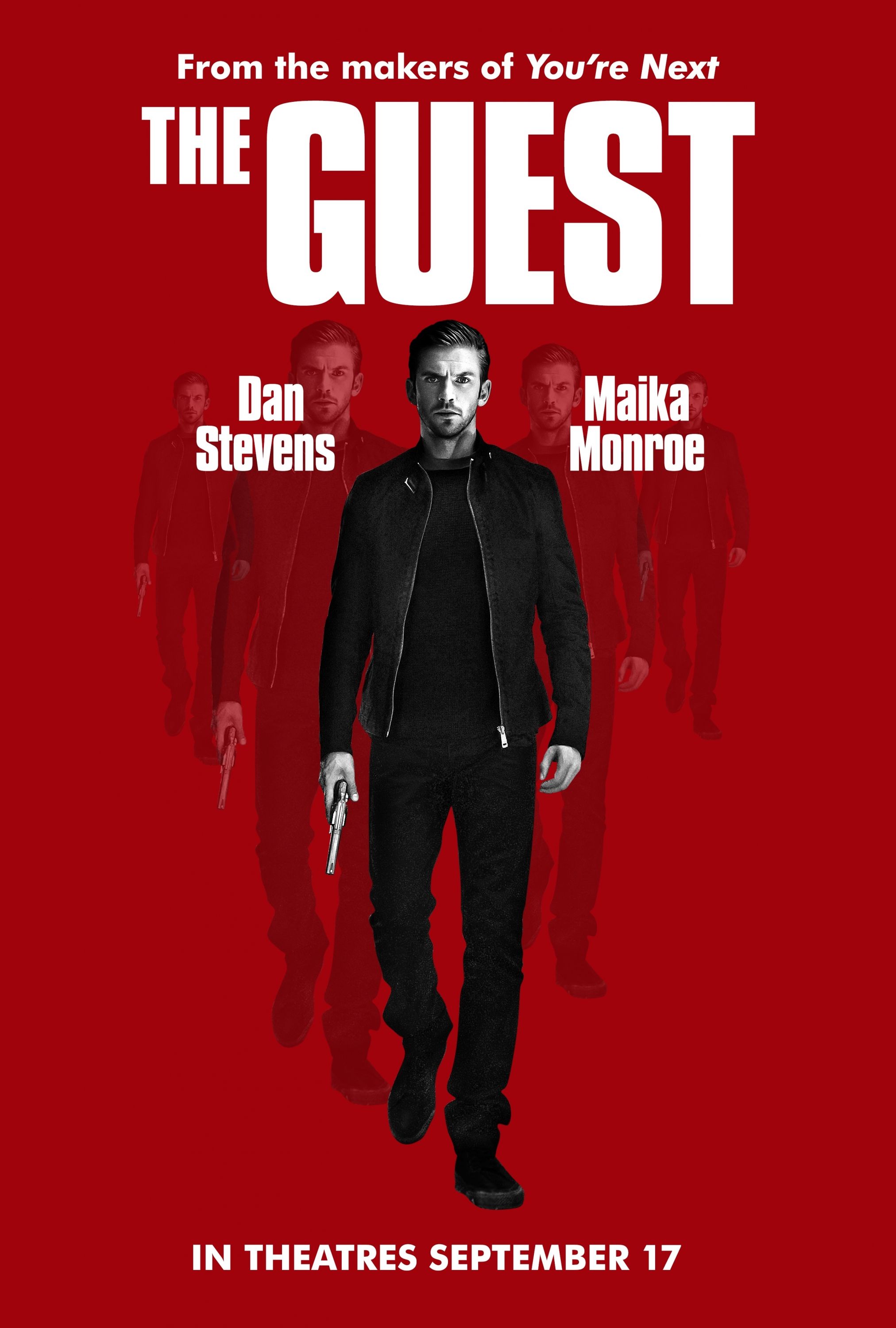 I was scrolling through Netflix to try and find a movie for tonight and I found something new on the streaming service from 2014 that featured Dan Stevens.  It was a movie called The Guest.  However, that had not sold me on watching the film as of that point.  Then I saw that the list of actors included Brendan Meyer, and I was in.

Brendan Meyer is an actor who also participates in the Movie Trivia Schmoedown as Brendan “The Kid” Meyer.  I liked the Kid a great deal and getting a chance to see him work in a movie was a great opportunity.

David (Dan Stevens) arrives at the house of the Petersons.  He tells Laura (Shelia Kelley) that he was a friend of her deceased son during their time in the military and that the last thing he had promised to her son was to look out for his family.

Laura’s other son Luke (Brendan Meyer) and her 20-year old daughter Anna (Maika Monroe) started to bond with David as he showed that he was capable and helpful.

However, David has a dark secret that threatens to put the entire family in jeopardy.

Dan Stevens does a very solid job as the machine-like soldier who never seemed to be out of control.  You could understand why, just by the way he carried himself, this family took him in so quickly.  He was clearly a skilled manipulator, finding specific way to endure himself to each member of the family.  Plus, he seemed to be going out of his way to make their lives better.

Little did they know there was a darkness inside him and that he could snap and turn on them all at any moment.  The film does a great job of playing that tone of uncertainty, always suspecting but never being totally sure what was going on.  In fact, there were chances that the story might flip on us and that what we were being led to think was not that way at all.

When the tables turned, it went violent very quickly, putting our protagonists in desperate situations.  There some moments of brutality that was tough to watch.

Now, David’s motivations did feel muddy.  I was not sure I understood in the end why he wound up in this place and what his true motivations were.  I understand why things happened the way they did, but I am not sure what brought him here in the first place.

The film moves briskly and gives you some good thrills and some exciting moments.  The performances are decent and there was an appearance by Abaddon from LOST (Lance Reddick) too as Major Carver.

This is a fine watch on a Saturday night if you’ve got nothing else to do.