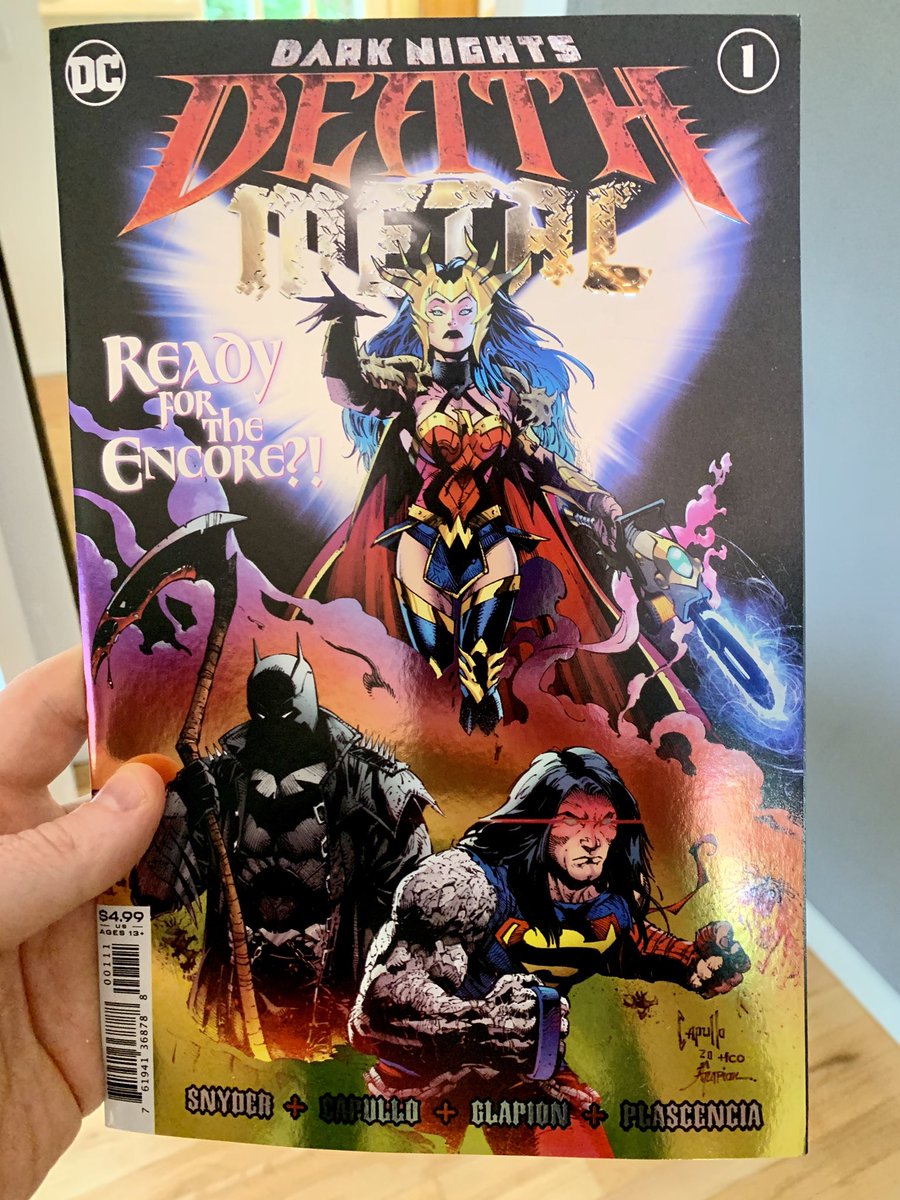 Do you know what time it is?  It is time for the regularly scheduled DC Universe reboot/crisis.

Or, at least, that is what I thought it was.  I am not a regular DC reader so I was really confused by what was happening in the book. Apparently, this was a continuation of the Justice League/ Batman Who Laughs story arc.

I did enjoy the Batman Who Laughs during the Batman/Superman arc, but I have not been paying attention to JL.  So when I started this book, it had a very Age of Apocalypse vibe to it.  I’m not sure if this is an alternate universe or if it meant to be the main DC Universe.

However, with the discussion of Anti-Crisis that happened throughout the book (a interesting idea, to be fair), it seems as if DC will be at it again.

I do like Batman Who Laughs, which makes this issue one that may not appeal to me as much as I thought.  Batman and Wonder Woman are pretty kick ass here, while Superman is touched upon.  There are other DC heroes who look to have had a more difficult time.  The world itself feels like the most recent Battleworld in Marvel’s Secret Wars, different lands with heroes as rulers.  Looks like a fun place to play a role-playing game.

The book had a ton of exposition.  I had to read a lot because I was not sure what was happening.  Art was good, but some of the character designs were throwaways.  Some of the cameos/Easter Eggs seemed like it had characters for fans just to spot.  Not important to the story.

This was fine. I am not a huge fan of alternate universe materials and I am not sure if this is leading to another reboot.  That is what it feels like.  I may pick up the five issue series, but it is not my top choice.