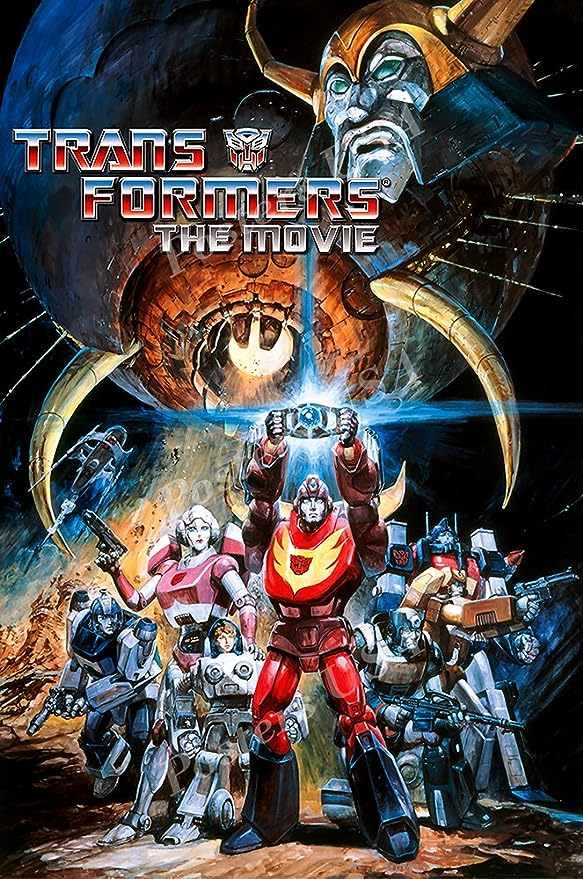 I recently watched the Neverending Story, a film from the 1980’s that featured a scene (the death of Artax the horse) that traumatized a generation.  However, there may have been one other scene that was more scarring to the youth of the 80’s than Artax’s death and it appeared in Transformers: The Movie.

That scene is, of course, the scene where the Autobots’ leader Optimus Prime (Peter Cullen) is killed in a battle with Megatron (Frank Welker).  There are countless children whose first concept of death came from this animated movie.

I remember where I was when I was watching this movie for the first time.  Prime dies int he first act of the film and it took the whole air out of the rest of the movie.  I disliked the film at the time because they were trying hard to introduce a bunch of new characters into the cannon, most of which were oddly colored and non distinguishable from the others.

Hot Rod (Judd Nelson) led the new characters, all voiced by well known actors, and he was the most distinct of the new Autobots.  Megatron was transformed as well into new bad guy Galvatron (Leonard Nemoy) and they introduced the epic villain Unicron (Orson Welles).

Most of the music is just horrible, but the song called “The Touch” is a perfect song for the moment and, of course, Dare to Be Stupid by Weird Al Yankovic was a great surprise.

Watching this again, the story is weak and the film never really builds on the emotion of the death of Optimus Prime.  The animation was not much better than the animated series from the 1980’s.

I was a fan of the animated series, but this film not nothing to continue this.