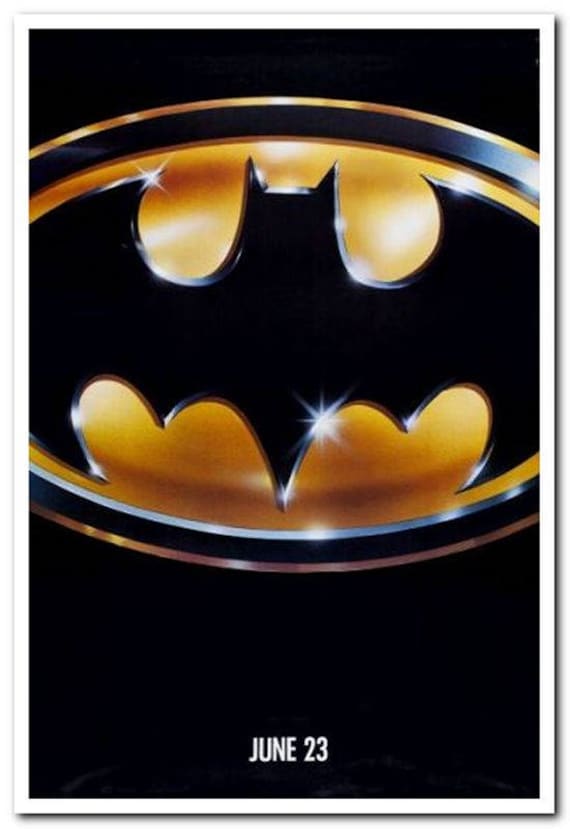 Today’s big news that Warner Brothers has begun talks with Michael Keaton to resume his role of Bruce Wayne in the upcoming Flash film brought a great deal of excitement and anticipation to the DC movies.  It made me watch the film that started it all.

In 1989, Tim Burton directed Batman, starring Michael Keaton as Bruce Wayne/Batman and Jack Nicholson as The Joker/Jack Napier.  This film took the character of Batman in a different direction than he had been.  In the comics, Batman had begun to become darker, especially within the Dark Knight Returns mini series from Frank Miller.  The Joker had started to be portrayed as a more psychotic killer in the comics, The Killing Joke, which came out in 1988, a good example.

Burton’s Batman took the two Batman versions, the campy version from the 60’s TV show and the darker comic book version and combined them into a great movie compilation.

Keaton and Nicholson are magnificent in their roles.  Keaton was really considered poor casting at first, but he truly knocked it out of the park.  Nicholson was comedic and over-the-top, giving the Joker a ton of personality.  Of course, he was just playing Jack Nicholson with the volume turned way up.

Gotham City was as much of a character as any of the main actors in the film.  The city was dark and filled with crime.  The look of the film was pure Tim Burton design and lead to many movies following this one providing important details to Gotham.

Kim Basinger is fine in the film, but honestly, I think the Bruce Wayne-Vicki Vale romance is easily the weakest part of the film.  I did not buy these two falling for each other after one basic night.  And when Alfred (Michael Gough) takes her into the Batcave, well, that just was done to movie the plot along.  I liked her use here, but I would have liked for their relationship to have developed more than what it was.

Watching this again for the first time in a lot of years, I was impressed with how much it held up.  With the exception of the Vicki Vale relationship, I really enjoyed the movie.  In comparison to the more recent Batman flicks, Batman ’89 feels more campy than it did at the time of the release, but it does catch a nice balance between the two styles of the Bat.

The ending of the film is fabulous, taking place at Gotham’s 200th anniversary and ending up in the belfry of a church.  The final battle with Joker is just amazing and Nicholson steals every minute of it.

I personally see this as not as influential a movie as some other people do.  The third and fourth Batman movies following this slid into nearly total camp and almost destroyed the comic book movie.  I credit the Sam Raimi Spider-Man and the original X-Men movies as the true inspiration of the current comic book movie world.  However, that does not make Batman any less entertaining.