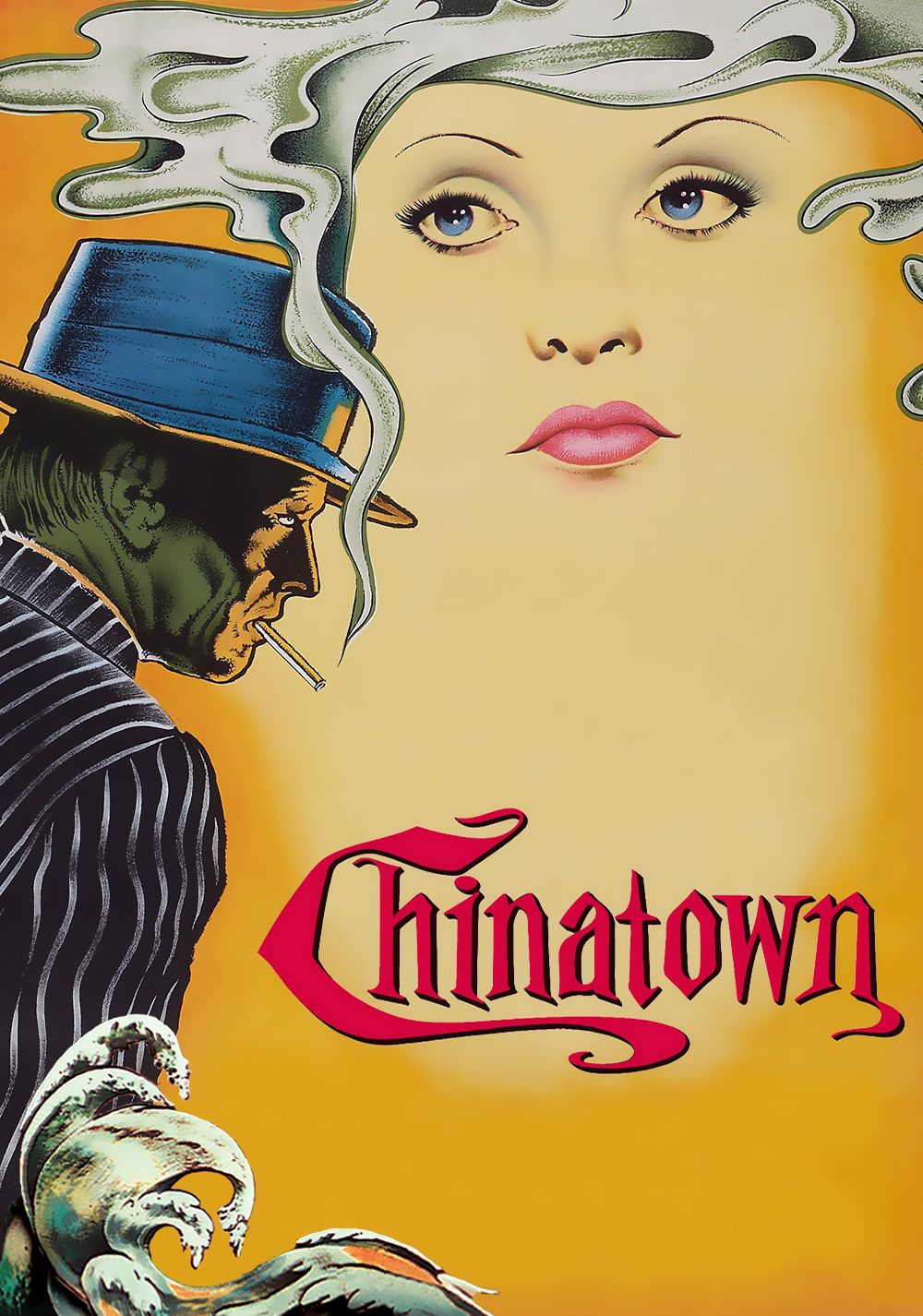 I was watching the Top 10 Show this week and they were doing the Top 10 Jack Nicholson films.  I try to do a list of my own for each week’s topic, but, when investigating, I was surprised that I could not come up with ten films from Nicholson that I liked.

However, I had not seen several and so I thought I might get a couple of more movies in his oeuvre watched so I could complete the list.  I decided to start with the highest film on John and Matt’s list that I had not seen, which also checks off one of those boxes of an iconic film that I had never seen before.

Chinatown, starring Jack Nicholson as Jake “J.J.”Gittes, a private investigator who gets hired by a woman claiming to be the wife of chief engineer for the Los Angeles Department of Water and Power Hollis Mulwray (Darrell Zwerling) to prove that he was cheating on her.  When Mulwray is killed, Gittes discovers that the woman who hired him was a fake and that the real wife Evelyn (Faye Dunaway) had secrets.  Gittes began investigating the murder, which was connected to disputes in Los Angeles over water.

The story is complex and really develops over the course of the movie.  It is absolutely a movie where you need to give your complete attention if you want to understand what is happening.

Directed by Roman Polanski, Chinatown is a neo-noir crime film with a very complex mystery at its heart.  However, there is more than just the murder in this mystery with the film taking a couple of difficult turns along the way.

Jack Nicholson is the top of his game here and his presence truly drives the film along.  Faye Dunaway has great chemistry with Nicholson and stands out.  John Huston only has a few scenes in the movie, but you gain a deep hatred of him right away.  The performances as a whole are every bit as complex as the story that the movie is telling.

I am unsure how I feel about the ending.  SPOILER (if you haven’t seen the film after all these years) As Faye Dunaway is attempting to escape from John Huston, the police shoot and kill her, making the ending tragic as can be.  Apparently, Polanski wanted this ending and had conflict over one of the writers who had wanted a less tragic ending.  I am not confident how I liked that.  It did leave me feeling unsatisfied, if not emotional.

Chinatown is a certainly a classic film and I was pleased that I finally checked off this box.  It will certainly make my own list of Top 10 Nicholson movies.