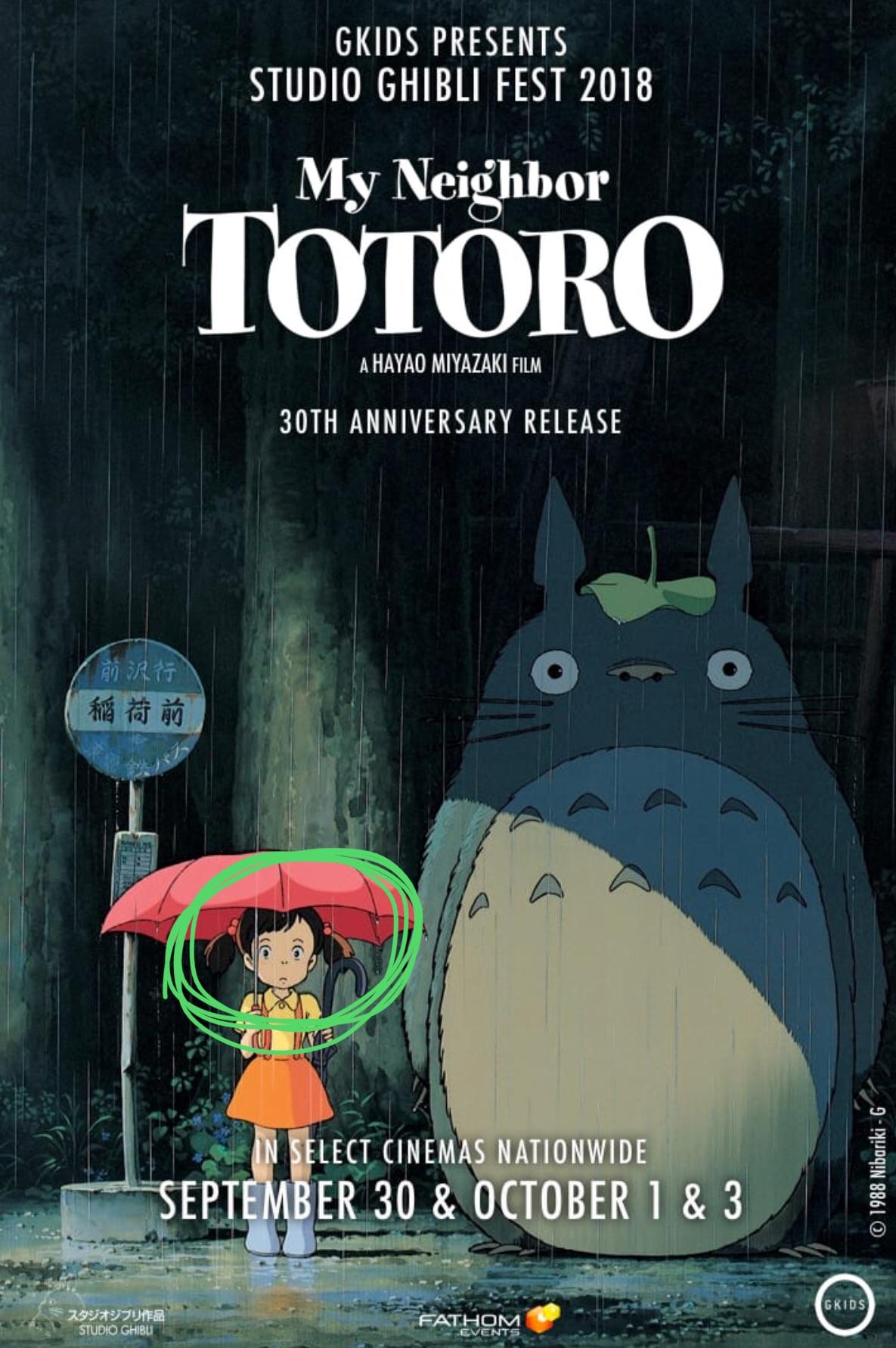 The next Studio Ghibli film on the list in Hayao Miyazaki classic My Neighbor Tortoro.  This is one of the most beloved anime films in international cinema and, after seeing what had come before this on my DVDs, I was excited about seeing it.

Unfortunately, I was quite disappointed with this movie.

Yes, the animation is beautiful.  I have a feeling that when looking at all of these Studio Ghibli films, that is a statement that I can include in every review.

The story was sweet and I think that children would love this movie.  There is a touch of magic in the film and the two girl characters, Satsuki and Mei, are very relatable.  The story was simple and is more about the two girls than any plot points that happen in the film.  There was a fun moment at the bus stop, but other than that, I was unimpressed.

Much like Panda, Go Panda, I found Mr Neighbor Tortoro to be too much targeted toward the very young children and that there was not much here for the adult in me.

I also found what plot points there was here were fairly dumb.  I had a definite issue with Satsuki and Mei’s father, university professor Tatsuo Kusakabe.  He was one of the worst parents I have seen in a long time.  Things were happening right under his nose, as he was too involved in his work.  His children were disappearing and he just went about his business.

The whole plot point where Mei gets lost was so inane as well.  There were so many spots where I was just laughing at what was happening and the people’s reaction to the situation.

Beautiful to look at, great to listen to (with a wonderful score) but unengaging for me.  My Neighbor Tortoro was not what I had hoped it was going to be.