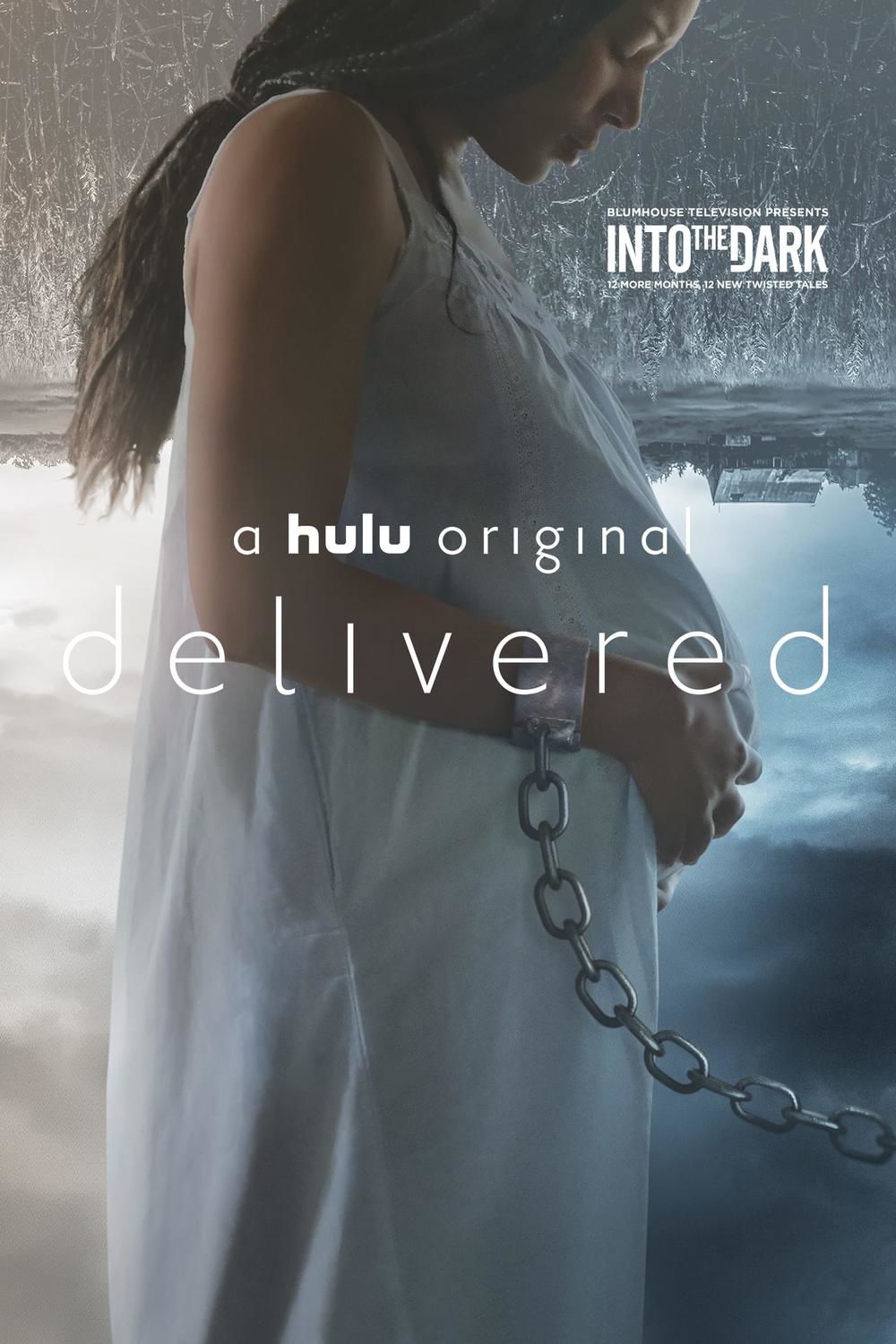 As I was searching for the movie to watch this afternoon, I came across a Hulu original called Delivered.  It turned out to be from the Hulu horror movie series “Into the Dark” and I had really enjoyed one (Pooka Lives) from earlier in the year.  I gave this one a chance.  Unfortunately, this one did not turn out as fun as Pooka was.

Delivered did not have the humorous tone of Pooka Lives!, which is fine.  Horror does not have to be comedic to work in a series like this.  However, there is just not much more here either outside of gross shocks and disgusting imagery.

Val (Natalie Paul) is very pregnant and she is preparing, with her husband Tom (Michael Cassidy), for a difficult birth.  Val does not seem to be excited about the pregnancy.  They meet another pregnant woman at a birthing class named Jenny (Tina Majorino) and they become friends.  However, when Jenny invites the couple over to her isolated house for dinner, she kills Tom and kidnaps Jenny, chaining her to the floor.

We know almost nothing about Val before she is taken captive, except that she had another man named Riley (Micah Joe Parker) who has been hanging around.  We discover the basic story between them later, but it is such an afterthought that it is just included here to try and gain some plot points instead of developing character.

We learn a little more about Jenny and why she was so bat-crap crazy.  He back story is horrible, but also really does not feature into the film outside of a moment or two.  It is very surface level for the motivation and she feels fake in the end.

It did not help that there was one moment in the movie that Val had knocked Jenny out.  I was screaming at the screen to finish her off, but Val chose to run off instead.  From that point on, I was more upset about her own failure and stupidity than her current situation.

Then, the final act was as gross and unnecessary of a scene as you are going to find in a movie.  It also made so little sense that when the film tries to get this past you, it is so ridiculous and obnoxious that it would have ruined a good movie, which this already was not.  There was so much wrong with that scene, both from a logical point of view to a moral point of view that it is hard to not feel either offended or stupider.  Legitimately,  this was a massive failure.

Val had been having these dreams throughout the movie, which stopped being surprising very early.  They were so obvious that they served zero purpose.  Then the film practically ripped off the cringe-inducing scene from Misery, but truthfully, even that did not create difficulty for Val.

There were just so many times that I wanted Val to try and do something to escape, but she always just seemed to be on the bed and cry.  The one time she found something was just a waste as she luckily found the details of Jenny’s past.  Nice of Jenny to keep those newspaper clippings in the same room that she was keeping Jenny.

The more I write and reflect on what I saw, the more upset I become.  This is on Hulu, but do not go searching for it.  There are so many other, much better films to watch than this crapfest.