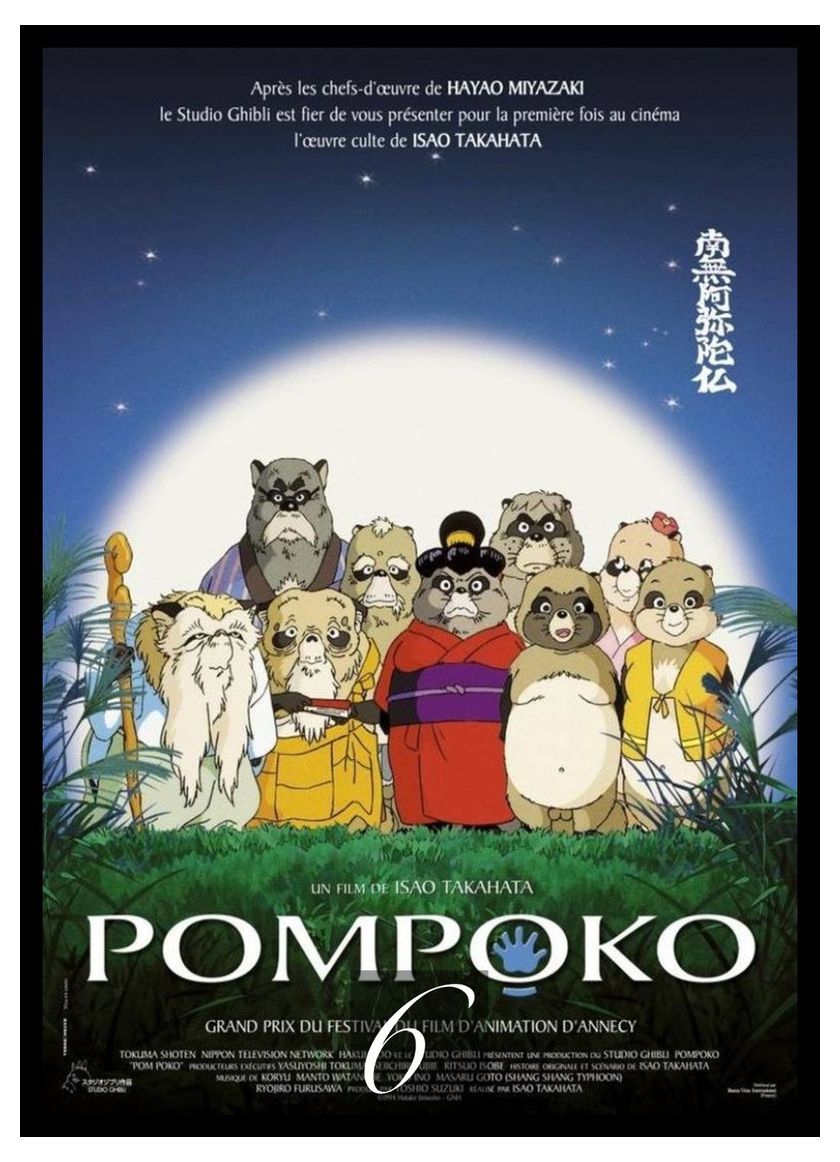 Continuing to move along in the Studio Ghibli films, I have come across Pom Poko.

Pom Poko tells the story of “raccoons” ( which apparently is an inaccurate description of these creatures, known in Japanese folklore as tanuki (though the film’s English dub referred to them as raccoons and that will be how I refer to them).  These raccoons lived in a forest and began to struggle against the humans and their suburban development in the land.  The raccoons had the ability to transform themselves into any kind of objects and they used this ability to try and scare the humans off.

Of course the animation in the movie is great, as it seems that all of the Studio Ghibli are.

After that, though, I did not find myself a fan of this one.  The comedy/drama film was odd, very strange.  There was bizarre story elements and the raccoons really were trippy.  There is a heavy theme of environmentalism, which was hardly subtle.

The film was narrated throughout the movie and I found that distracting in many ways.  The voice was unemotional and told the events in a detached manner.  For a film with so many fantastical elements, the spoken narration was very much out of place.

None of the characters spoke to me.  They were either unmemorable or so over-the-top that they did not fit in.  We did not have a main protagonist, as the characters continually switched from point of view.

Honestly, this one was not one of my favorites.  I feel as if there were way too many problems in the style or the construction of this story and that it simply does not live up to the beautiful animation in the film.  Pom Poko was difficult to watch and dragged on for much of the film.