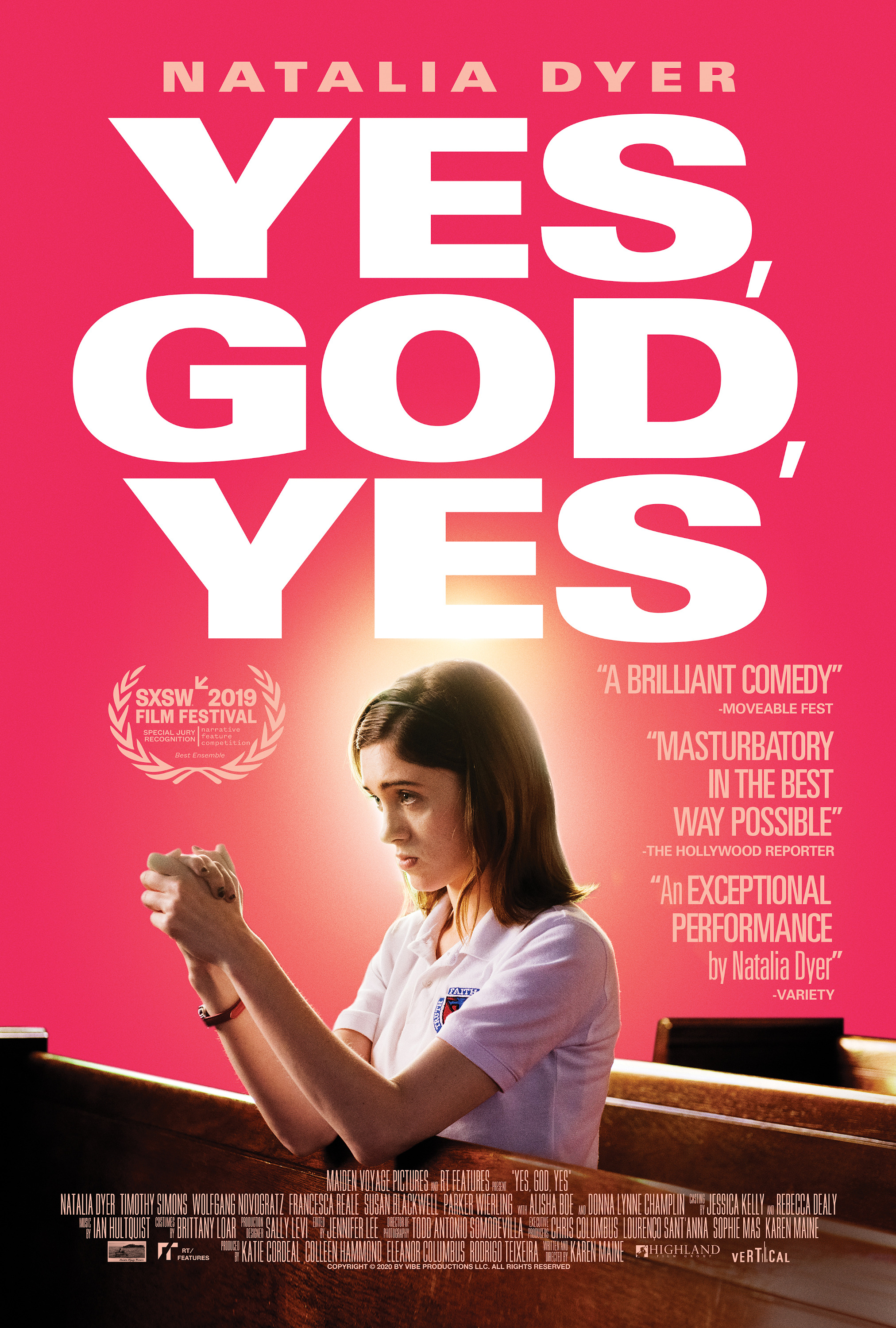 Writer/director Karen Maine presents this coming-of-age story of a young Catholic girl who has found the inner desire of personal urges after coming across a racy AOL chat.  These urges made her extremely uncomfortable as she attended a Catholic youth retreat, making her afraid for her eternal soul.

This movie was wonderful and felt real.  The voice of the film was realistic and relatable.  Maine investigates the hypocrisy of the situation and does a great job of showing that many say things that they do not mean and that the sexual urges are common.

There is also a strong message about not believing everything that you hear and know that rumors were not always accurate.

The young girl, Alice (Natalia Dyer), had an innocent aura about her.  She did not even understand what the rumor that was being spread about her and another high school boy meant that she was supposed to have done.  The Catholic guilt was at full steam for Alice, who was feeling ashamed about the thoughts that she was having.

However, she kept seeing others at the retreat committing “sins” despite what they had been saying.

Natalia Dyer was amazing as Alice, as we see her initially uncertain and guilt-ridden and then grow to a confident young lady.  Dyer’s facial expressions are perfectly executed and she draws the audience in to her plight and everyone understands.

The film was paced wonderfully and not one scene in the 78 minute movie was overlooked.

This was a great film with a story that should be able to speak to most watching and was filled with a lot of real-life humor.