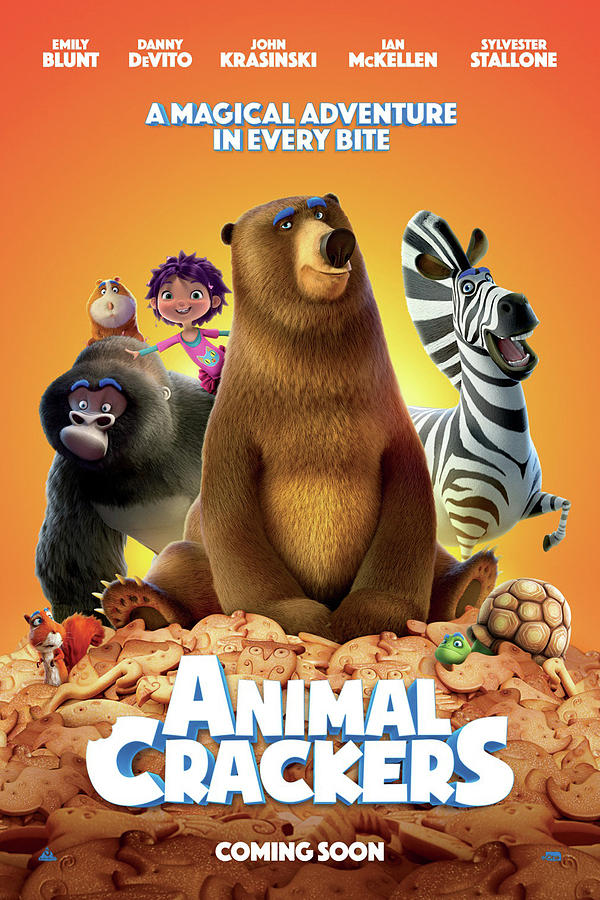 Looking through Netflix the other day for something new to watch, I found this animated movie called Animal Crackers that looked intriguing.  There was a massive voice cast of A-list actors including Emily Blunt, Danny DeVito, Sylvester Stallone, John Krasinski, Ian McKellen, Raven-Simone, Wallace Shawn, Gilbert Gottfried, Tara Strong, and Patrick Warburton.  With that list of talented actors and, what appeared to be colorful and engaging animation, I was ready to watch this movie.

Unfortunately, the film itself is quite the mess and way too complicated in execution.

Owen and Zoe fall in love and want to get married.  In order to be a good provider and to please Zoe’s demanding father, he leaves the family circus to take a job at Zoe’s father’s dog treats plant.  When the circus winds up in his own possession, Owen returns and tries to bring the circus back to prosperity.

When he discovers the secret behind the animals, Owen dedicates himself to the circus.  However, Owen’s uncle Horatio P. Huntington is trying to steal the secret and the circus for himself.

That synopsis is a little off, but that is because there is a lot of convolution involved in the film.  I believe that a young child will enjoy the movie with the colors and the various animals and they will not be bothered by the lackluster tale.  As an adult, though, I need more from my animation than what this movie provides.  Otherwise, what could have been a wonderful film is very empty and half-hearted.

I did really enjoy Bullet-Man, voiced by Sylvester Stallone.  This character’s running joke was the best one of the entire film.

If you need a “babysitter” for an hour and a half + some day, pop this film on Netflix and your little kids will probably be entertained.  In that case, the film works.  If you want to watch it, there is little to engage anyone over the age of ten.