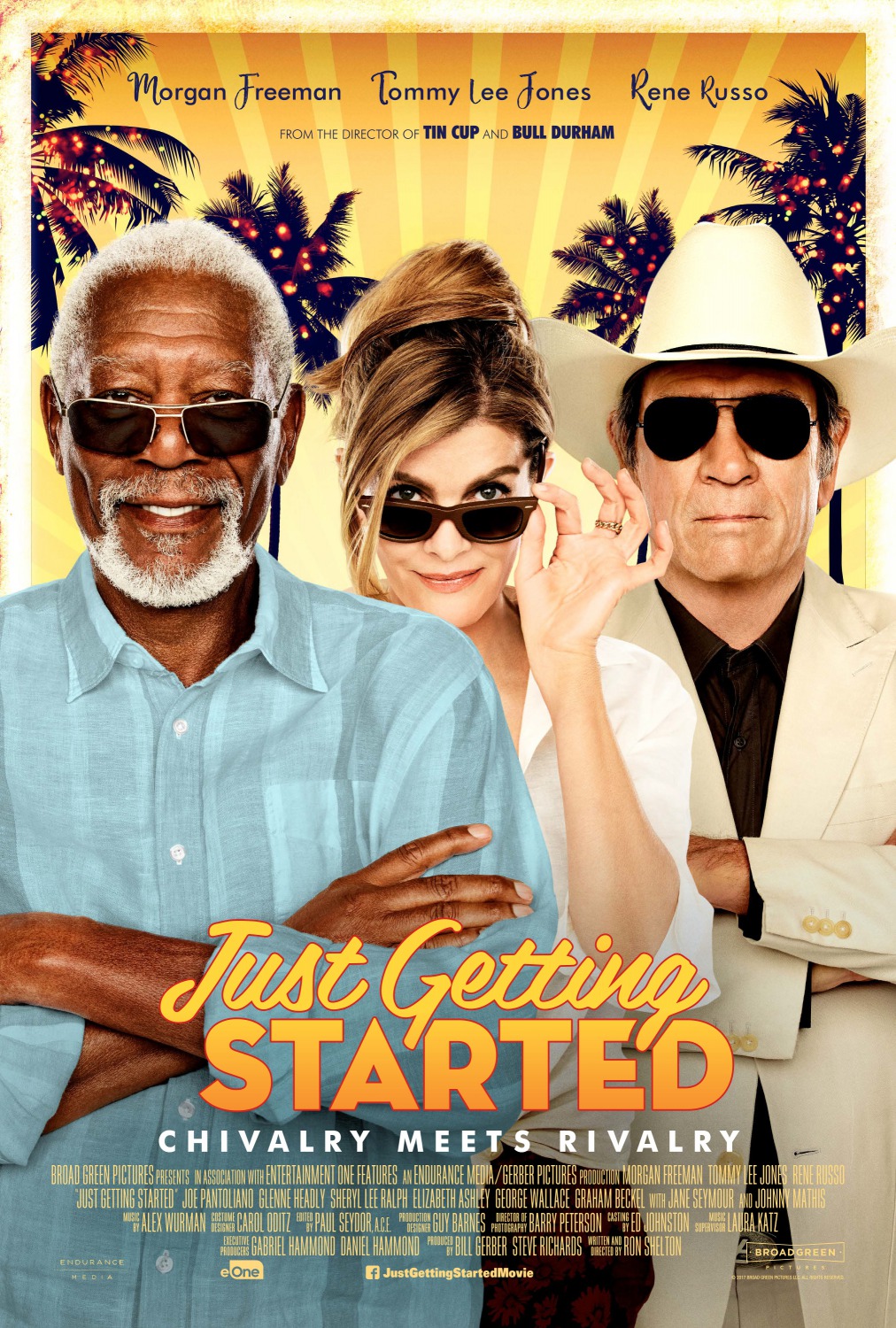 This film stars Morgan Freeman, Tommy Lee Jones and Renee Russo.  They’ve starred in films such as Nightcrawler, The Fugitive, Men in Black, The Shawshank Redemption, The Dark Knight, Lincoln, Captain America: The First Avenger and No Country for Old Men.

And Just Getting Started.  One of these things doesn’t go with the other.

What a waste of time.

Morgan Freeman stars as Duke Diver, the manager of the luxury Palm Springs resort, the Villa Capri.  Duke is eccentric and living the lifestyle of the alpha male of Villa Capri.  That is, until Leo (Tommy Lee Jones) comes along to steal his thunder.  Plus, Rene Russo arrives to give Duke a job performance review for the owning company.  Oh, there is a mob story and you are supposed to think that Leo was there to try and kill Duke.

Ugh.  This was written by the same man who wrote Bull Durham.  What happened?

Plus, in a world where sexual misconduct is being rightfully called out across Hollywood, both Duke and Leo treat women with a remarkably old time style.  And Rene Russo’s character of Suzie is played with such a weakness that she actually has to swoon over Johnny Mathias.

Suzie is such a caricature in the story that you cannot take her seriously, even for a moment.  She portrays everything that is opposite of a strong woman that it is appalling.

There is little to no humor in the film.  When the big laughs are having Graham Beckel’s character sit on a bucket lid to keep a rattlesnake from escaping.

There is no sense being made.  You have elder statesmen of actors acting like middle school students in maturity level.  You got characters changing traits every five minutes and other characters that are supposed to be intelligent and well versed doing the stupidest things immediately.   Russo is a complete damsel in distress by the end of the film and a total incompetent, except of course when she is not and the film wants you to believe that she is more than what she seems.  And I have no idea what has happened to Freeman and Jones.

By the way, things keep blowing up and it never seems to attract the police.  Same with some high speed car chases.  I guess the cops have more important things to do than check out a retirement village.

Just Getting Started was done in the first ten minutes and the rest of the time was an unfunny, boring and predictable mess that had three actors who have seen WAY better in their time.