The Liz is awarded to the best actress in a motion picture for the year.

#10.  Judi Dench (Victoria & Abdul). This movie really worked because of the skilled actress of Miss Judi Dench.  She showed how the friendship of Abdul brought the monarch back to life for a time. 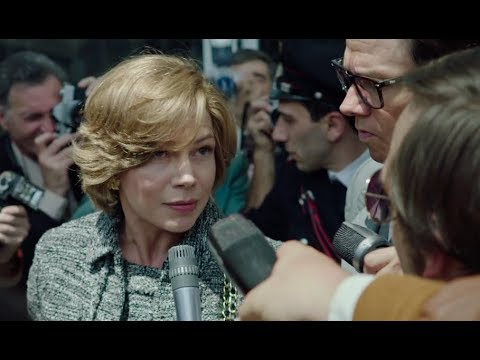 #9.  Michelle Williams (All the Money in the World).  Williams was wonderful as the desperate mother fighting against her ex-father-in-law’s greed in order to save her son.

#8.  Elizabeth Olson (Wind River) Olson was great in the role opposite Jeremy Renner.  I never once thought that it was Hawkeye and Scarlet Witch.  That shows how talented she truly is.

#7.  Anne Hathaway (Colossal).  A film not too many people saw, but it featured a tremendous performance from Hathaway as a woman who is somehow connected to a monster storming the city of Tokyo.

#6.  Daisy Ridley (Star Wars: The Last Jedi).  Daisy has effectively placed herself as the main focus of the Star Wars trilogy.  Her scenes with Luke and with Kylo were the best scenes in The Last Jedi and she is anything but last.

#5.  Carey Mulligan (Mudbound).  Carey shows us all of her emotions and her feeling in Mudbound, whether she is pining after her brother-in-law, worried for her children or trying desperately to not lose herself.  It is a beautifully quiet performance.

#4.  Carla Gugino (Gerald’s Game).  Carla carries so much of the plot of this film despite being handcuffed to the bed for most of it.  You feel for her with each decision she makes and you feel the walls closing in as time slips away.  Her performance made this Stephen King adaptation so compelling.

#3.  Saoirse Ronan (Lady Bird).  Coming off her star turn in Brooklyn, Ronan heads up this coming of age movie sharing scenes with the powerful Laurie Metcalf.  Ronan is as strong of a young actress as we have today.  Few can do angst like she can.

#2.  Gal Gadot (Wonder Woman). This truly was Wonder Woman’s year and Gal Gadot proved many people wrong.  She completely embodied Princess Diana and brought such a warmth and a heart to the role that you wondered how anyone else could have ever played it.

#1.  Frances McDormand (3 Billboards Outside of Ebbing, Missouri).  One of the rawest performances of the year for sure as we followed her through the pain that did not go away.  We watched her seek justice for her murdered daughter that did not seem to come, and we saw her go too far.  She was anything but a likeable person, but you could still relate because the loss was so destructive.