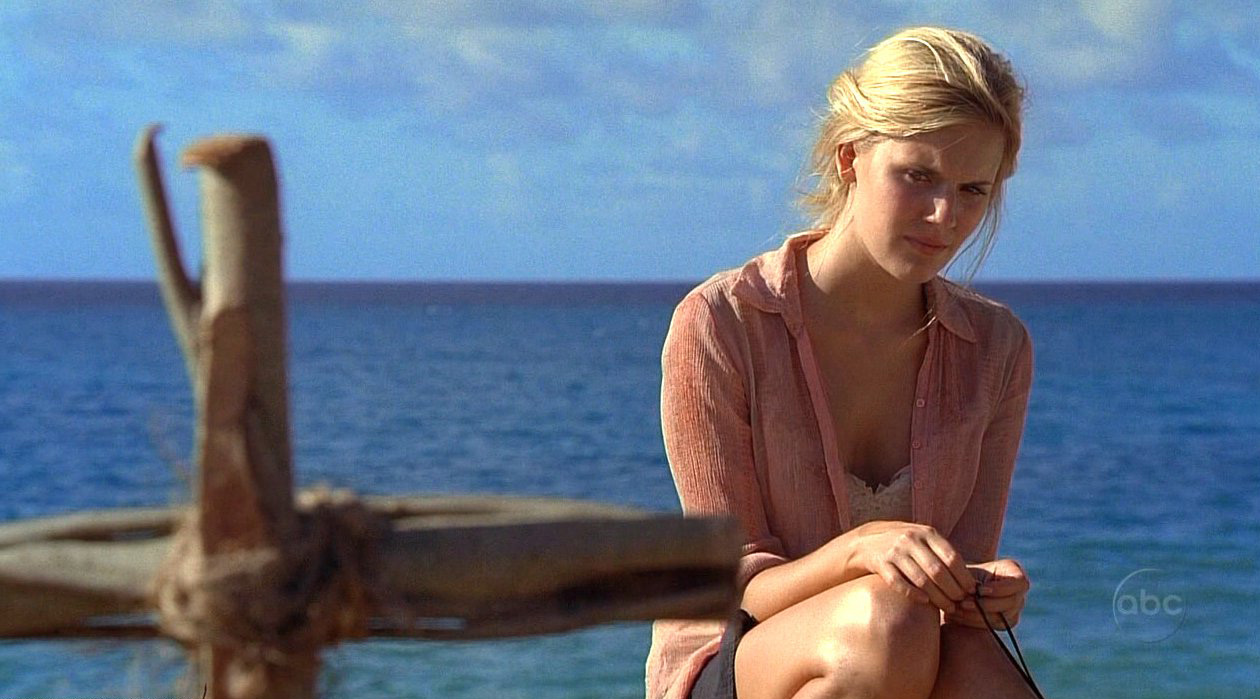 Be careful if you have sex on the Island. You are tempting fate.

That is something shown in this episode as Shannon Rutherford was shot and killed in a misunderstanding with Ana Lucia.

I had never like Shannon much in the first season, but this Shannon-centric episode, along with her developing relationship with Sayid, had really started making this character more likable.  Then…

Ana Lucia did not know who Shannon was and she was already on the edge because the Others had just taken Cindy (the stewardess), and Shannon was chasing after the vision of Walt that she had seen (Smoke Monster?).  Unfortunately, I do not think that the character of Ana Lucia ever got over the shooting of Shannon in the eyes of the audience.  It seemed like they were setting Michelle Rodriguez, who played Ana Lucia, for a relationship with Jack, but the whole Shannon thing, along with her initial attitude seemed to derail her.

Back on Shannon for a minute, the flashbacks involving Shannon were really sad.  Her father’s death really caused her life to spiral away.  She had earned a prestigious internship in New York at a dance school, but she could not afford to go.  Sabrina, her step-mother Sabrina, is one of the worst characters on the show.  She treated Shannon so poorly that you connect more to Shannon than when she seemed like nothing more than a spoiled brat.   Sabrina is such a vile woman that was so cruel to Shannon that you really want to see her get hers, but she never does.