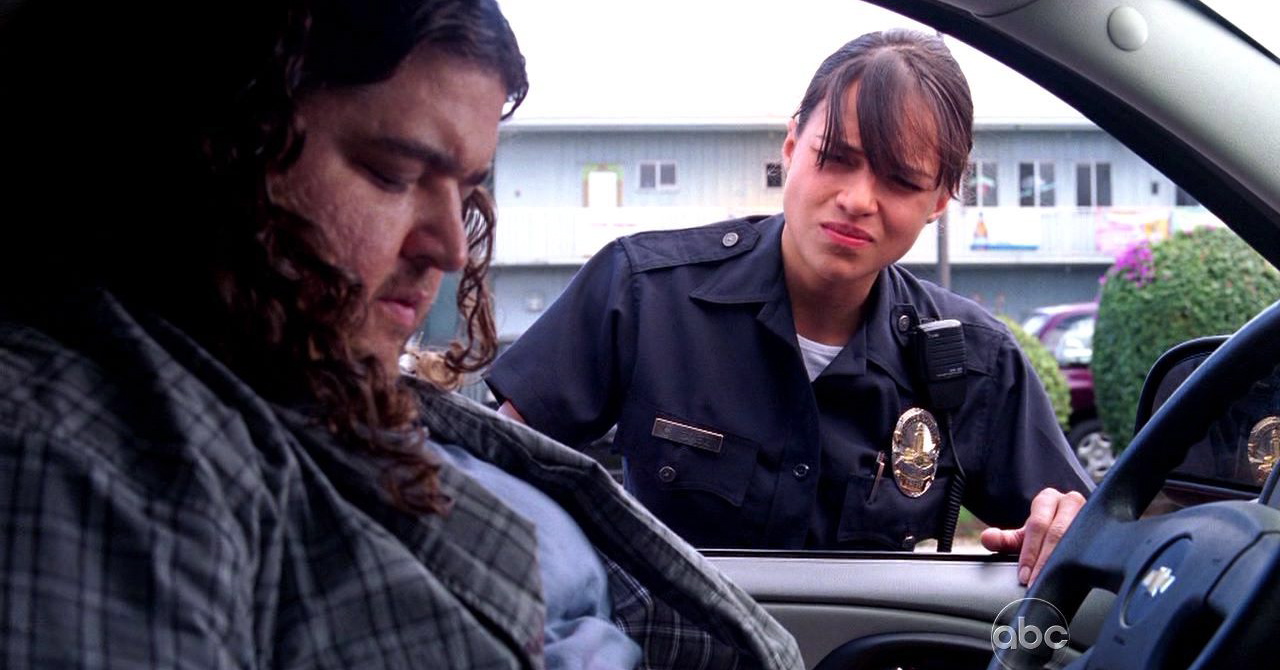 The flash forward becomes the main focus of this episode as Hurley is desperate to get Sayid somewhere to help while the weight of the lie pulled down on Hurley’s shoulders.

We find out that Hurley was the main hold out of the Oceanic 6 where the lie was.  Hurley did not want to lie for the rest of his life and only agreed after everyone else turned on him.  We see how that lie affected Hurley over the next three years.

We also saw Hurley’s “super power” in effect again as he has a conversation with Ana Lucia about what he needed to do.  Hurley has been able to carry on conversations with dead people since returning from the Island.  Ana Lucia was able to give him help and warned him not to get arrested.  That was something that Hugo would not be able to avoid.

Hurley took the unconscious and drugged Sayid to his house where he had his father help hide him.  This led to one of the best lines of the episode, “Why is there a dead Pakistani on my couch?”- Hugo’s mother.

Hurley finally tells his mother the truth about everything and gives a history of the past four seasons in about 30 seconds.  His mother believed him but she did not understand him.

Hurley’s dad had taken Sayid to Jack, who took him to the hospital.  Jack got Sayid to wake up and nearly got choked out for his trouble.

Kate, meanwhile, met up with Sun in LA and Sun brought up how Kate was supposed to have gone for Jin, but she didn’t.  Sun said she did not blame Kate.

On the Island, the group was trying to make a fire and Neal “Frogurt” got shot with a flaming arrow.  Sawyer and Juliet are grabbed by a young man in a uniform and he was going to cut off her hand when Locke arrived to save the day with his flying knives.

The show ended with Ben arriving at what looked like a church in LA that had some kind of weird machine running in the basement.  It was being run by Ms. Hawkins and she told Ben that he only had 70 hours to get all of them ready to go back or “God help us all.”