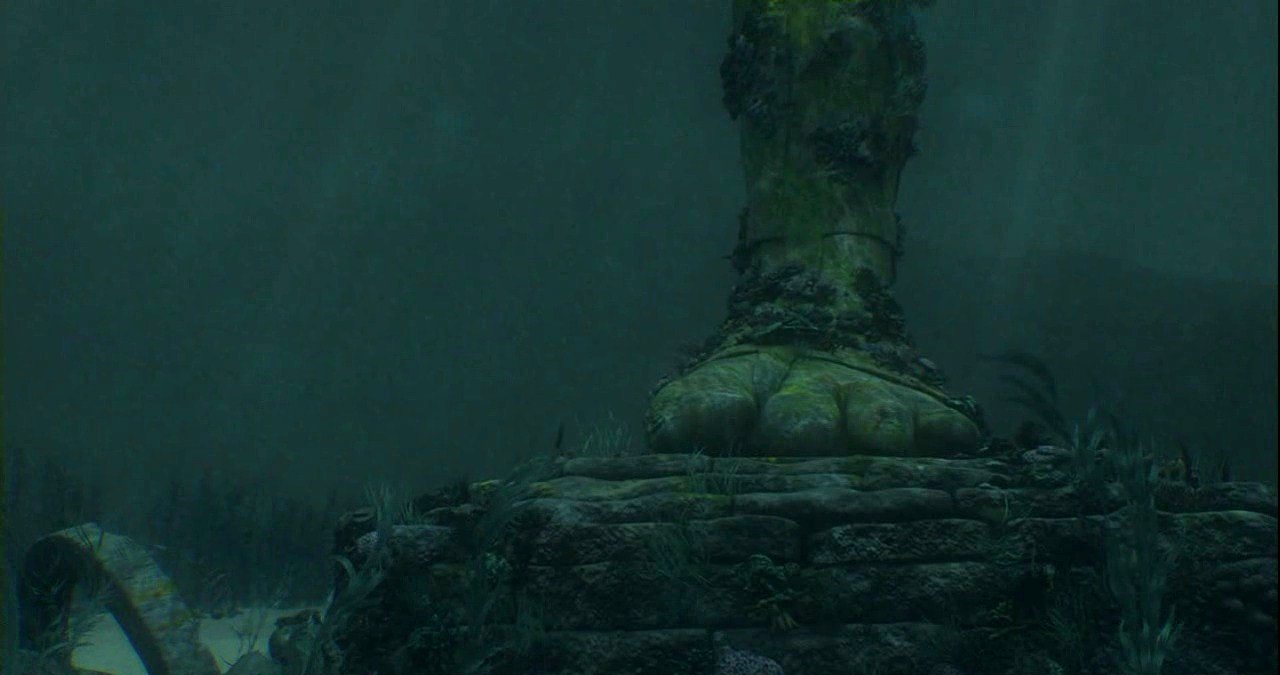 The final season kicked off with a two-part episode “LA X” which seems to have started to show us two completely different realities.  The original reality we known on the Island, and a reality where the Island is on the bottom of the ocean and Oceanic 815 landed in LA.  Kind of.

The thing is… there are things about this Oceanic 815 that is wrong.  Desmond is there, sitting and talking to Jack.  Desmond was not on the original 815 flight.  There is no sign of Shannon Littleton and her brother Boone indicated that he failed to break up her relationship.  Did Shannon stay in Australia?  Jack had a cut on his neck from out of nowhere.  Hurley claimed to be the luckiest man in the world.

What is going on?

We did get a really neat meeting of Jack and John in the airport.  The flight had lost John’s case of knives and Jack’s father’s body and the pair of them bonded over the airline’s incompetence.   Jack offered John his card and told him he was a spinal surgeon and told John he should come in for a consult.  When John said his injury was irreversible, Jack told him, “nothing is irreversible.”

Kate escaped from Mars AGAIN… and jumped in a cab with Claire, and, by gunpoint, told the taxi cab driver to go.

In the other reality, the group who had detonated Jughead in 1977, were back in the present time on the Island.  Most of them were near the Swan site, which had been built and exploded just as it always had been.  This supports my assumption that the Jughead explosion was the actual “Incident” that the Dharma people had talked about.  None of them seemed to have any sort of radiation poisoning and were the same way they were in 1977.  That meant that Sayid was still dying with a gunshot wound in his gut and Juliet actually was still alive at the bottom of the pit.

I was a little sad that they kept Juliet alive only to have her die in Sawyer’s arms.  Juliet’s final words were confusing, and Miles, later on, did not help when he told Sawyer that the words that she wanted to tell him was “It worked.”  Unfortunately, she could not tell that to him as she passed away.

Hurley received a visit from the ghost Jacob, who just died an hour ago.  Jacob told Hurley to take Sayid to the Temple and they would save him.  He told Hurley that Jin could lead him to the Temple, the place with the hole in the wall that he saw with the French team.

This means we are finally arriving at the Temple, that Ben mentioned way back in season 4.  Inside, we come across two new Others whose names are not mentioned.  They are quite ready to kill them even after stewardess Cindy told them that they were all on the plane.  Hurley spoke up and took charge of the situation, telling them that Jacob sent him.  He also opened the guitar case that Hurley had been hauling around (and through time, as he said) to reveal an ankh that contained a piece of paper (a Jacob list?).

After not killing them, they take Sayid to a pool of water, but it is not clear any more.  They put Sayid in the water and drown him despite Jack and Hurley and Kate yelling at them.  When they bring Sayid out, he is dead.  And we know on LOST that dead is dead.

Until it isn’t.  Sayid comes alive at the end of the episode.

The other big reveal here… John Locke, who manipulated Ben into killing Jacob, was the Smoke Monster, who created massive chaos by murdering a group of the Ajira passengers in front of Ben.  Ben couldn’t believe what he was seeing.

Locke left the foot and confronted Richard, knocking him out after saying he was glad to see him out of the chains.  Richard finally knew who Locke was.  Locke threw the unconscious Richard over his shoulder and started walking off.