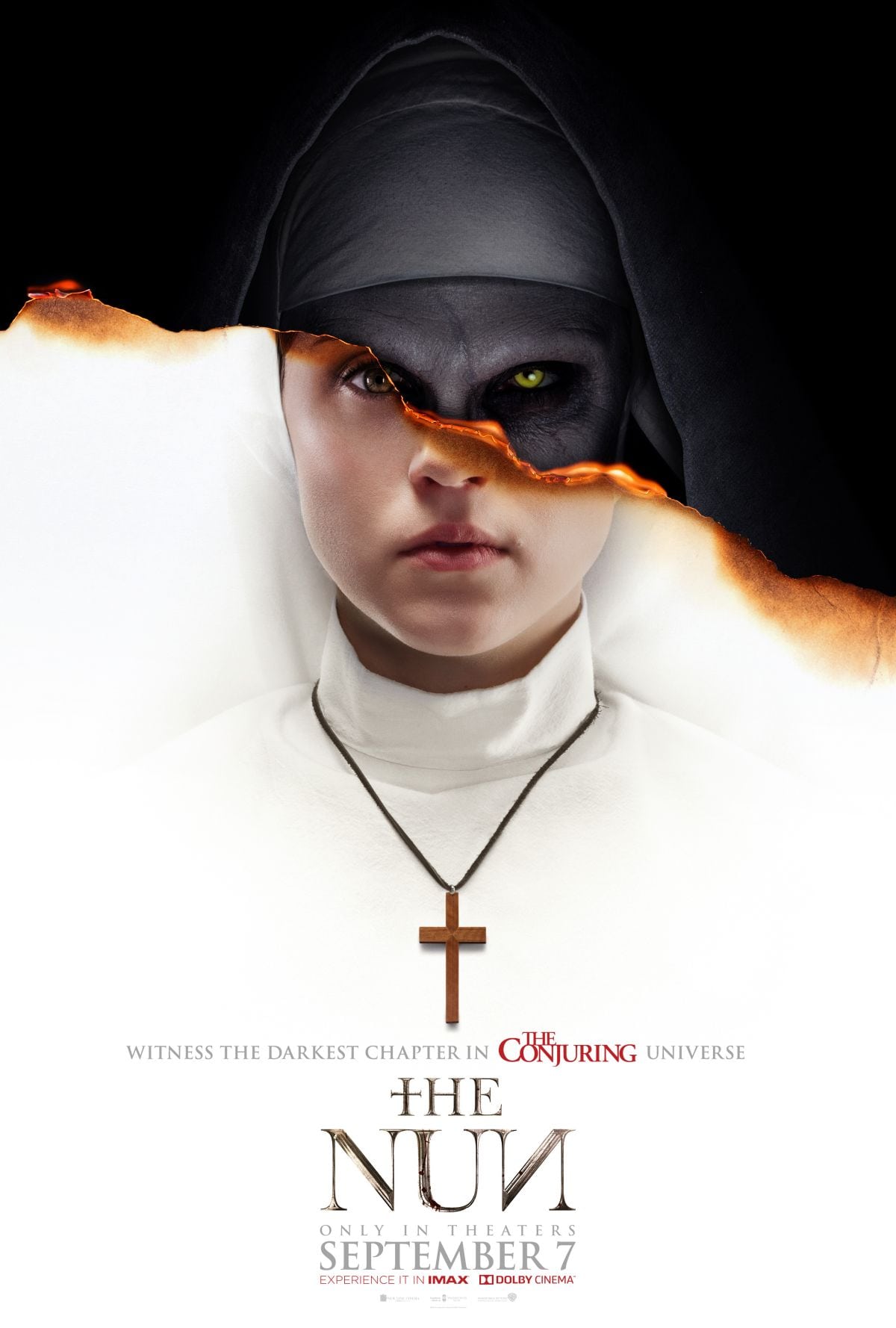 The next installment of a prequel to the Conjuring series came out this weekend with The Nun, which followed behind the pair of Annabelle movies.  The Nun made an appearance in the Conjuring 2 film and became an iconic scene.  It felt like a good idea for a spin off.  However, feelings can be deceiving.

The Nun is a horrid horror movie.  It was just terrible with so many problems in it that make horror movies cliched and boring.  I fought to stay awake through much of the movie and I found it to be just one of the worst films of the year.

After a nun apparently committed suicide, Rome sent Father Burke (Demián Bichir) to investigate in Romania.  They also, apparently, send a nun who had yet to take her vows, Sister Irene (Taissa Farmiga), with him.  Once in Romania, the pair met the man, Frenchie (Jonas Bloquet), who had discovered the nun’s body.  The trio realized that the location of the “suicide” was a place where a great evil had taken root and they had to stop it from gaining a foothold in the world.

There were so many scenes here that were just so terrible, and most of them were simply strung together as a series of seemingly unconnected events.  There were just so many ridiculously bad scenes throughout that this movie was such a waste of a good creature.  Actually, you do not see the Nun herself much in the movie.

Without spoiling, the ending sequence was so unintentionally hilarious that I could not even get the laughter out.  I sat there with a shocked expression and my mouth agape.  I don’t want to spoil, but I am going to include three words to make you understand what I was watching:  “flushing the toilet.”  You’ll know when you see it.  And what led to that moment of levity was perhaps the stupidest way for this to go down.  So bad that it might make you spit.  (Hint, hint)

Taissa Farmiga was fine as Sister Irene, but she was not able to elevate the material any higher than what was here.  Frenchie was not the worst character because he seemed to embrace the cheesiness of the character and played it as a silly, cartoonish character.  And then what happened to him was disappointing.

The Nun was a terrible movie with little to no redeeming quality.  I hadn’t even mentioned the scene with the buried alive priest.  Ugh.  Just not worth the time.