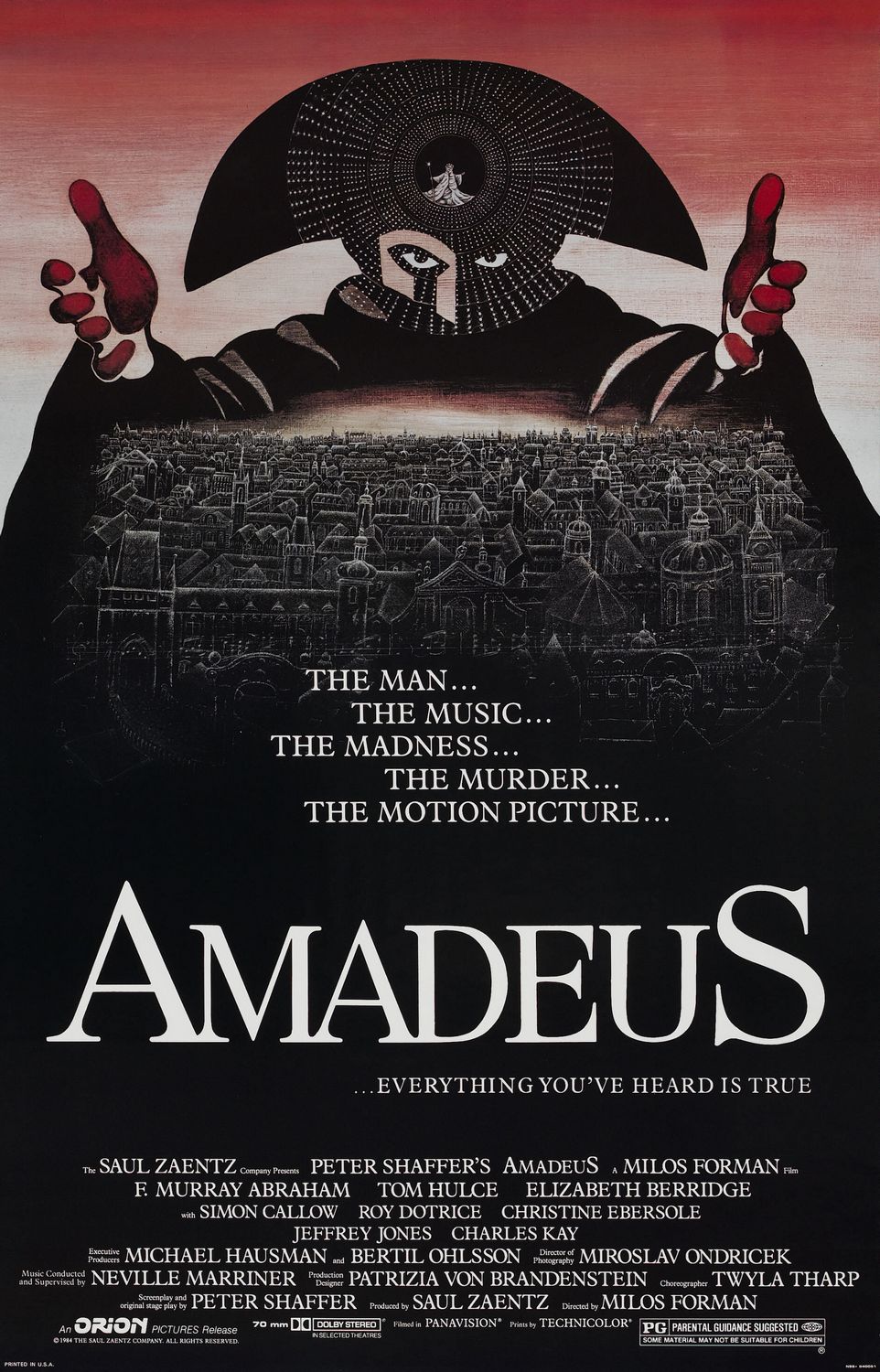 This past week’s Top 10 Show’s list was music biopics and their number one film was Amadeus.  I usually do a list of my own following their show but I have been unable to find the time.  Plus, I had some noticeable omissions when I was trying to write up the list, this being one of them.  I wanted to watch this before doing my own list, but there was just no time seeing as the fact that Amadeus was a three hour movie.

Finally, Friday night, I got a chance to watch the film and it was really great.

I enjoyed the format of the film very much.  The fact that the tale is being told by a rival of Mozart (Tom Hulce), an old man version of Salieri (F. Murray Abraham) brought such an interesting spin to everything that is being said.  We have no idea if anything that Salieri said was true or even close to being true.  As a rival of Mozart, Salieri is a perfect example of an unreliable narrator, someone who sees the story through their own perspective.

F. Murray Abraham is wonderful as Salieri and Tom Hulce turns a great comedic performance as the man-child Mozart.  Both men were nominated for Academy Awards for Best Actor, with Abraham taking the prize.  The film won a ton of Academy Awards and other awards back in the 1980s and I can see the reason why.

Amadeus is very funny, but it is also able to turn on a dime and show off drama that borders on tragedy.  There is a fine line between humor and tragedy and there has not been a better film to illustrate that concept than Amadeus.

It also has a fascinating turn by Jeffrey Jones, an actor known for playing comedic villains such as Ed Rooney in Ferris Bueller’s Day Off.  Jones’s portrayal of the Emperor is both funny and beguiling.  I enjoyed his work here.

I did enjoy the film, but I will say that it would not make my number one spot on a music biopic list. It would certainly be in the top 5, however.