There is a great deal of content available on YouTube that is every bit as entertaining, if not more so, than what is being presented on network or cable TV.  Here is the top 10 of the year 2018.

#10.  Movie Bob Reviews.  I enjoy the wit of Movie Bob.  I do not always agree with his assessments of the films he is reviewing, but that is the beauty of film commentary.  Two people can see the same movie in completely different ways.  And I always get a laugh from Movie Bob.

#9.  Josh Macuga plays horror video games.  This is a series of videos from Collider that highlight Josh Maguca, one of their employees, playing VR games.  Nothing to that, you say?  Well, the hook here is that Josh Macuga is one of the most easily scared individuals on the internet and his reactions to the scary imagery in these games is sidesplitting fun.  His screams seem fake, but he assures us, they are not.

#8.  SJU.  Screen Junkies Universe.   They discuss the latest movie news with some of the more engaging critics on the internet.  Dan Murrell, Joe Starr, Roth Cornet, Spencer Gilbert among many others fill the time with witticism and criticism.  This is also the crew behind the successful Honest Trailers.

#7. Honest Trailers.  Speaking of Honest Trailers, here it is.  Three time Emmy nominated, Honest Trailers picks a different movie each week and makes a trailer that pokes fun at it.  However, the best part is the trailer commentaries that they have which, many times, includes the creators of the films themselves.

#6.  Collider Movie Review Talk.  Starring Scott “Movie” Mantz and two revolving critics a week, this show reviews the week’s new releases and gives you recommendations for streaming movies or Blu-ray films.  Scott Mantz’s over-sized personality is the selling point of this show which drops on Collider every Friday. 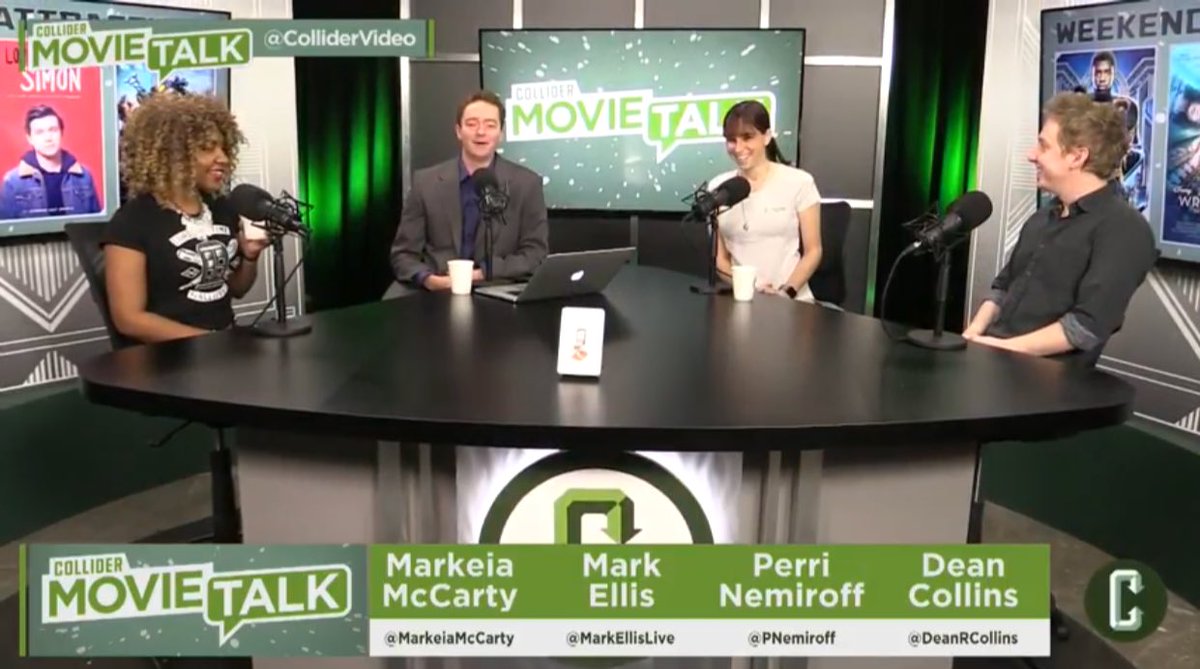 #5.  Collider Movie Talk.  This is one of the longest running movie talk programs on YouTube.  Mark Ellis is you host of this show that runs Monday through Thursday in the evening hours.  They also have a revolving panel of guests featuring personalities such as John Rocha, Perri Nemiroff, Jeff Snyder, Mark Reilly etc.

#4.  Fatman Beyond.  The new title for Fatman on Batman, a podcast that includes Kevin Smith and Marc Bernardin talking to fans about the events happening in pop culture.  The show is now recorded at the Star wars inspired Scum and Villainy Cantina in Los Angeles.  Kevin Smith is a natural story teller and Marc Bernardin is one of the smartest people around.  They are fun together and they have an easy chemistry with each other.

#3.  Collider Live.  At one time, Kristian Harloff and Mark Ellis, the Schmoes, had a show that they recorded live every week.  It involved movie discussion along with all kinds of silliness and overall wild behavior.  That show had to go on hold for a while but this year, Harloff brought the concept back to a morning show on Collider. Monday-Wednesday features two hours of talk about all kinds of subjects as well as the trademark silliness.  Roxy Striar is one of my favorite additions to the show. 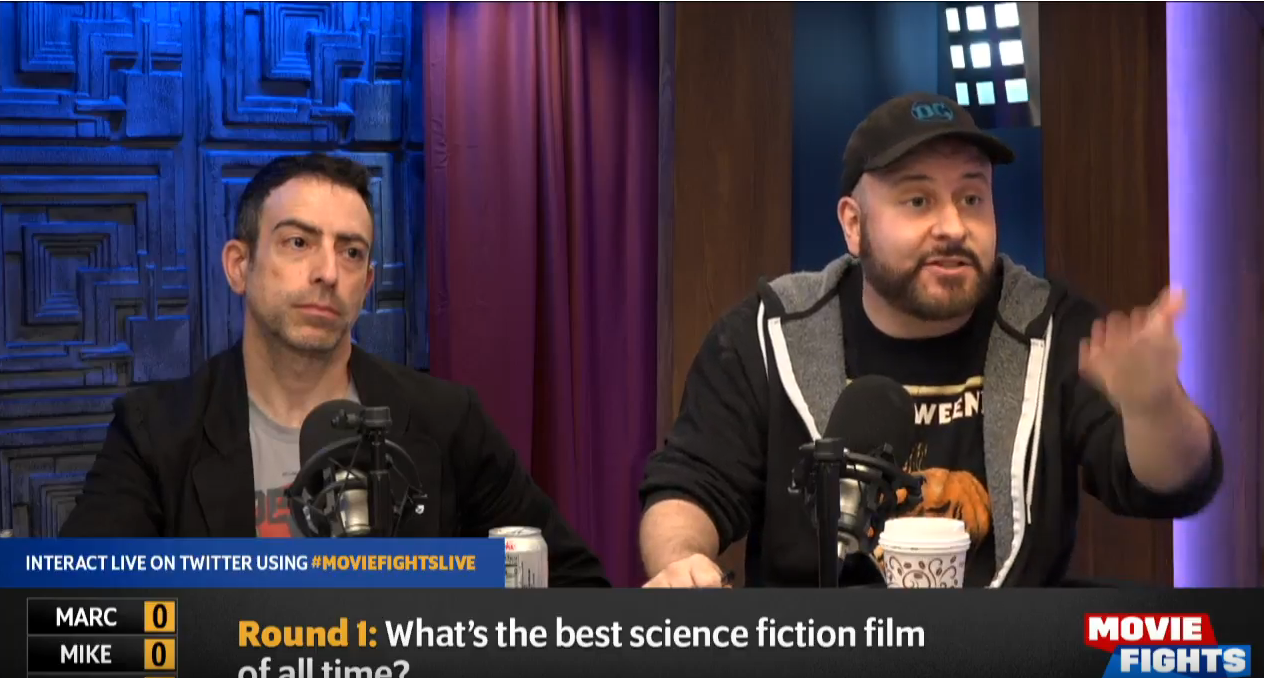 #2.  Movie Fights.  This show has been readjusted a couple of times since the old days and it seems to be returning to its stride.  #HootHoot #OwlNation  Hosted by comedian Hal Rudnick, the show gets three individuals together to have them debate questions about movies (the sillier the better).  Dan Murrell is here as both the reigning Movie Fights Champion and the fact checker and Danielle Radford looks for dank memes on social media.

#1. The Movie Trivia Schmoedown.  Number one for the second year in a row, the Movie Trivia Schmoedown only continues to get better and better.  A movie trivia show that includes storylines and characters much like WWE, Movie Trivia Schmoedown, at its worst, is extremely entertaining.  At its best, it is a must see competition with unbelievably charismatic men and women who know their movie trivia.  The show has several different “divisions” in the league including singles, teams, Innergeekdom, and Star Wars.  John “The Outlaw” Rocha, leader of the 5 Horsemen, is the current Movie

Trivia Schmoedown Champion of the World.  The “Amazing” Mara Knopic is the undefeated Innergeekdom Champion.  The team champions are the Shirewolves (also undefeated) who consists of “Classy” Clark Wolfe and Rachel “The Crusher” Cushing.  Finally the Star Wars Champion is Alex “The Demon” Damon.  The stories may be written but the movie trivia and the emotion and the passion are real.  The show has gotten so big that it has had several live shows in Los Angeles this year and are heading to New York in early 2019.