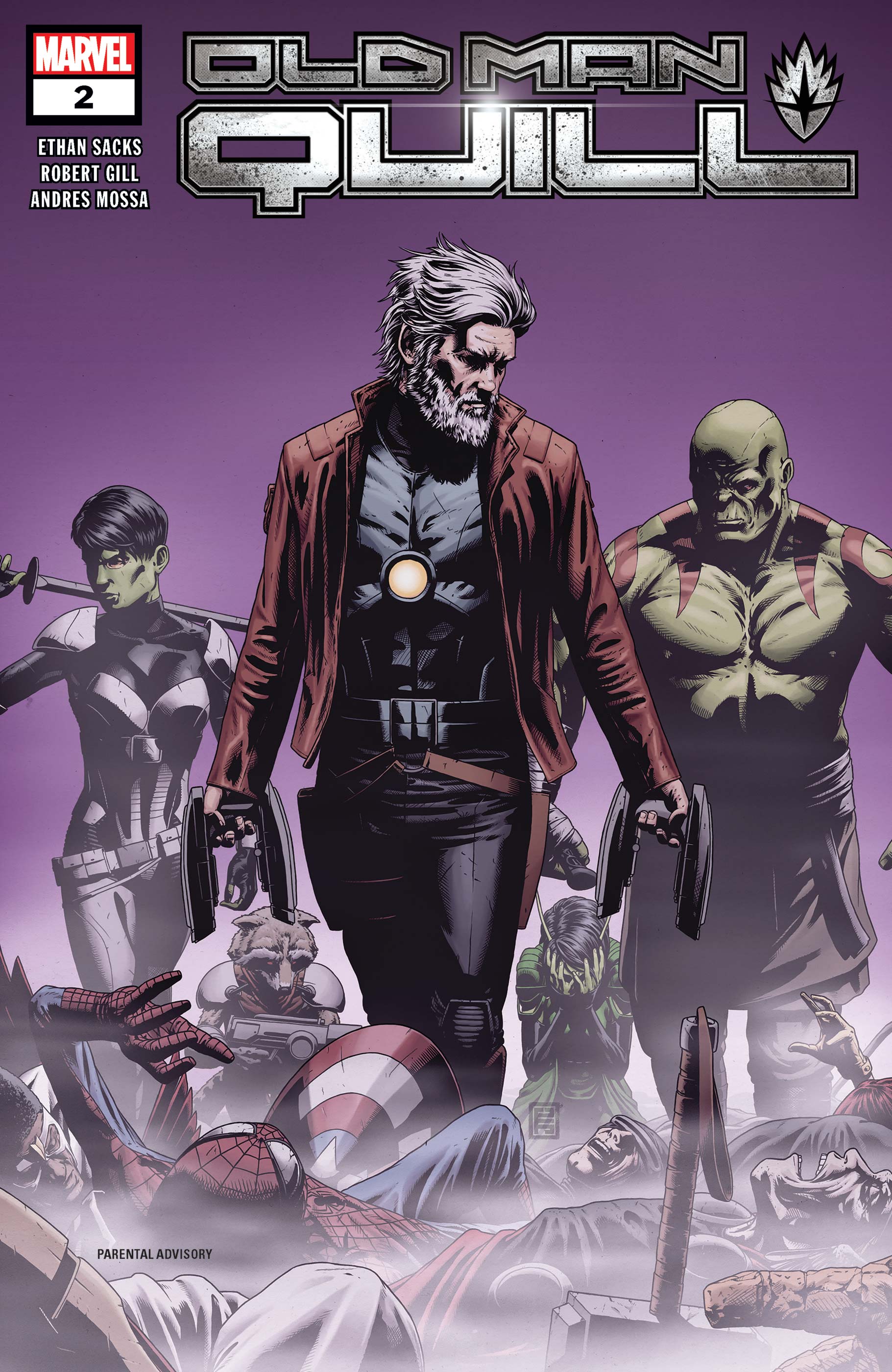 “In the Court of the Crimson King”

Okay, I had no intentions of buying the Old Man Quill series.  I mean, Old Man Logan came out during a period I was not reading comics so I basically missed it, though I knew of the character and enjoyed the take on him in the current X-Men continuity.  I absolutely loved Old Man Hawkeye, but I always had more of a connection to the character of Clint Barton than I did for Peter Quill.

Plus, I have never been much of a fan of the alternate futures or timelines that are not part of the real Marvel Universe.  Those types of stories never appealed to me.  They weren’t my thing.

Of course, I get Marvel #1s in my pull list so I gave Old Man Quill #1 a read and …dang it… this was way better than I had thought it would be.  Enough so that I got number two, and… it was better than number one.

Looks like I am reading another old man story.

With the remaining Guardians of the Galaxy arriving on an earth that Quill can barely recognize, Quill, Drax, Rocket, Gamora and Mantis make their way across earth in an attempt to stop the Universal Church of Truth, who were the group to destroy Spartax.

The down-trodden Peter interacting with his “family” in the Guardians really makes this series special and watching these hardened and bittern Guardians deal out justice in a brutal and violent manner is something awesome.

We get Dr. Doom in the series as well, as Doom has stepped up and spread his dominant hand across the planet.

Great writing so far and the art is solid for the story being told.  I did not want to be buying Old Man Quill, but I am, and I am enjoying it!