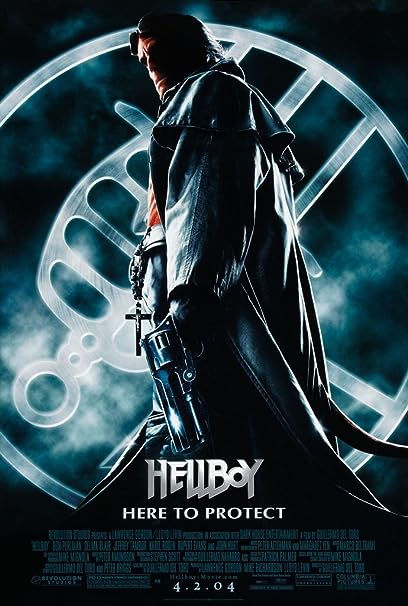 Dark Comics’ Hellboy is set to return to the big screen this year with a new version of the movie featuring David Harbour in the titular role.  Because of that, I figured that it was time for me to see the Hellboy original film featuring Ron Perlman and directed by Guillermo del Toro.

I have never seen the first Hellboy (I believe seen pieces of Hellboy 2), so I found it on Netflix and set out to watch the Dark Horse property.

I found this to be a bit of a mixed bag.  I was not a huge fan of the first part of the movie, but I do believe it picked up dramatically as it continued.  The story was fairly complicated and difficult to follow and I disliked the main villain, Rasputin (Karel Roden).  However, Hellboy was unique and clever, with a wit that helped keep this movie engaging and fresh at all times.

Based on Mike Mignola’s work in the comics, Hellboy takes some time getting going, but the pay off is worthwhile.

I enjoyed the work of John Hurt as Prof. Trevor Bruttenholm, the man who rescued young Hellboy from the Nazis who intended on using the demon to turn the tides of World War II.  Hurt is warm and caring and provides a perfect counterbalance to the young “monster” he rescued and trained as a super hero against the world of the paranormal.

While this was not my most favorite film ever, I enjoyed more of it than I did not.  I expect the sequel will be better yet. It has helped make me more interested in the new version and that is part of the reason for this watch.