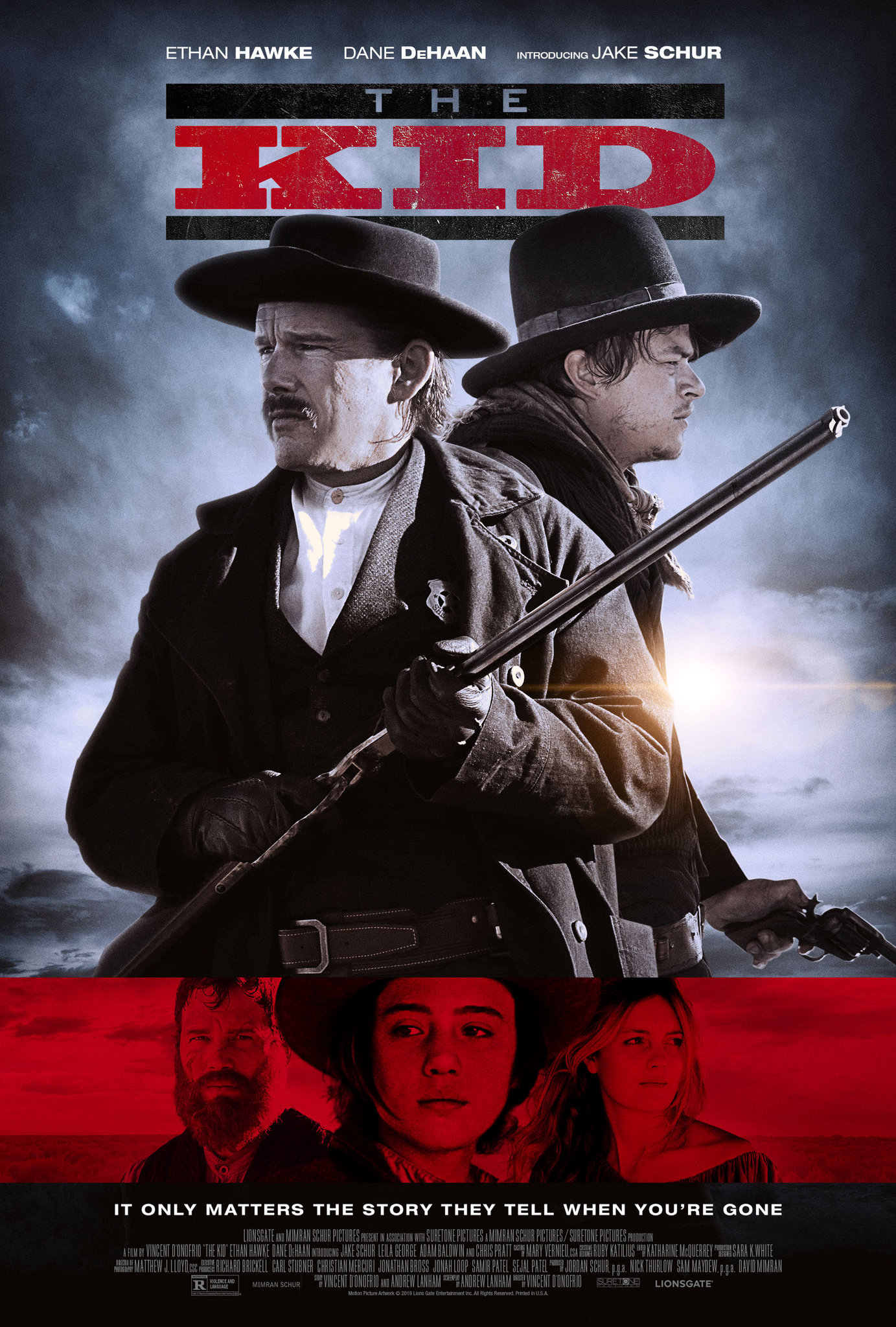 This encounter has been shown on film before but this time, the main focus of this film is on a different Kid than Billy.  Rio Cutler (Jake Schur) is a young adolescent boy who shot and killed his father as his father was beating his mother to death.  Running from his vengeful uncle Grant (Chris Pratt), Rio and his sister Sara (Leila George) accidentally come across Billy the Kid and his gang.  Unfortunately for them, this is just prior to Sheriff Pt Garrett’s arrival and capture of Billy.

Spinning a yarn about why they were there, Rio and Sara accompany Garrett as he is on his way to take Billy the Kid back to stand trial and to be hanged.

Along the way, Rio struggled to deal with what he had done, while seeing the two Western icons as potential role models.

The Kid is quite violent and bloody in many spots as the consequences of these bullets are obvious to the audience.  The film does not shy away from the idea that actions have consequences and the main theme of it is important of what you do next is a key one.  There are some strong ideas at play here, some covered better than others.

Dane DeHaan is excellent as Billy the Kid. He is charismatic and likable and, with this portrayal, you can understand why the young outlaw was able to accomplish what he did.  Ethan Hawke is very strong as he always is as Pat Garrett.  Hawke shows his struggles with doing what is right while sticking true to his core values.  The relationship between these two characters is one of the more intriguing parts of the movie.

What did lack at times was the relationship between the two icons and the boy, Rio.  I can see Rio as idolizing them and connecting himself with both of them, but, especially with what occurs, I am not sure that the relationship from the adults really fit well.  And it felt as if it were just a plot contrivance when Rio goes to Garrett to confess.  I am not sure I believed that they had a close enough relationship for Rio to take the chance he did.  Maybe he felt as if he had no other option.

Certainly, Billy the Kid sees himself in Rio and perhaps he wishes that he could be at a place in his life where he could have chosen another path.  Garrett did not seem to have the same connection with Rio outside of a caring adult to a child.

The sister becomes nothing more than a plot point though.  At first, she is the one getting in Rio’s head about telling what happened, and then, after she is taken away, she becomes the MacGuffin for Rio.  On the same weekend as Captain Marvel flies high with female power, The Kid does not have much of its own.

D’onofrio does a great job with the shots of the film, bringing that feeling of an authentic Western to The Kid.  The shootouts are dramatic and filled with tension and the message is strong.  I enjoyed the film for the most parts, though it felt as if there were some connective tissue missing in the plot and between the characters.  It was a decent Western to watch on a rainy afternoon, though.