Back once again.  I did not do the list from last week with John and Matt playing the live show from London where they did the following:  American actor in British films.  I liked the category, but I did not want to do the research for the list and the Wednesday classic episode about Morgan Freeman was a good one, but I did not have time to do that one either.  So I was exited about this week.

Then they did the Top 10 movies of the 90s by year.  This was hard.  There are so many great choices that ended up not on my list.  The rule was you could only pick one movie from each year 1990-1999 and then order them by preference.  There were a couple of years that I really had to debate.

I will be adding the runners-up at the end of each number.

#10.  Scream (1996).  This was the hardest of all of the years because there were three films that I listed and I had a hell of a hard time choosing one.  This is number 10 because I struggled to choose between the three of this year’s films.  I love this horror/comedy film featuring Ghostface that reinvigorated the slasher genre by deconstructing the genre.  Runners-Up:  The Birdcage, Fargo (these were the other two that nearly made this list.

#9.  The Big Lebowski (1998).  I only just recently saw this and that is the reason for it being lower on this list.  Actually, I had avoided this because I am not a big fan of stoner films and I thought this one would be like that.  However, I found it incredibly funny and I enjoyed it completely.  The Dude is one of the iconic characters of all time and I wish I had seen this way before I did.  Runner-Up:  Enemy of the State

#8.  Apollo 13 (1995).  I love this Ron Howard directed film.  It tells an unbelievable true story of the greatest failure ever from NASA.  Starring Tom Hanks as real life astronaut Jim Lovell, the late, great Bill Paxton plays Fred Haise, Kevin Bacon plays Jack Swigert and Gary Sinise plays the “still-not-sick” Ken Mattingly.  This film grabbed me at the start and I was totally on board the entire time.  It was awesome to see smart people dealing with crises with intelligence.  Apollo 13 was one of my favorites of the 1990s.  Runner-Up:  Toy Story 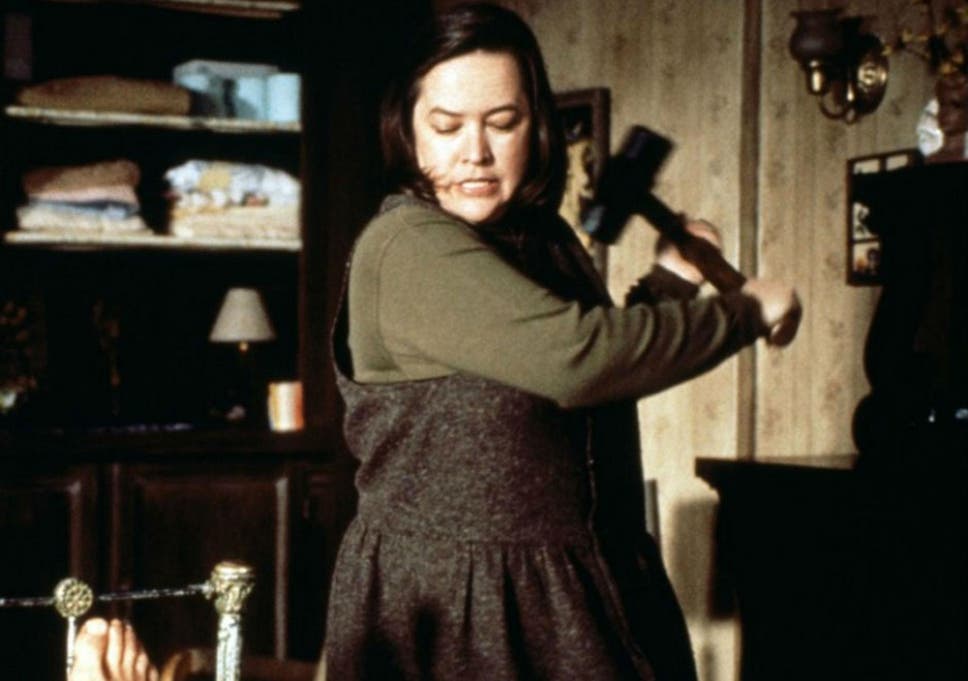 #7.  Misery (1990).  Another tough choice as there were quite a few possibilities on this list, but the Stephen King adapted film with an amazingly creepy performance from Kathy Bates just makes this a huge winner for me.  The scene with the sledgehammer is as uncomfortable of a scene as there has ever been.  It is as cringe-inducing as you will ever find on screen.  Runner-Up:  Die Hard 2

#6.  The Fugitive (1993).  Dr. Richard Kimble’s wife had been murdered by a one armed man, or so he claims.  Unfortunately for Kimble, the police did not really buy that story, arrested him and convicted him of murder.  One bus/train accident later, Richard Kimble was on the run as the fugitive.  And what makes it worse… Tommy Lee Jones was a U.S. Marshal was after him… and he did not care that Kimble was innocent, or so he claims.  The Fugitive was an epic film.  Runner-Up:  Schindler’s List

#5.  Shawshank Redemption (1994).  What an amazing film.  Andy Dufresne and “Red” Ellis Boyd have one of the top friendships in movie history and there was so much drama surrounding all of the prisoners.  Had I done that Morgan Freeman list that I nearly did, this one would have placed at the top.  Freeman is perfect in this role and you are completely engaged by him.  Runner-Up:  Pulp Fiction.

#4. Terminator 2 (1991).  The classic Arnold action film where we see the return of the Terminator, only to discover that he is back to save Sarah Connor and John from a brand new (and downright freaky) Terminator, the T1000.  It really seemed as if nothing was ever going to stop the T1000 from accomplishing its mission to kill John and Sarah and that brought serious stakes to the film.  It really was a tremendous movie.  Runner-Up:  Silence of the Lambs 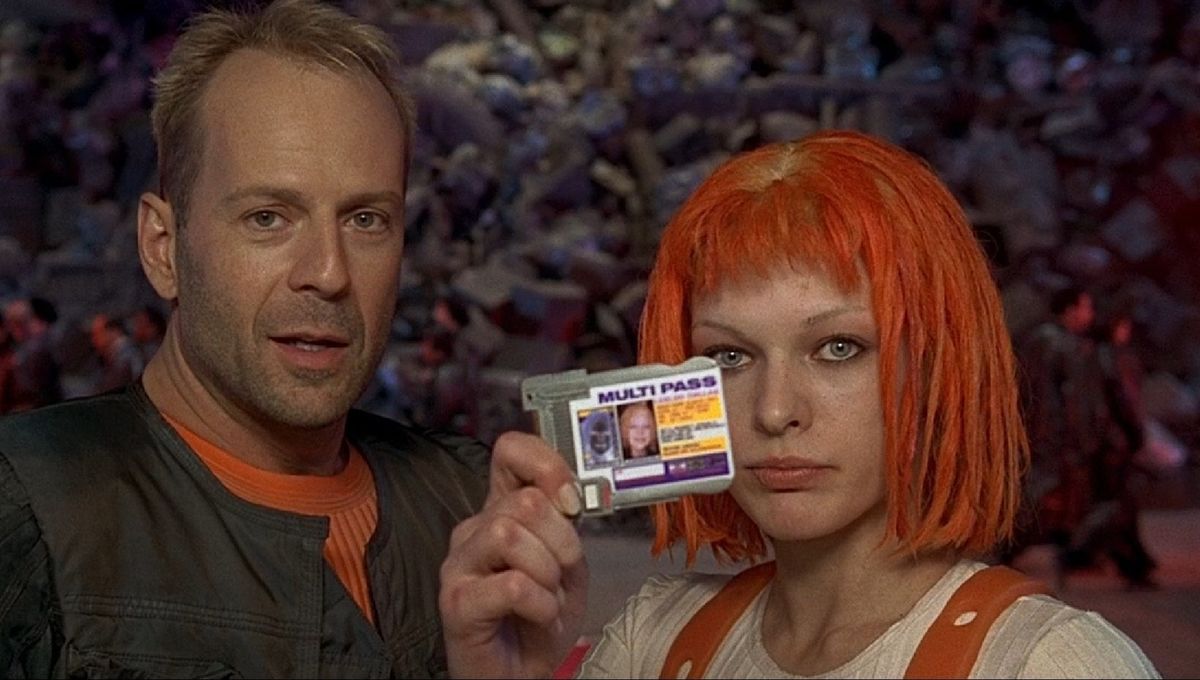 #3.  The Fifth Element (1997).    Leeloo Dallas multipass!  Chicken, GOOD!  This is one of my favorite Bruce Willis movies that sneaked under the radar.  The Fifth Element was such a fantastic science fiction film by director Luc Besson.  There is so many classic moments and scenes that I could not do it justice.  I do the “Chicken, good” line to this day.  This is full of excitement, drama, humor, a great relationship between Leeloo and Korbin Dallas, a star turn from Chris Tucker, a blue diva singing opera unlike any opera you’ve ever seen, and NEGOTIATIONS!  Creative.  Original.  Perfect.  Runner-Up:  Good Will Hunting.

#2.  A League of Their Own (1992).  Another brilliantly quotable movie.  Everybody remembers “there’s no crying in baseball” but there are some I remember even more than that.  When Jimmy Dugan asks the umpire, “Anyone ever tell you that you look like a penis with a little hat on?”, I absolutely die, but what was even better was Dugan said “You misunderstood me!”  LOL.  Then, the quote “It’s supposed to be hard.  If it wasn’t hard everyone would do it.  The hard is what makes it great.” is on my classroom wall.  I love this movie and it may be my favorite baseball movie of all time.  Runner-up:  Aladdin. 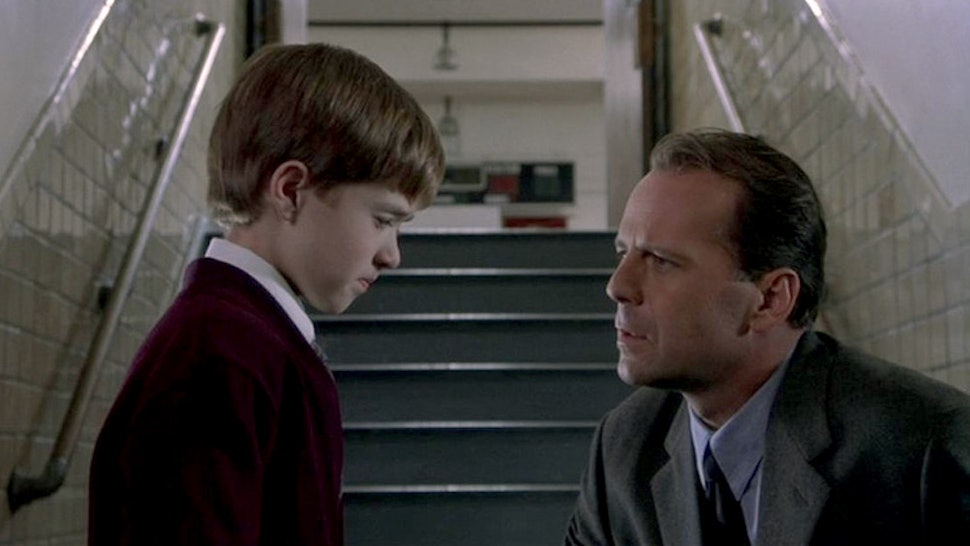 #1.  The Sixth Sense (1999).  I never saw the twist coming.  And I am really good at sniffing these things out and when it caught me off guard, it took a decent film and, for me, transformed it into a brilliant one.  Haley Joel Osment is utterly spectacular as Cole, the little boy who saw dead people.  Bruce Willis gives a wonderful performance, understated and subtle, way more than we were used to seeing him give.  Toni Collette gets forgotten some times, but she was amazing here too (Oscar nominated).  Even with the twist revealed, you can still watch this movie by looking for the clues that were sprinkled through the film by M. Night Shyamalan.  They’re there.  It is a wonderfully written, acted and shot film.  Runner-Up:  The Matrix