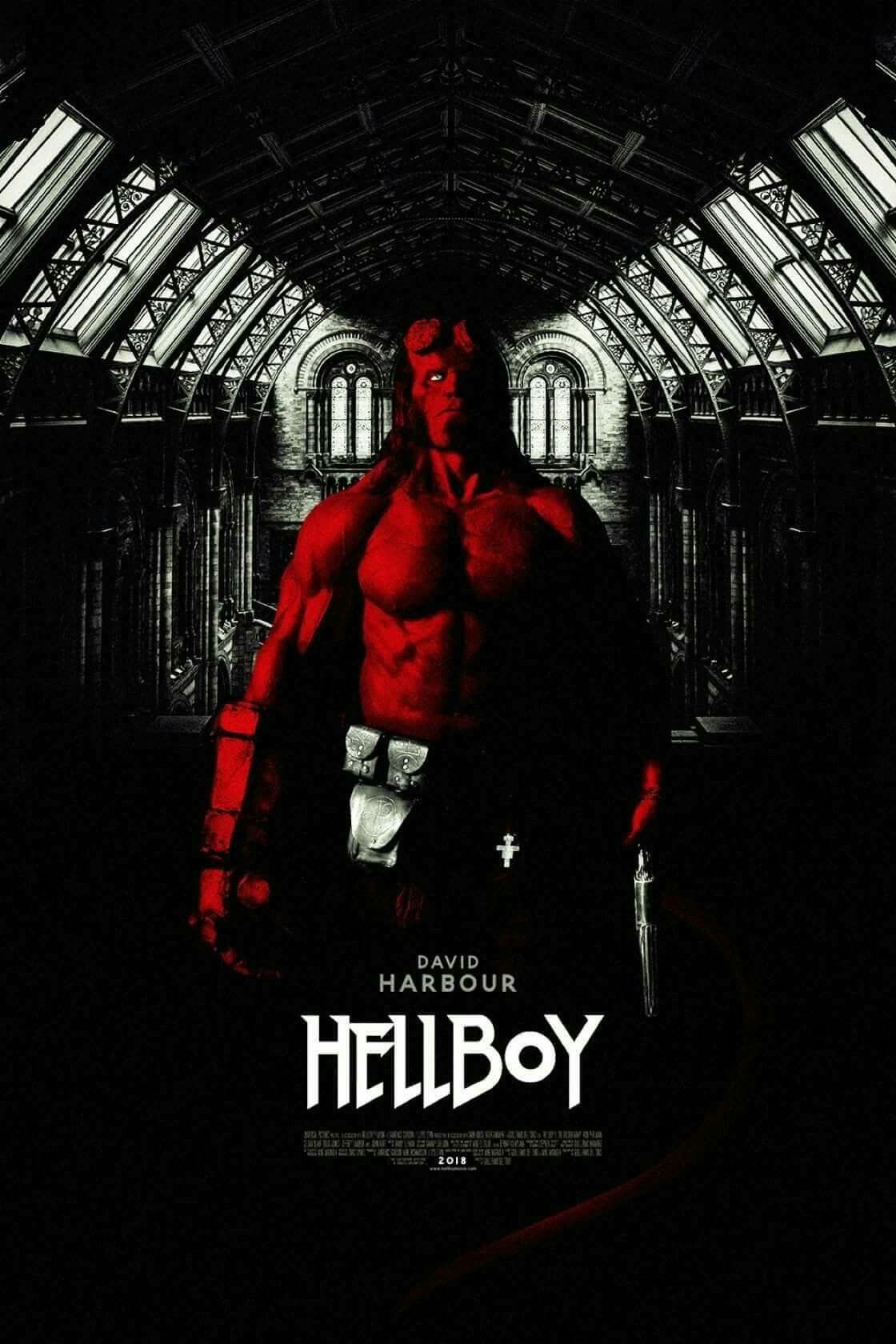 I had heard that the new version of Hellboy, starring David Harbour as Hellboy, was getting terrible reviews. In fact, I had heard that the film was at 9% on Rotten Tomatoes (as of this writing it stands at 15%).  This was a bad sign and, I was not that much of a fan of Hellboy already, but I went in with an open mind in my attempt to review it.

I will say that I did not think that the new Hellboy was anywhere near as bad as 15% on Rotten Tomatoes.  I would guess it should be around 30%.  Of course that means the film was not good.  I did not think it was as horrid as many of the reviews did, but it was a long way from good.

The reboot of the Guillermo del Toro films really had some moments that lacked anything special.  There were some decent moments as well, but they were few and far between.

Hellboy is a half-demon who was brought to the world as a child by Nazis in an attempt to destroy it only to be taken and saved by Professor Broom (Ian McShane), who raised Hellboy as his own.  He would become a paranormal investigator with the BPRD (Bureau for Paranormal Research and Defense).

Unfortunately, one of the most dangerous witches of the past, The Blood Queen (Milla Jovovich) is trying to be resurrected by the forces of evil and Hellboy is needed to stop her.  Joined by Alice (Sasha Lane) and Ben Daimio (Daniel Dae Kim), Hellboy goes to great lengths to prevent the end of it all.

I found much of this movie downright boring.  It was a long movie already and the boring parts made it feel even longer still.  It was not a well put together or paced film and the CGI, most of the time, looked cheap.

David Harbour was fine as Hellboy, but I got conflicting tones from him.  Very few of the jokes dropped by Hellboy worked and several of them were eye rollers.  Hellboy looked better than most of the CGI though, as much of what was on Harbour was practical make-up.

The film was violent, which is not a terrible thing, but there just did not seem to be much art to it.  Basically there was blood splatter and they cut off some heads.  Honestly, every time SPOILERS the blood Queen’s head was chopped off, it was simply hilarious.  I don’t think that was their intended reaction, but it was very funny.

I disliked the story telling gimmick they used multiple times as several different characters provided voice-overs with flashbacks detailing an important part of their past. This was always exposition heavy and added to the dullness of the story.  It certainly did not pop as some of the better scenes did.

Based on Mike Mignola’s graphic novels, Hellboy does not feel like a super hero movie.  It actually feels more like a horror movie, but not a very good one.