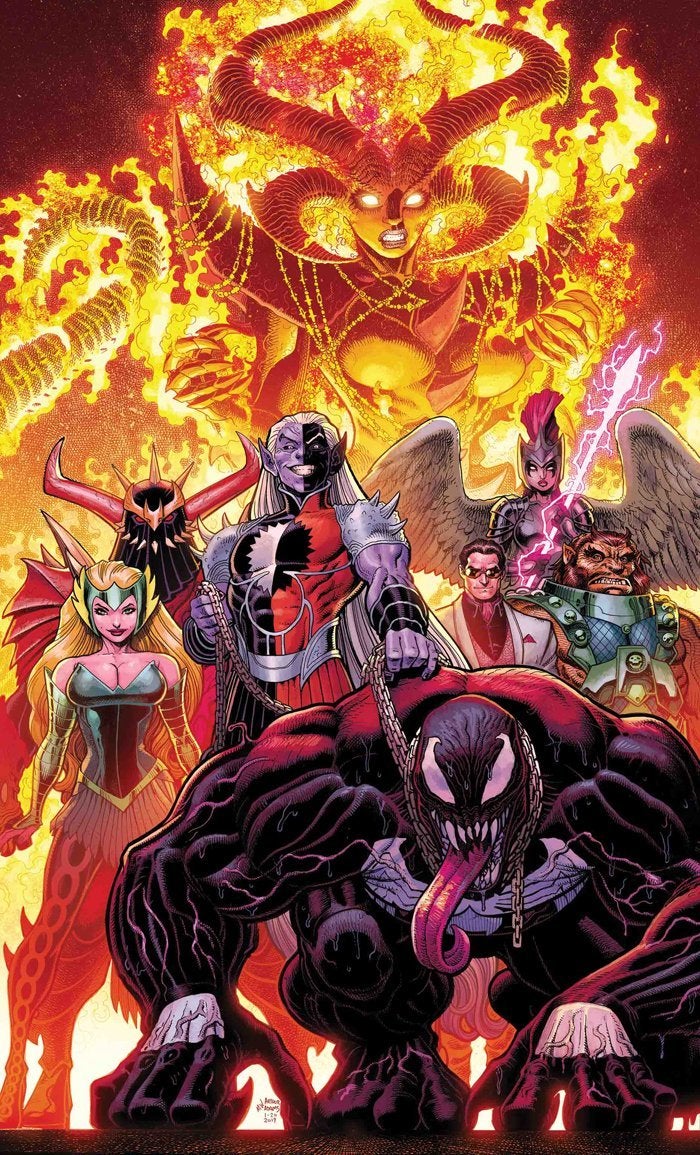 The War of the Realms #4

“Chapter Four:  The Stand at the Black Bridge”

There have been a lot of positive word of mouth over The War of the Realms, Marvel’s big crossover event  written by Jason Aaron.  Unfortunately, it just has not been hitting the beats for me.

Not even mentioning the fact that there are a ton of crossover issues or new short series that only tangentially connect to the main story, but the main story itself feels too all over the place to truly enjoy.  It also feels as if the story is just a series of shock value scenes that may or may not be fixed in six months.

And honestly, SPOILERS— I just about laughed my head off at Iron Odin.  Especially an Iron Odin that lasts, literally, three pages.  What the hell is going on?

The Asgardian cast is really being decimated which does make me wonder what the future holds for them.  Of course, I don’t for one minute believe that Loki is dead, from issue #1 (I think), but Brunhilde last issue is a way to bring Jane Foster back to the forefront (for some reason).

The book looks great and I like the prestige format of it, but I have not found it worthy so far.  I hope it picks up.  I am a fan of Jason Aaron so I plan on continuing to read it for however long it takes, but this has been a downer so far.