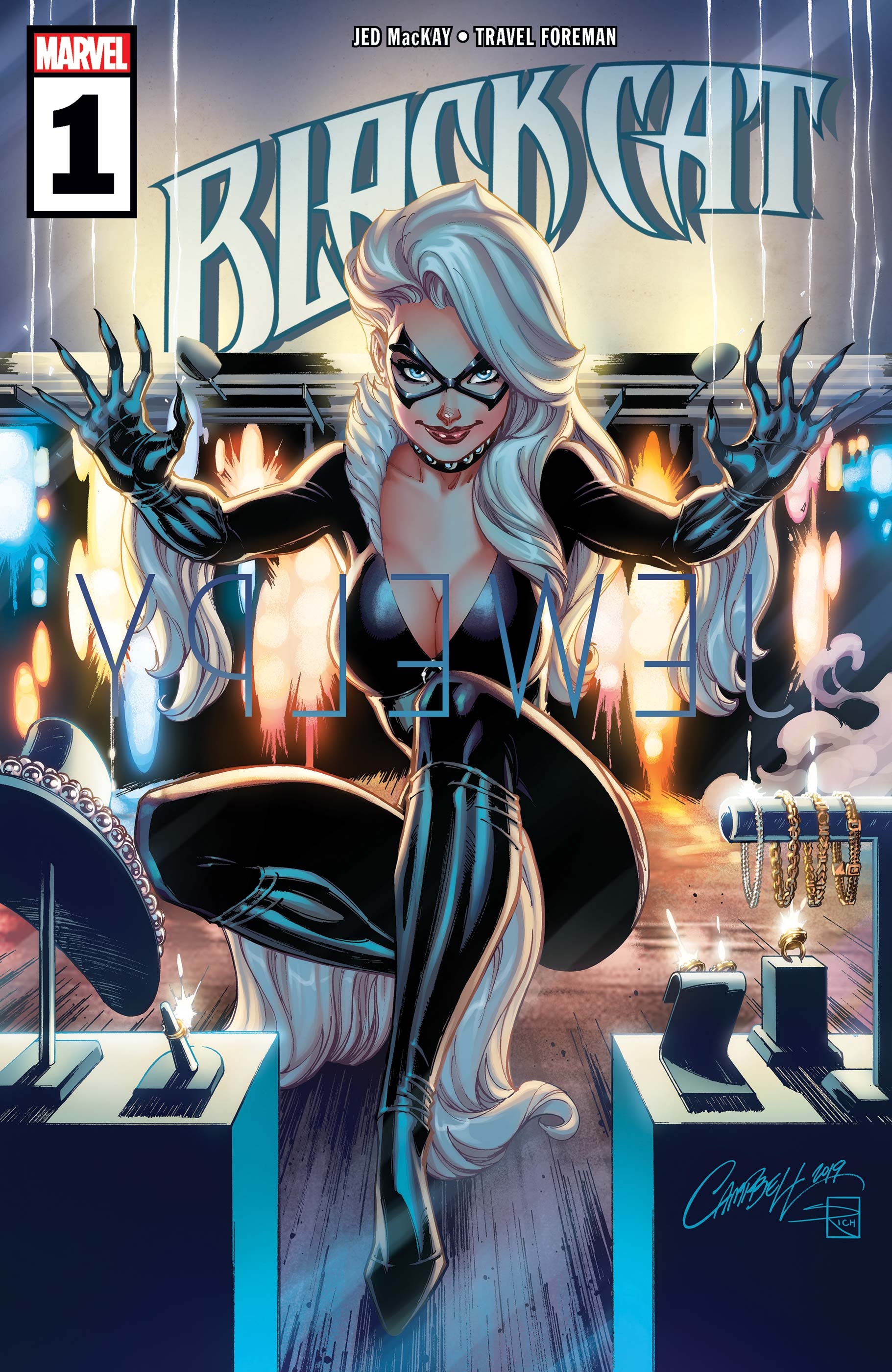 “The Ongoing Adventures of The Black Cat and Her Purrfect Purrloiners”

One of my favorite secondary Spider-Man characters is Felicia Hardy, aka the Black Cat, so I was excited to see the first issue of the new series featuring our feline thief.

I am not sure I would have split this into the three shorter stories that are inside this issue.  I think I would have rather had a full first issue story and not have the two backup stories.  The first back up story is simply two pages and I am not sure how necessary it is.  The second back up story deals with the Black Fox and seems to feature Dracula.  That immediately made me wonder where this falls in Marvel continuity, because the last time I saw Dracula, he was in a Russian gulag and in really bad shape.

As for the main story here, I like the way Felicia is shown, but the comparisons to Catwoman is impossible to avoid.  I do like how the security guards at this museum know who Felicia is and her very presence causes chaos.  I like the two supporting cast members introduced here.

The comic makes a reference to Felicia’s super hero heist, which was used in Amazing Spider-man recently, so the Thieves Guild is still a problem for her.  This will most likely continue to expand as the series continues.

I would say that I liked this book fairly well and that I see some potentially strong stories that could be told.  I hope that the book continues to improve because I tend to pick up Spider-man related books (Silk, Scarlet Spider, Venom etc) only to fall behind reading them.  This, of ocurse, leads to me stopping buying them.  I would like to keep Black Cat going.