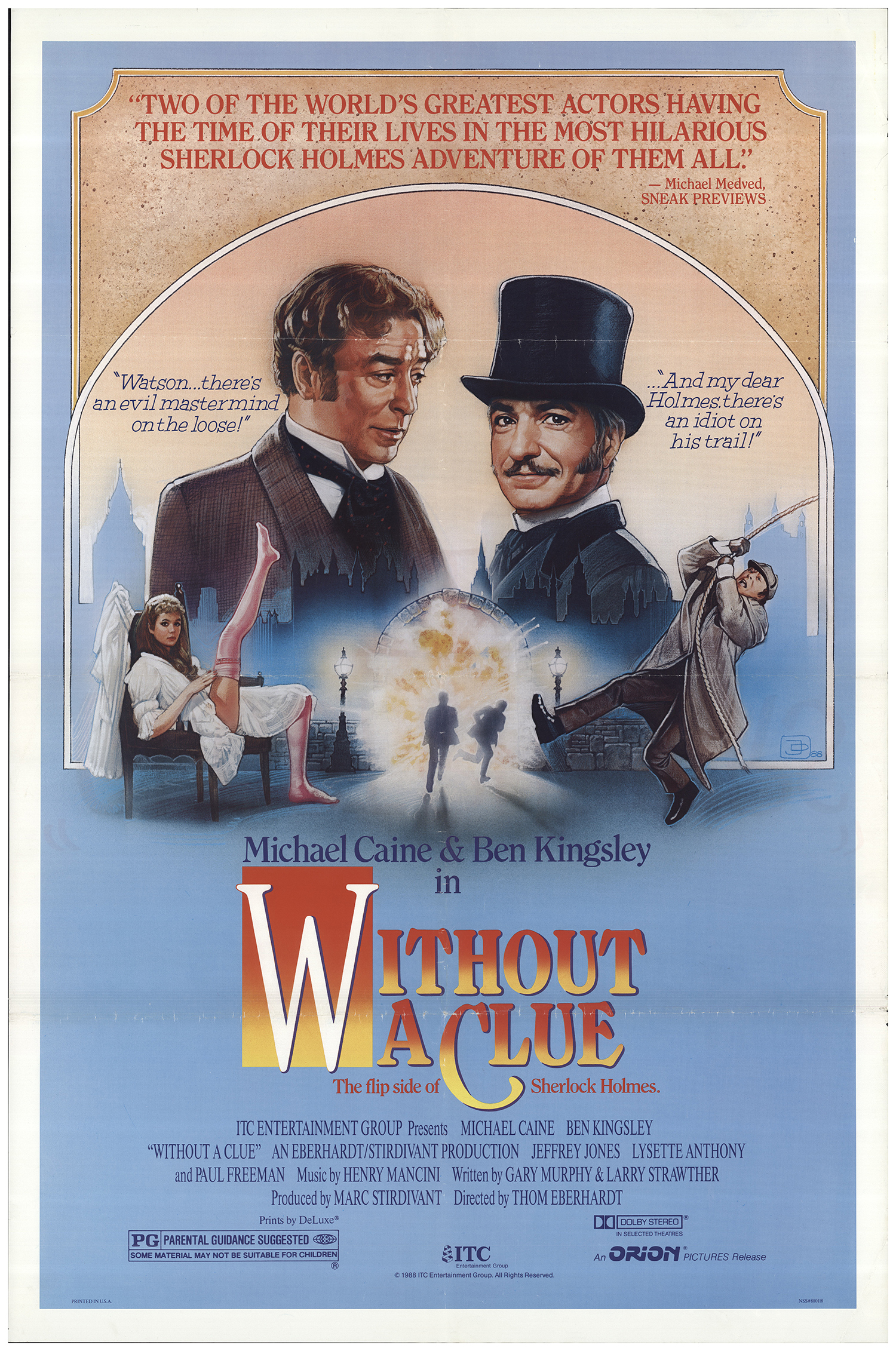 This was a film that wound up on my summer to watch list after John Rocha recommended it on a Top 10 Ben Kingsley movies episode of the classic Top 10 Show.  I had just recently seen Holmes & Watson, one of the worst movies of all-time, and this sounded like a much better comedy.  My time was not as open at that point, but I got around to that list tonight and I enjoyed the recommendation.

In Without a Clue, Dr. John Watson (Ben Kingsley) was the true driving force behind the cases of Sherlock Holmes, going as far as to hire an actor Reginald Kincaid (Michael Caine) to be the face of the role of Sherlock Holmes .

As it turned out, Reginald Kincaid/Sherlock Holmes was more of an idiot than anything else, requiring notes and lines for memorization by Dr. Watson, who would chronicle the events of their adventures for the papers.

However, a case that became an extremely dangerous one, featuring the arrival of arch nemesis Moriarty (Paul Freeman) led to some dramatic switching of roles once again.

Michael Caine and Ben Kingsley appear to be having a lot of fun with this comedy, filled with witty banter and slapstick humor.  Their performances are easily the best part of the movie, and bring in the audience to care for these people.  The role swap works exceedingly well.

The movie has a lot of fun with the Sherlock Holmes mythos and it feels like one of the feel good action/adventures from the 1980s.  The twist of Holmes being a fraud and a drunk that gets on Watson’s nerves is a bit that works well throughout the entire film.  Sure the third act works out pretty much the way you expect it would, but that should not take away from the strength of the pairing of Kingsley and Caine.

Jeffrey Jones, who made several films as the villain in the 1980s (including Ferris Bueller’s Day Off, Howard the Duck, Amadeus, Beetlejuice) appears as Inspector Lestrade, Scotland Yard’s contribution to the Holmes stories.  Jones brought his typical put-upon role to this character.

Without A Clue was a fun time and I am glad to have had the chance to finally see it.  Thanks Outlaw!