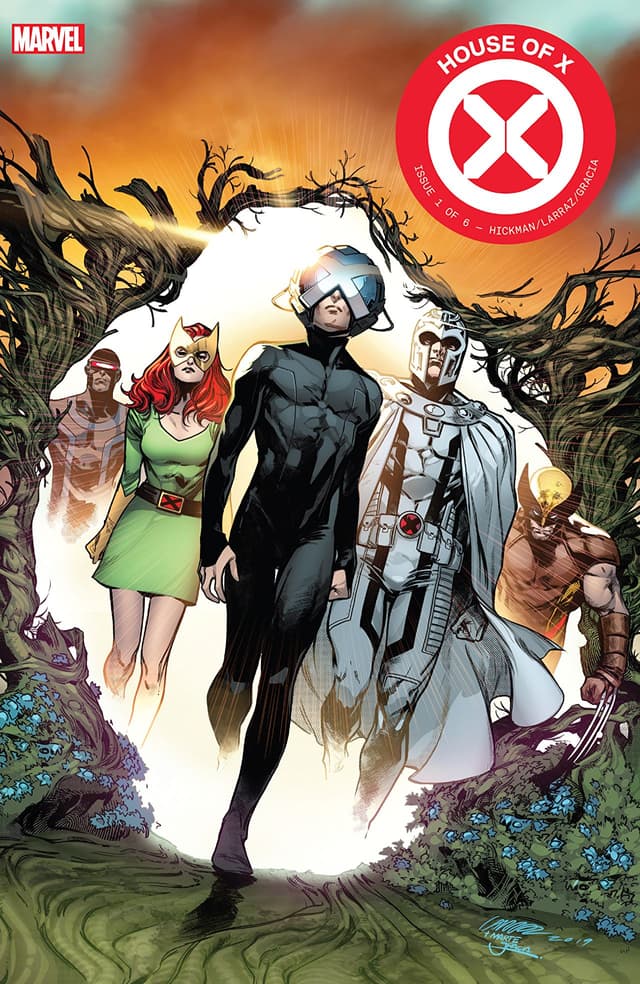 “The House that Xavier Built”

Marvel is, once again, rebooting their X-Men characters, this time behind the vision of writer Jonathan Hickman.  Hickman, the writer behind other Marvel sagas such as Fantastic Four, Secret Wars, Infinity and the recent run on Avengers, has come with some big statements about the new X-books, House of X and next week’s Power of X, and how they will reestablish the status quo for the Marvel mutants.

The first issue of House of X was somewhat challenging to read. There are a lot of setting up places and characters within the book as you are trying to determine the new variations of the X-Men that you know and love.  Much of it works, and, at the very least, creates questions that will keep you wondering about until the next book comes out.

There is a Charles Xavier, walking around apparently alive.  There is something strange going on with Xavier.  Apparently, he was resurrected in Astonishing X-Men (I did not read that book so I do not know- has something to do with Fantomex).  Even still, there is something off about the character.  My first thought when I saw the cover was that this was the Reed Richards from the Ultimates universe, but maybe that is just a similarity in design.  There is a strange cameo in the book that makes me wonder if there is more to this than I thought.

The feel of the book is like a cult, with the mutants taking up residence on Krakoa and Xavier is offering the special flowers that contain effects such as healing and extending life to the humans if they recognize his nation.  Magneto is the ambassador showing government officials around, but there is something that Magneto knows that no one else does…at least we the readers do not know.

I am intrigued by what is happening in the book and I wonder exactly what Hickman has up his sleeve.  This book, along with Powers of X, will be sold, basically, every other week until early October.

I had no longer collected X-Men books (with the exception of Dead Man Logan) and so the new relaunch seems to be a good jumping on point.  I am curious to see how I feel about the X-characters by the end of this mini-series.