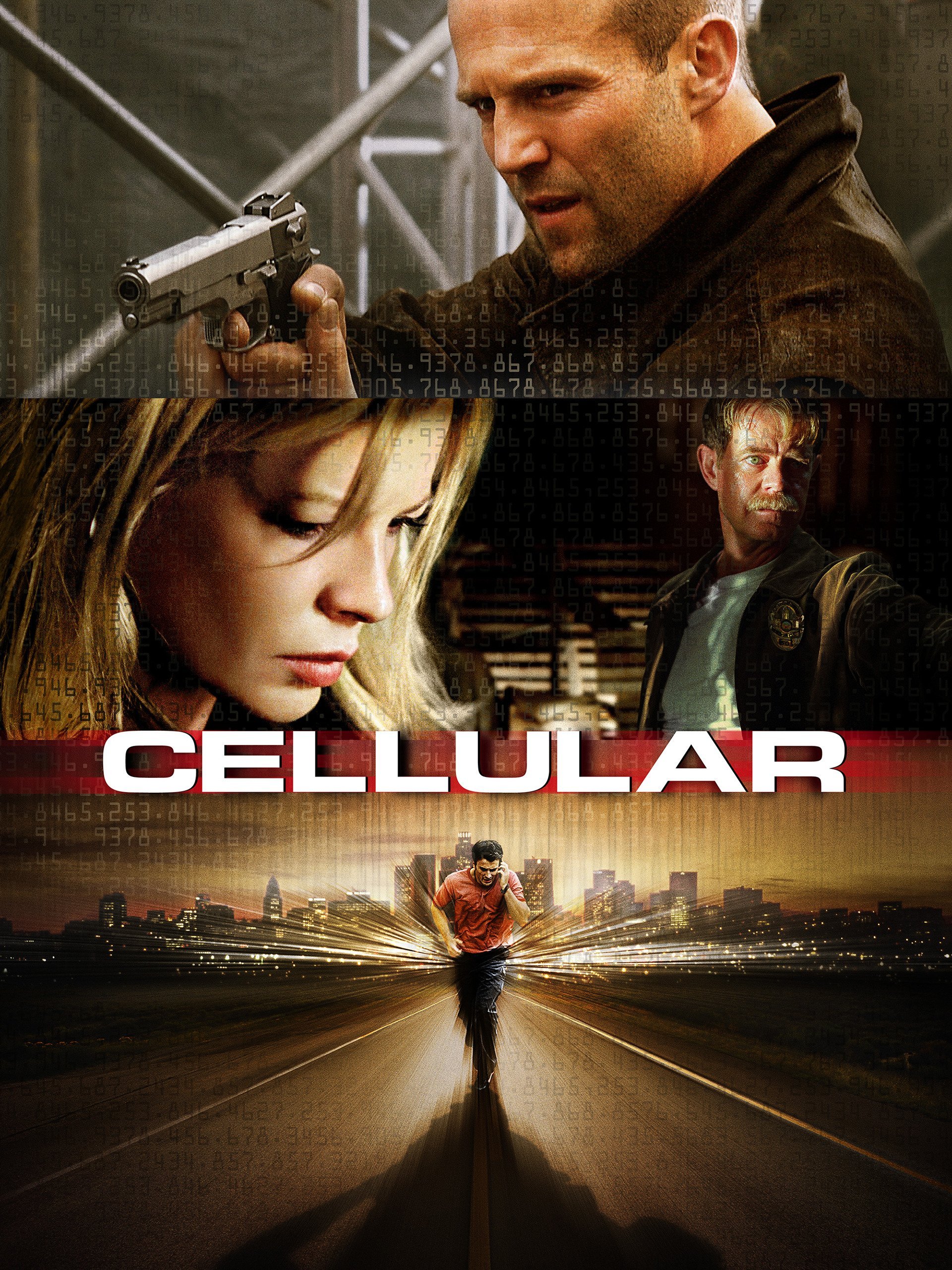 This is one of my favorite, underrated, unknown thrillers and, arguably, my favorite non-Captain America performance from Chris Evans.  Cellular was a small film from 2004, but it was filled with thrills and excitement.

Just as technology started to explode with cell phones, Cellular comes along and shows every little trouble with them and brings out the tension in the situation.  Everything from losing a signal in a tunnel or stairwell, low battery, and crossing lines, Cellular mines these little details into a life and death struggle.

Jessica (Kim Basinger), a high school science teacher is suddenly and unexpectedly kidnapped from her house and thrown into an attic.  Ethan (Jason Statham) and his crew want information from her about her husband, but Jessica is confused.  Ethan smashed the landline phone in the attic and leaves her locked up.

Ryan (Chris Evans) is a young, irresponsible man, out on the beach, trying to get his girlfriend to take him back.  When he picks up a call on his phone, he discovers that Jessica, who has been rubbing wires together on the smashed phone trying to contact anyone, is on the other side, begging him to take the phone to a police officer.  Ryan, despite thinking this was a joke, took the phone to the police station where he encountered Officer Mooney (William H. Macy), who because of sudden chaos breaking out at the station, sent Ryan to a different section.

It was at this time when Ryan hears Ethan arrive and threaten Jessica and he understands that this is no joke.

Then the film dives headlong into a chase film that is as tension-filled and suspenseful as you can get.  Yes, there are a lot of times when you have to suspend disbelief to accept what has happened, but you can say that about any action film.  The films that are successful give you other reasons to suspend that disbelief than just the action bit.  In Cellular, you immediately connect with the relationship between Jessica and Ryan.  Ryan is remarkably likable and Chris Evans shows why he was a great choice to play Steve Rogers in the MCU.

Kim Basinger is not anyone’s victim here either.  She is shown as a mamma lion, willing to do whatever she has to do to protect her family.  She is not a damsel-in-distress and her strength and cleverness is clearly on display.

William H. Macy has a great role as well, providing the audience with a character that is meant to be like us.  He is a disgruntled cop preparing to leave the department and open a day spa.  Everything that happened in the day just stuck with him and he found himself dropped into the middle of the action.

Jason Statham was great as a villain.  This was the time in his career where he played a lot of villains in individual movies, but you could see here that he was heading for more with what he was able to bring to this performance.

There is humor, suspense, thrills.  You may never have heard of Cellular, but this is one that, if you have a couple of hours, will entertain you fully.  I loved Cellular.